Weather: E  1-2  with mist around the estuary, poor light and visibility most of the day.


Members were at the obs when a thrush sized bird was seen to arrive from the west and drop in towards the lookout, investigation found this to be our first Ring Ouzel of the year (a male) which was around the main island and Middle for a couple of hours at least. Other migrants noted included 9 Swallow, a single Wheatear, also a Siskin over and White (4) and Pied (6) Wagtail. 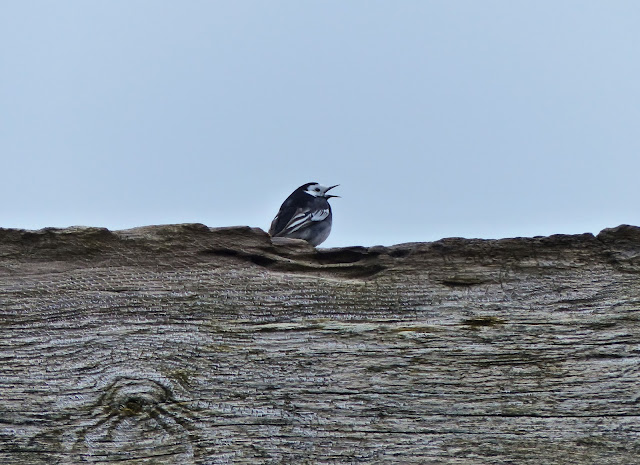 In the paddocks and gardens were a good number of Linnet (18) a Chiffchaff and few Goldcrest.
A good count of 170 Brent Geese included 2 colour ringed birds and a female Eider was present but not associating with the 2 immature males. Along with 70 Common Scoter on the sea were Red Throated Diver, Guillemot, Gannet and Great Crested Grebe, 11 Shelduck were around the islands and the pair of Mallard on the pond. About 40 Sandwich Tern could be heard and seen feeding  close in as the tide ebbed. 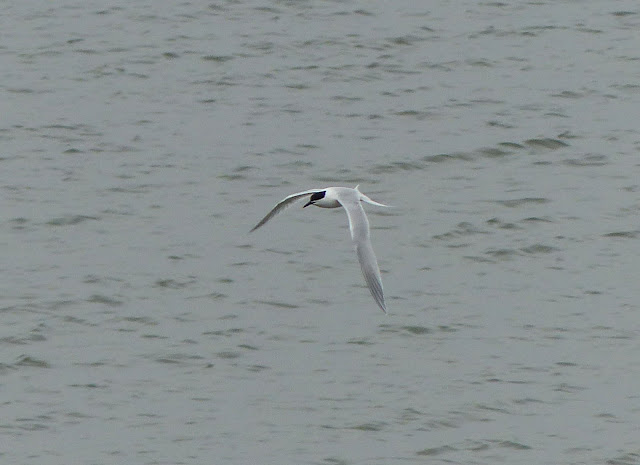 Two Purple Sandpiper were located on the Whaleback after the tide and other waders included 121 Curlew, 6 Bar Tailed Godwit, 360 Knot and 40 Dunlin with Redshank and Turnstone numbers still low. Two Little Egret were on the west side of Middle and a Grey Heron was around the main island.
A Peregrine was seen hunting over the island, and later it was on the East Hoyle sands with prey. A female Merlin flew along the west side early in the day and was later discovered perched on the rocks on the west side of the island, being pestered by Meadow Pipits. 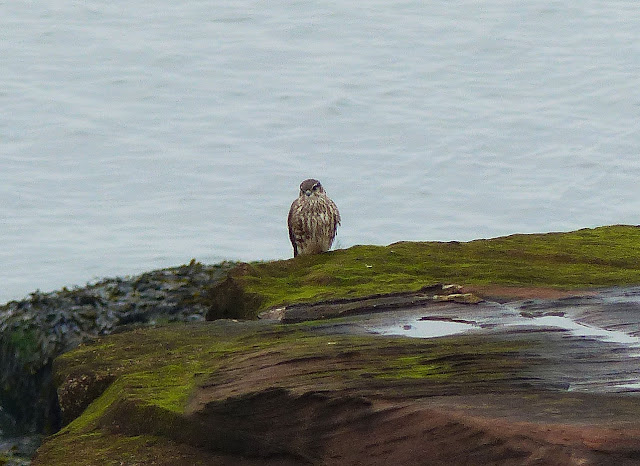 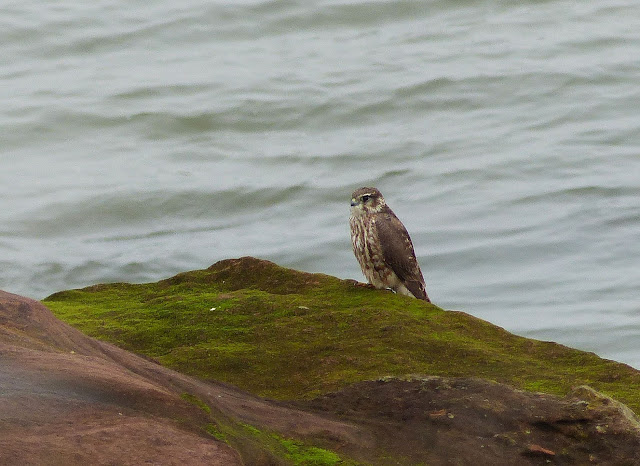