Weather: SSE 1 with rain from 7 am and poor visibility.


Before the rain started there were Meadow Pipits flying over, but not in yesterdays numbers and only 50 were noted. Just ahead of the rain came a single Swallow which spent some time feeding around the lookout area.
The rain brought down a small influx of new Wrens and Robins, also a few Goldcrest and Chiffchaff in the blackthorn, where a Reed Bunting was heard calling and later spotted. Birds of the day though were 3 fresh in Greenland Wheatear, one of which was caught and ringed in a specially adapted Potter trap with rain protection! 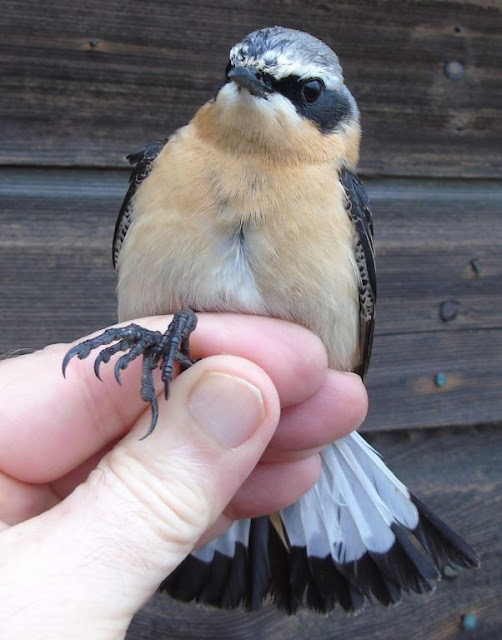 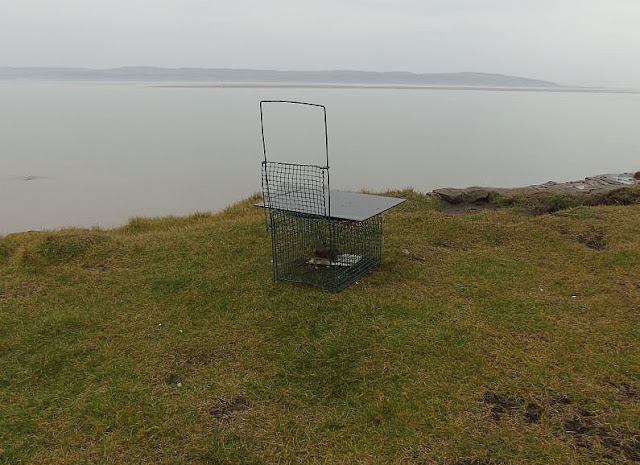 Also noted were a Pied Wagtail, Rock Pipit and a small flock of Linnet.
A Heron was about the island from dawn and the pair of Mallard are still present. 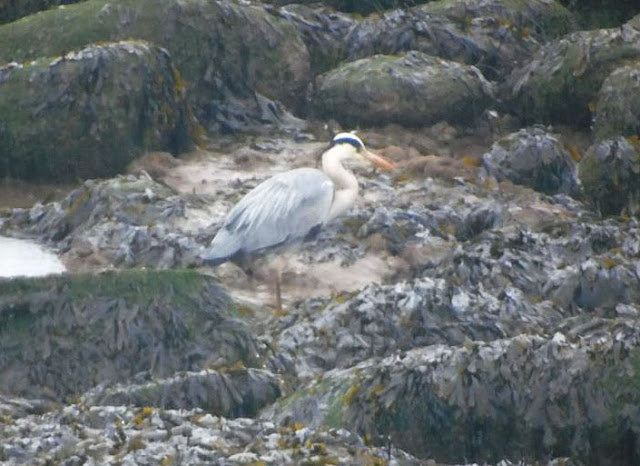