Weather: SE force 0/1   very misty
Conditions seemed perfect this morning for a big fall of warblers but things turned out rather differently. The headlines were 4 new species for the year including a Puffin off the north east corner of the island which settled for about 15 minutes before flying east. 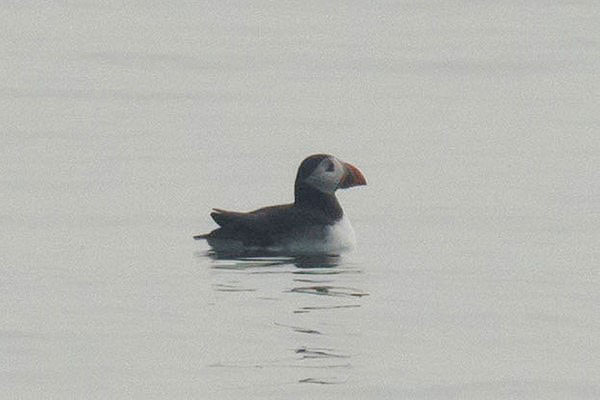 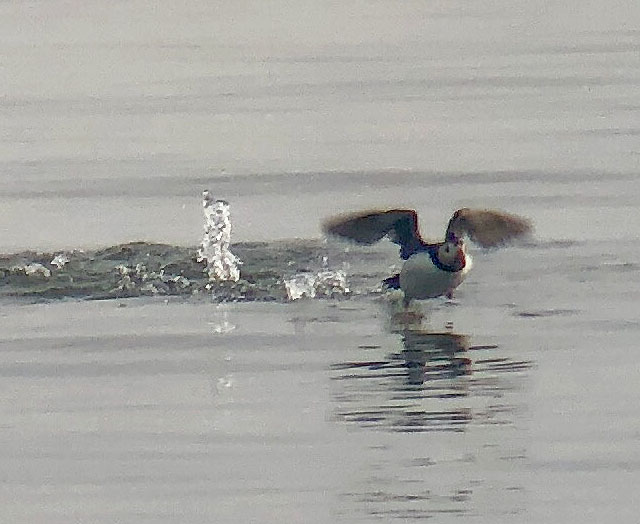 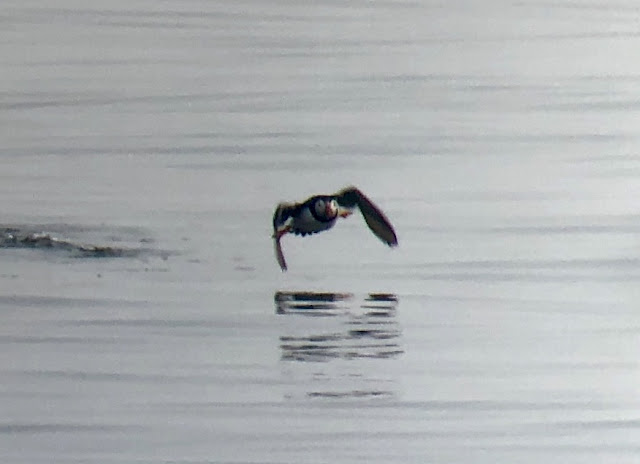 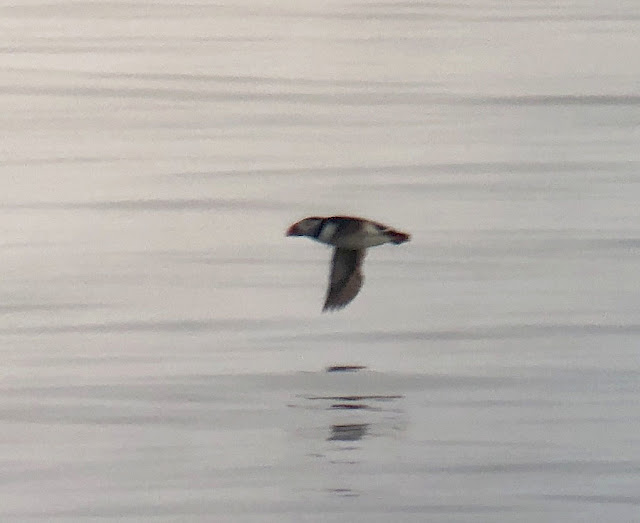 Puffin is rare at Hilbre but has been recorded almost annually recently. Less than annual (but increasing) is the Little Ringed Plover, one of which was calling as it flew over the island west to east. Next of the new arrivals was Yellow Wagtail, 2 birds today, one of them pitching in to have a look around. 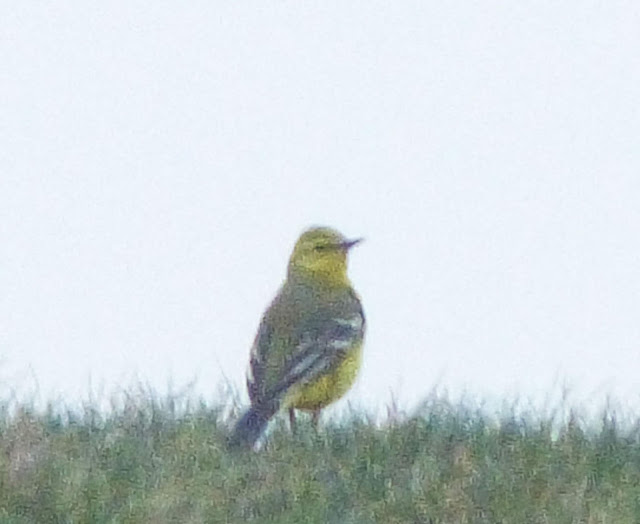 Also down on the island were some of the 5 Tree Pipits, a scarce visitor in spring, most are normally 'fly-overs.' 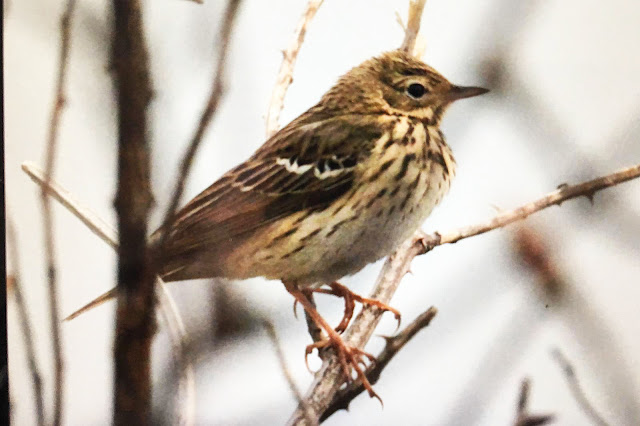 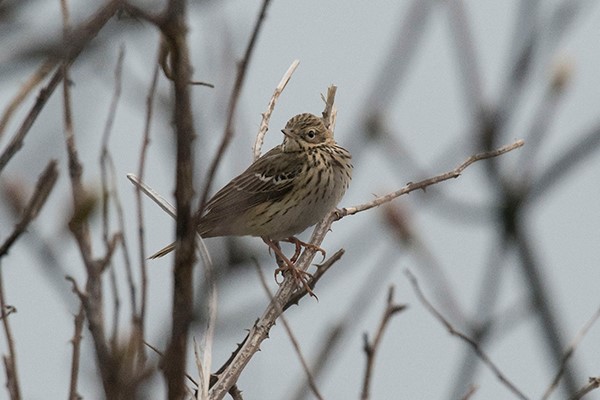 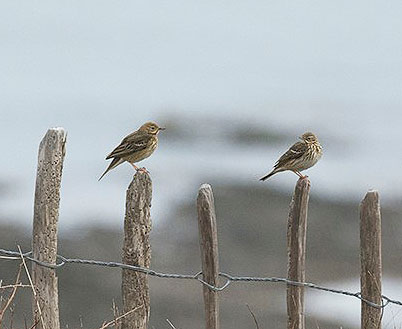 Hirundines became numerous as the morning wore on, 75 Swallows and 37 Sand Martins flew through. Migrant finches were represented by with just 2 Siskins and single Chaffinch and Redpoll apart from the 60 Goldfinches about. 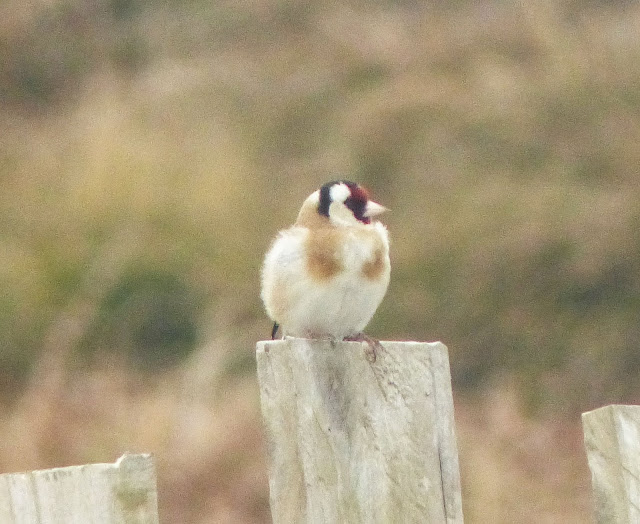 On the ground the 4 Wheatears and 3 White Wagtails were elusive to the ringers, although less so the 11 Willow Warblers and the single male Blackcap. Waders were again in short supply but the first 3 Whimbrels of the year called around the island. The 40 Sandwich Terns were more often heard than seen in the mist, 2 Common Terns were with them but 9 Gannets gave close views off the west side. A Fulmar was a nice surprise soaring close over the island as an odd one often does in spring. No Brent were seen but 3 Eiders are still here. A colour ringed Oystercatcher was on the shore and subsequent enquiries proved that it was ringed in Norway in July 2017. 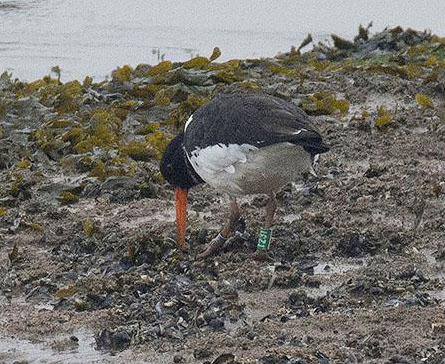