Over a thousand Pink-footed Geese left the estuary early, a spectacular sight and sound.
Only 9 Brent Geese could be found around the island, along with 2 male and 2 female Eider, 2 Shelduck and a male Red-breasted Merganser which was over by the East Hoyle.
There was a good variety of passerines with a flock of 16 Jackdaw going east and 2 singles later, Swallows are at last moving through with 12 noted, also 7 Sand Martin. Finches recorded were 20 Linnet, a Lesser Redpoll, 9 Goldfinch, 2 Greenfinch a Chaffinch and 4 Siskin. The first 2 Blackcap of the year were caught and ringed, a male and a female. 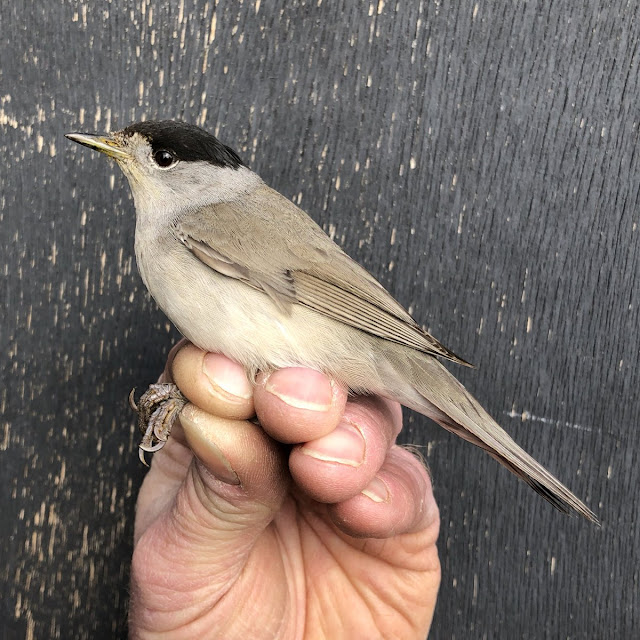 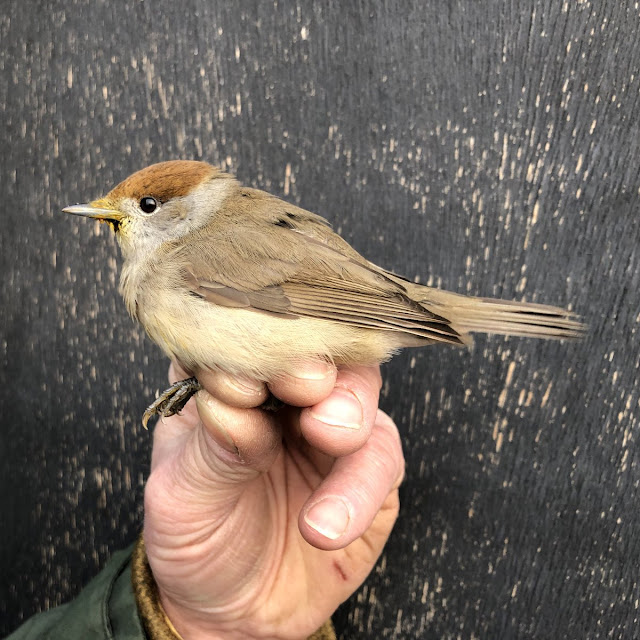 Five Chiffchaff, a Willow Warbler and a Wheatear were also present . Wagtails logged were 4 Pied, 3 White and a Grey.
About 1200 Oystercatcher were on the East Hoyle and 75 Curlew around the islands, but Turnstone, Redshank and Dunlin were all in single figures.
A Buzzard was spotted flying over the sand to the east of the island and a Peregrine was noted.
Ringed: 2 Chiffchaff, 2 Blackcap, 1 Linnet.   [ 107-18 ]
photos SRW
Posted by Colin Jones at 16:37