On entering the paddock after yet another downpour one lucky obs member saw a Barn Owl fly from it's perch on the door of the old sheep shed, the bird flew down to Niffy Bay then north, it was then seen to fly up to the lookout which it circled as if looking for a perch but then went back down towards the east slipway. It came back south over Niffy Bay then low over the SK paddock, finally giving an opportunity for a few photo's before dropping out of sight below the east side. As neither the roost on Middle Eye nor the waders roosting all along the west side went up it was assumed the bird remained on the island, and indeed it was seen quartering the island between the 'air raid shelter', the south end and Middle Eye.. 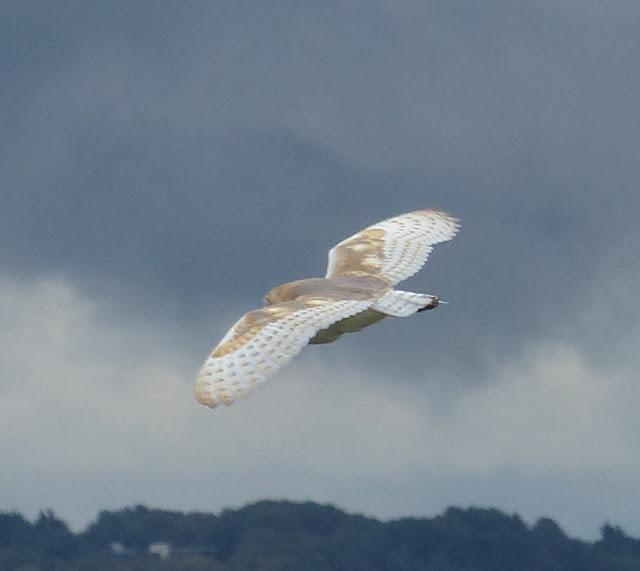 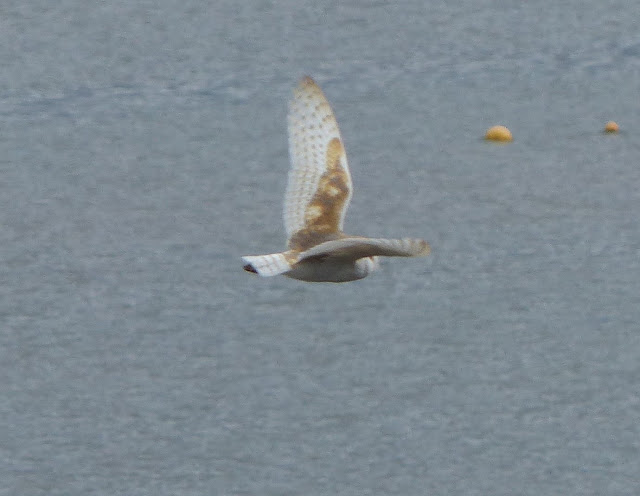 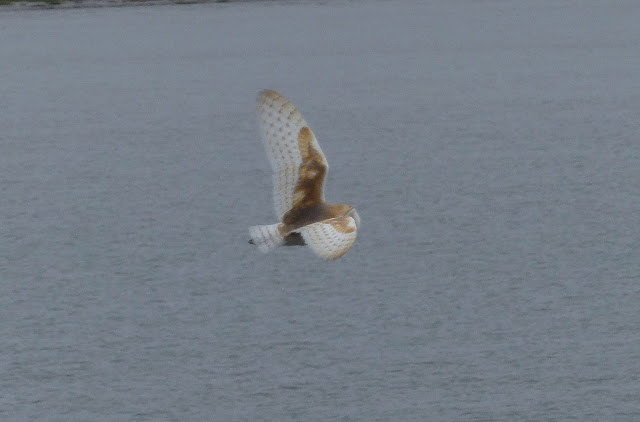 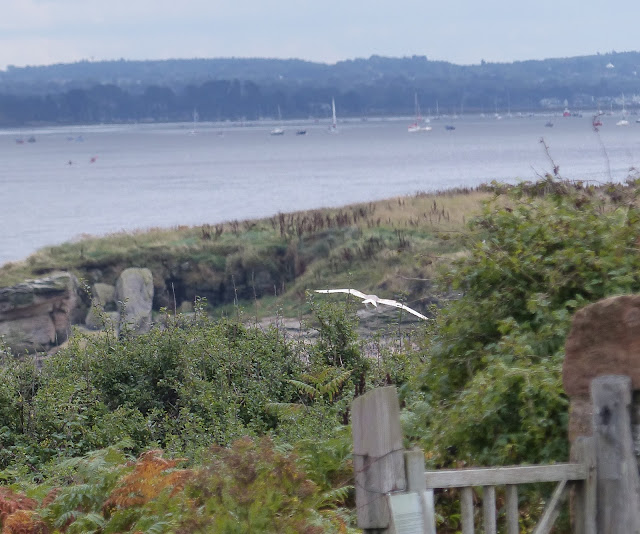 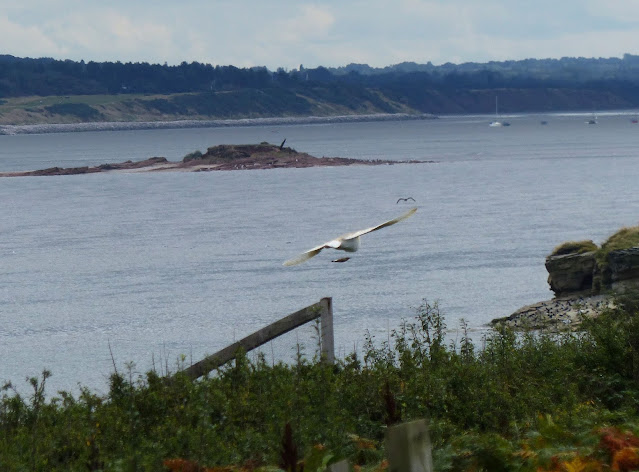 Barn Owl is a rare but not unknown visitor at Hilbre, perhaps the good numbers of voles seen recently (3 today) attracted it to feed on the island with the Kestrel. Up to the time that the Owl appeared things were as a normal September day (apart from the pouring rain), a Whitethroat, Chiffchaff and 5 Willow Warblers were grounded, 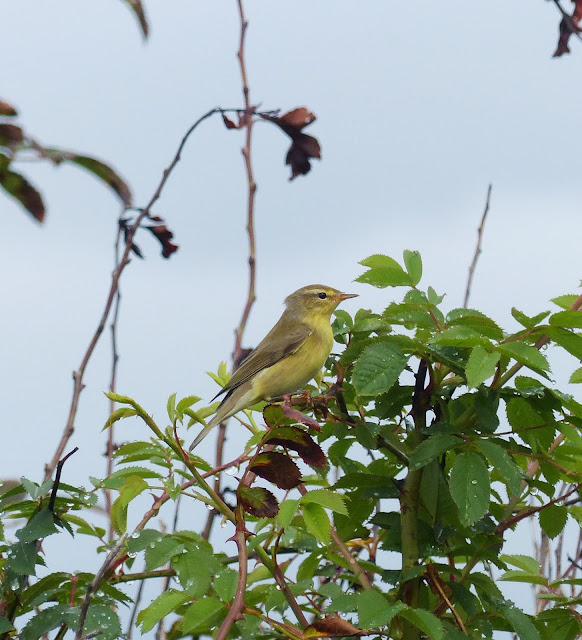 but the presence of 12 Wheatears were a goodly amount for a September day. Six Robins were also visitors but there were no extra Swallows, not surprising considering the weather. Waders recorded included 3,000 Oystercatchers, 1200 Dunlin, 182 Ringed Plover, 5 Curlew, 6 Sadnerling and 11 Turnstone. The post breeding roost of Sandwich Terns which did not last through the summer as usual has now almost disappeared, 33 were counted today. Breeding species still about included 46 Linnet, 2 Blackbirds, 3 Wrens, a Pied Wagtail, 7 Meadow Pipits and 6 Rock Pipits, 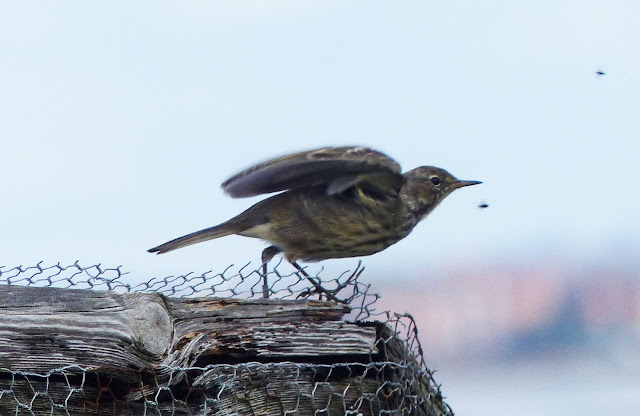 Photos AS
Posted by Colin Jones at 16:03