Weather: SW force 3, later WSW 6 in the afternoon with some rain.

Some nice winter thrush movement today with 72 Redwing in the morning, 2 of which were down on the island, and 9 Fieldfares with 6 on the ground. Both Siskin and Brambling called over representing the finches. A Raven was playing on the thermals on the west side, this species has featured many times lately. The Brent were on the west side of Middle and were easier to count than normal, the total being a massive 289 birds. Other wildfowl were 142 Shelduck and 2 Common Scoter. All wader counts were after the large tide today: 8,500 Oystercatcher, 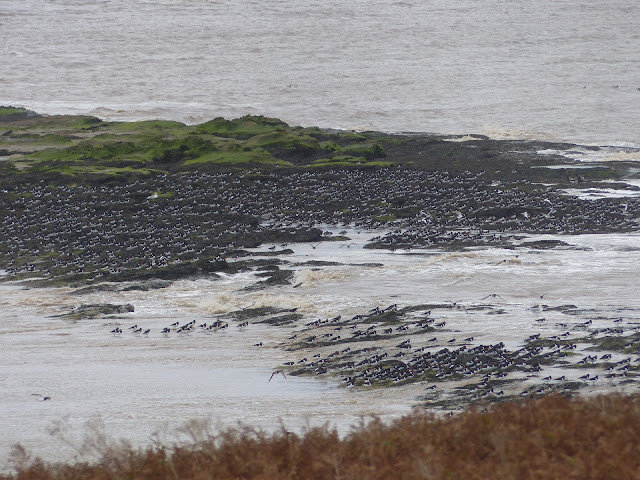 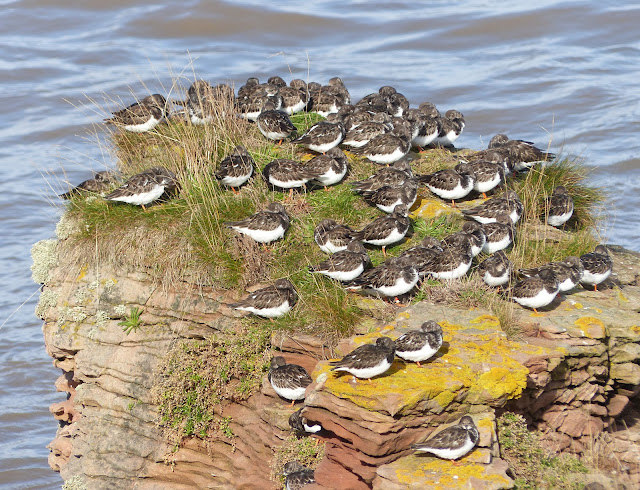 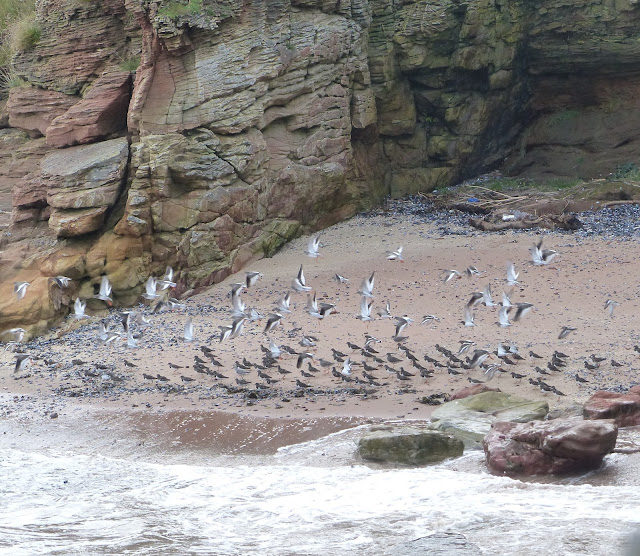 There were 41 Bar-tailed Godwit, more than have been here for a while. A Kestrel, 2 Little Egrets and 3 Grey Herons completed the cast. Rock Pipits are now a regular part of the Hilbre scene. 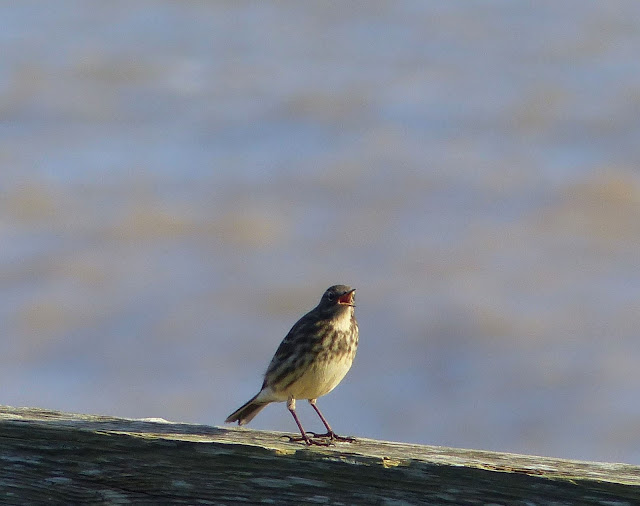 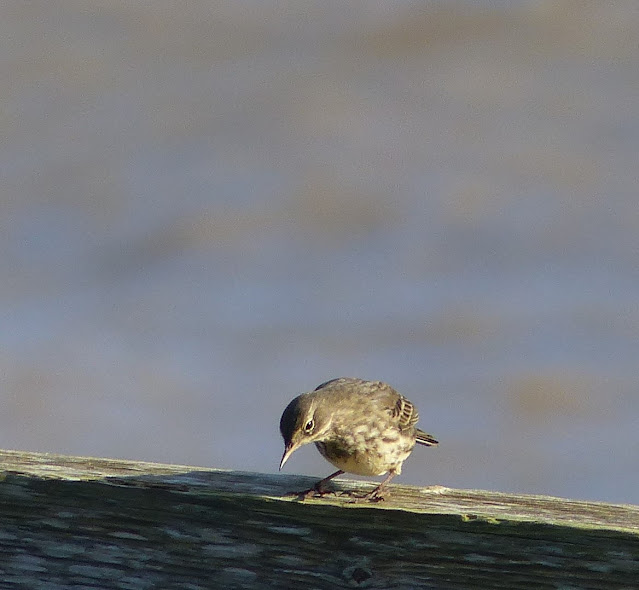