Another calm and warm early morning tempted quite a few visitors to venture out to the island soon after dawn. 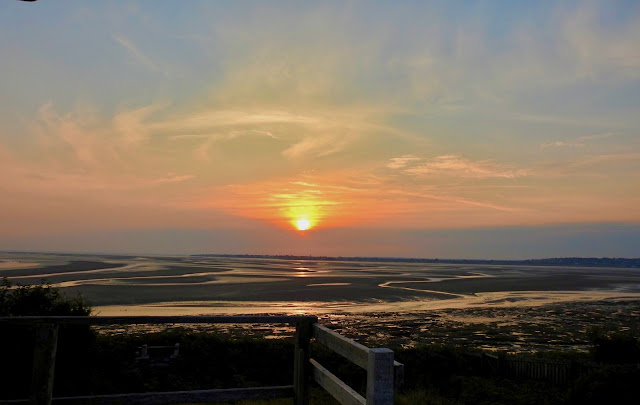 Members saw a number of Swallows passing through over the island, the paddocks however were fairly quiet although a Willow Warbler arrived mid-morning and called as it fed in the obs garden. 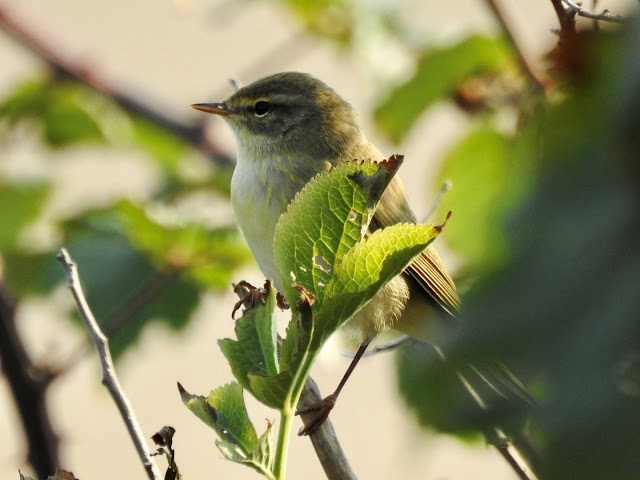 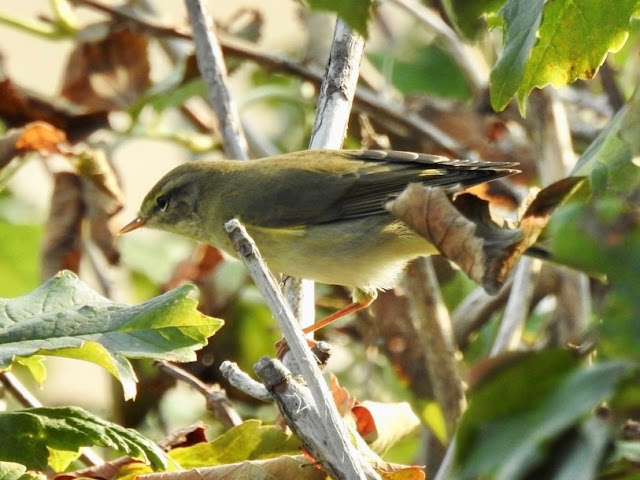 A Wheatear later dropped in at the north end, it was the sole record today. 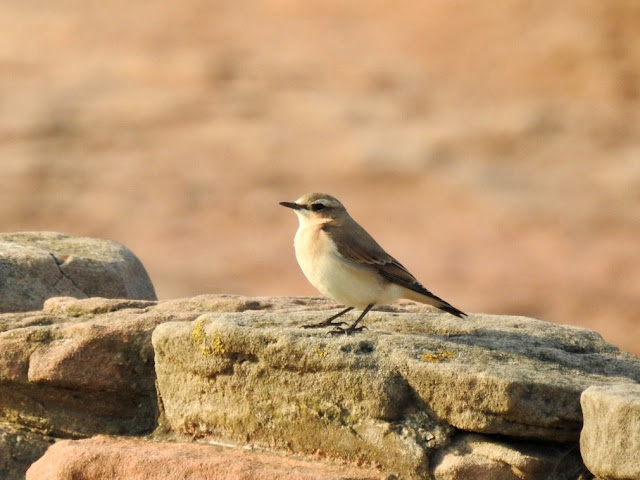 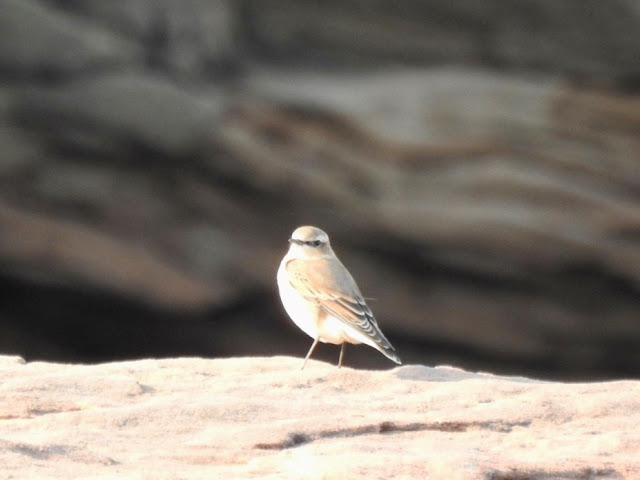 A Woodpigeon that was flying south would possibly qualify as an 'autumn migrant' in the absence of much else. A flock of Black-tailed Godwits was probably bird sighting of the day as they flew east over the island. 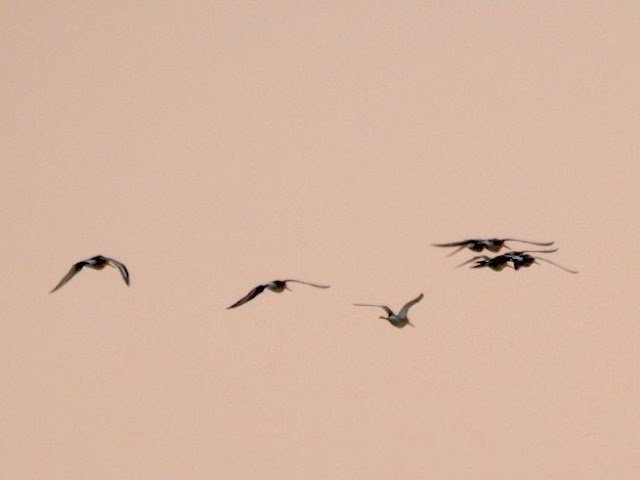 Thirteen Curlews were noted, some of them arrived in a flock. 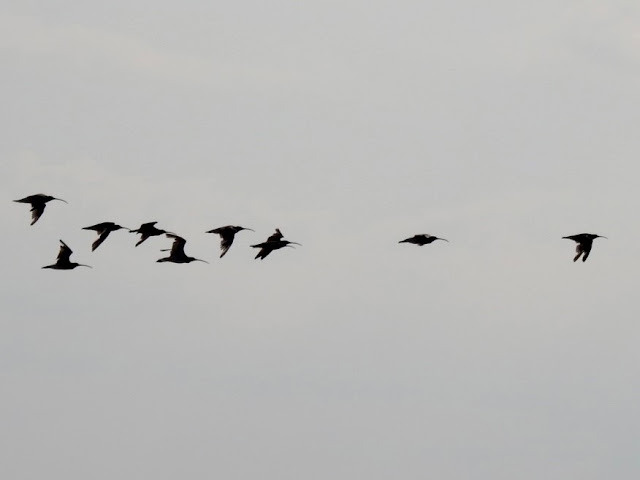 One was feeding with a Whimbrel near the north end. 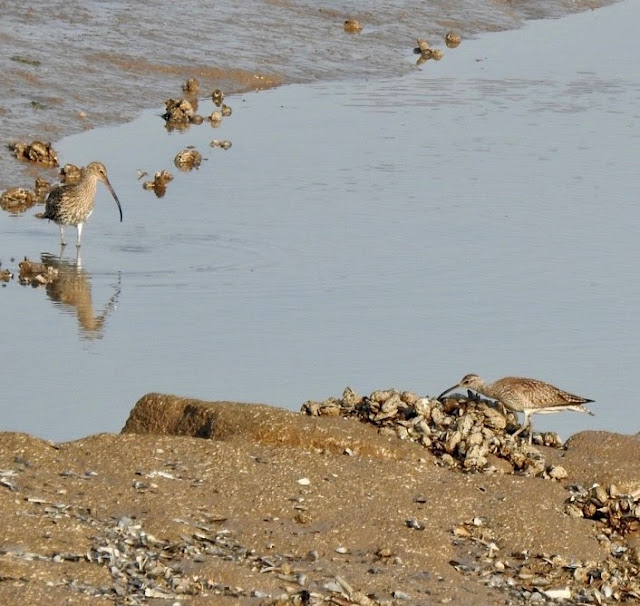 There were still only small numbers of waders about before the tide, best were 20 Ringed Plover, 12 Redshank and 12 Turnstone. A number of Red Admirals suddenly appeared in the SK paddock during the morning, obviously fresh in off the sea. The moth list this morning was quite extensive. 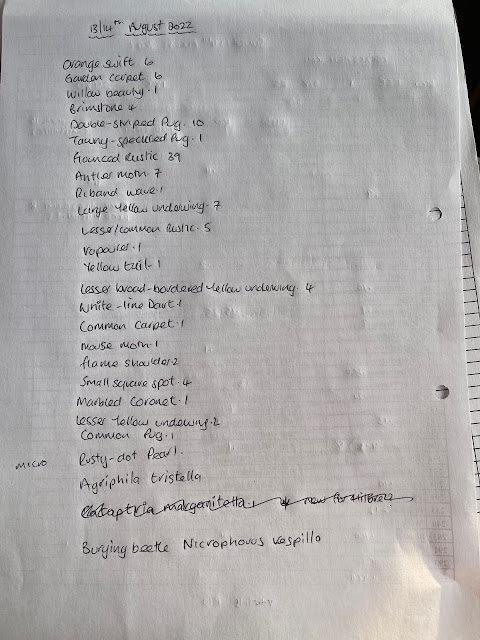