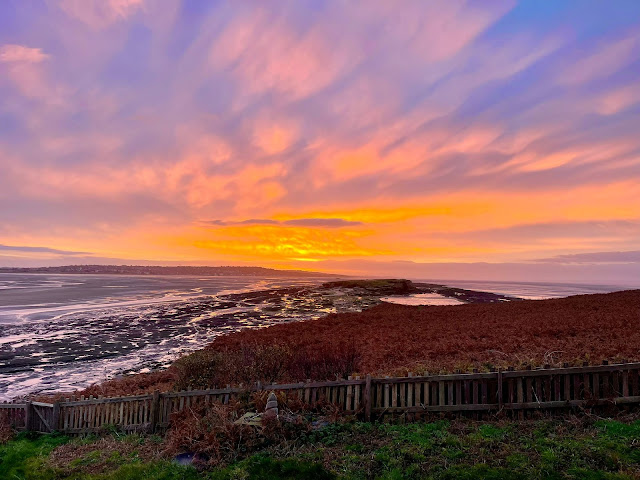 A brief pre-tide visit started with a spectacular sky. No small migrants were here and a check on the sea revealed 2 Gannets, 4 Red-throated Divers, 800 Scoter, 6 Great Crested Grebes and 12 Guillemots. Brent were about the island to the extent of 235 birds counted and were putting on a good show. 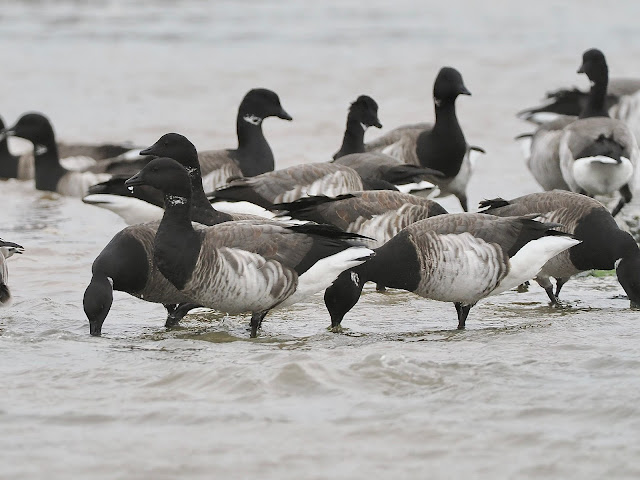 Three of the recent female type Eiders were noted and waders around the island included 800 Dunlin, 400 Knot, 140 Redshank, 10 each of Sanderling and Purple Saa lot ndpiper, while also on the shore were 2 Little Egrets, 2 Grey Herons and about 1,200 Cormorants many of which came out of the estuary at dawn.