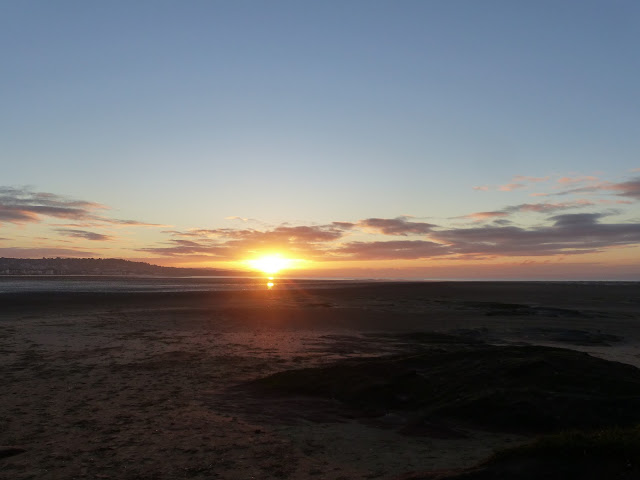 The dawn is late these mornings and the tide was early today after which several thousand Dunlin were near the islands with 26 Grey Plovers amongst them feeding at the south end of the gutter. 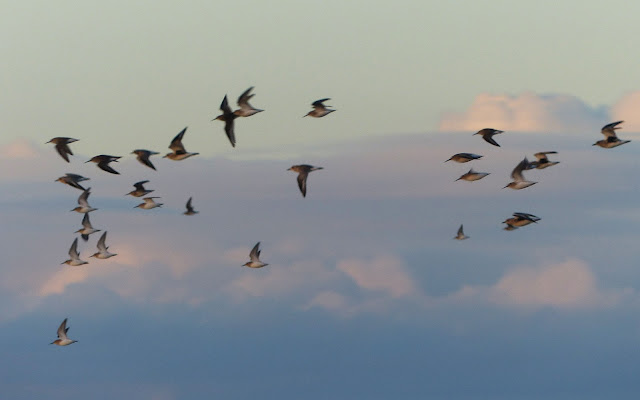 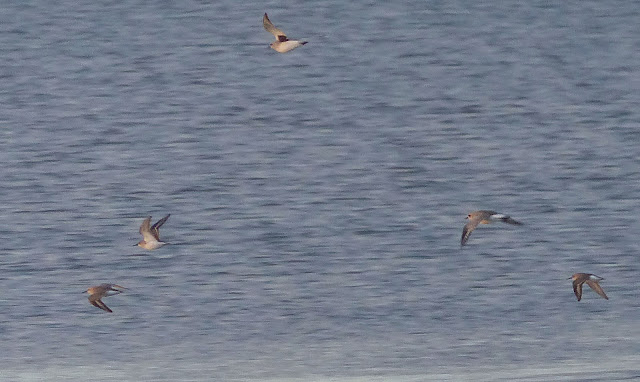 Also at the south end of the gutter were 92 Shelduck, while 3 Wigeon and the 5 Eider (including the immature male) appeared in the ebbing gutter. 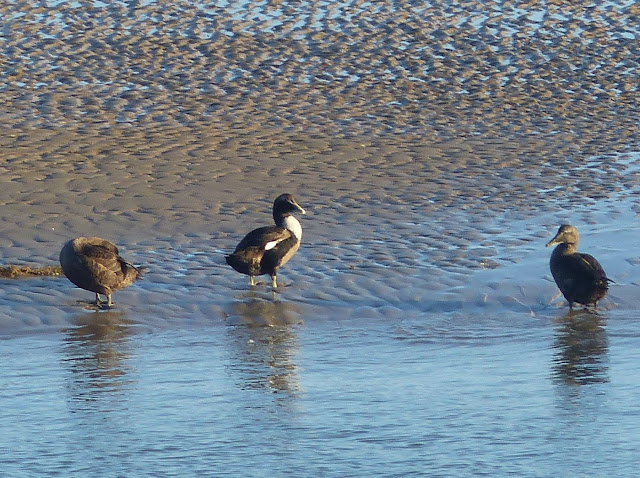 Passing through was a single Skylark and 31 Starlings while 12 Linnets flew about Middle Eye. Rock Pipits are now resident throughout the year. 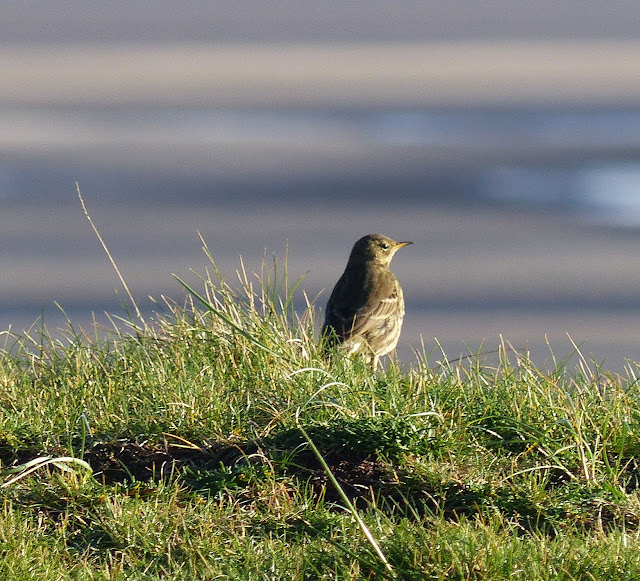 A Peregrine flew north down east side of the island at one stage and the Kestrel hunted the island. 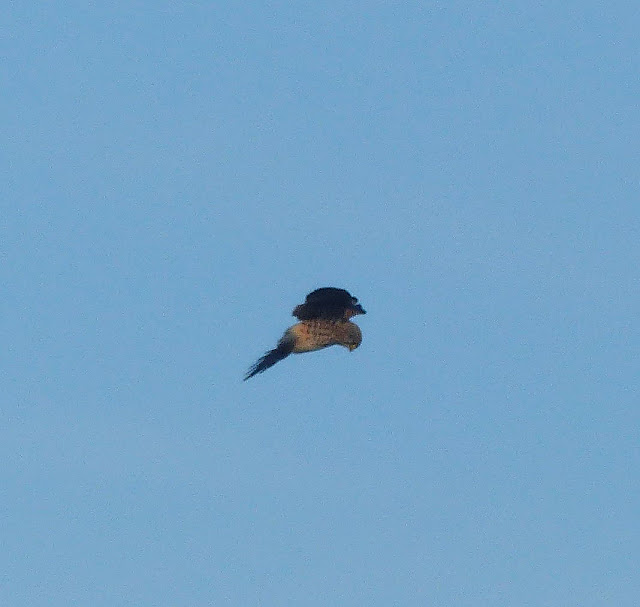 Purple Sandpipers numbered 12, there were 10 at the north end and 2 below the obs.