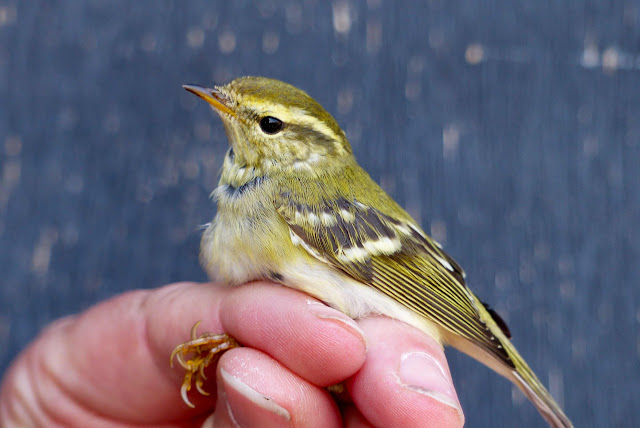 The day started promisingly again with the right wind direction and mist around the estuary and more cloud cover than yesterday prompting speculation that there may be more grounded migrants and less vis-mig.  However, this proved not to be the case with no thrushes on the island at dawn and the first trap round revealed yesterday's Yellow-browed Warbler had taken to the sycamores of the heli trap (photo above from yesterday).  After release it moved back to its favoured area in the Old Obs garden but remained exceptionally elusive in blustery conditions.

Vis-mig was not quite up to yesterday's standards but there was still a significant passage of Meadow Pipits, Starlings and finches including Chaffinch, Greenfinch, Linnet, Siskin and Redpoll and 3 Reed Buntings.

A couple of Redwings were noted during the morning including one bird hanging around the island and another flew in off the sea during a seawatch which produced 5 Mute Swans flying past, 4 Red-throated Divers, 2,000 Common Scoter and 7 Great Crested Grebes.

It did not really feel warm enough for insects but a Red Admiral tried to get some sun at the North End. 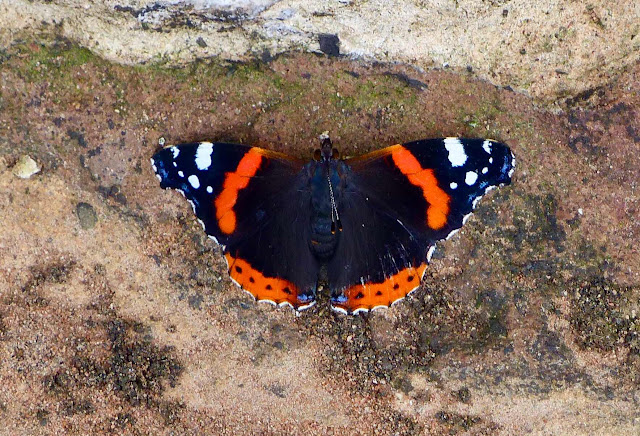 A single Teal was found off the Whaleback early on and two more were noted on the flooding tide when 3 Wigeon were also between the islands.

Four Rock Pipits remained around the North End over high tide and another was on Middle. 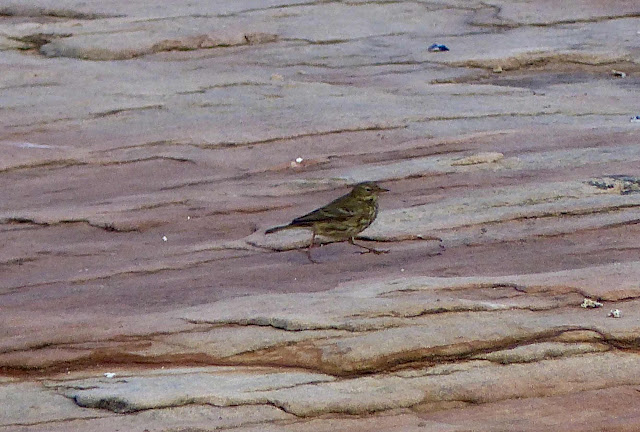 Pale-bellied Brent Geese had increased to 45 by the evening (the highest count so far this autumn) and included ‘HDRB’ and the first returning colour-flagged Knot was noted but the code could not be read. 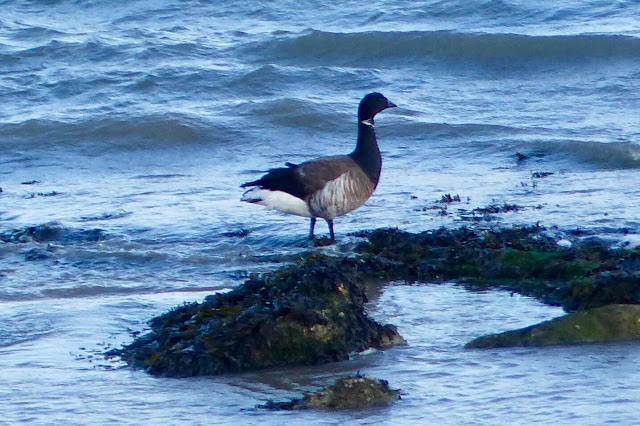 Late afternoon the weather closed in and the heavy rain arrived as forecast although North Wales appeared to be taking the brunt of it.