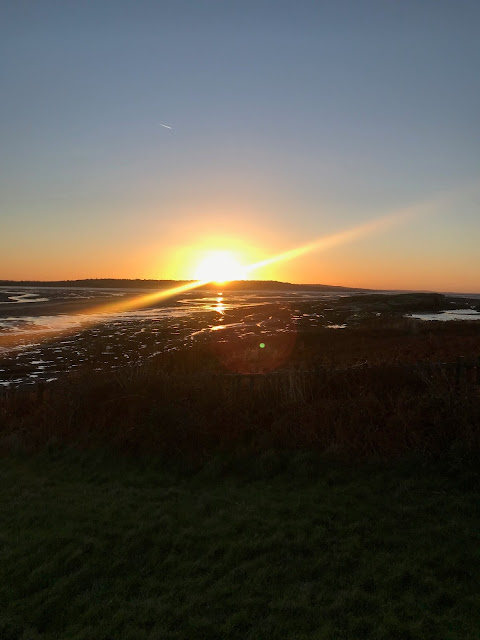 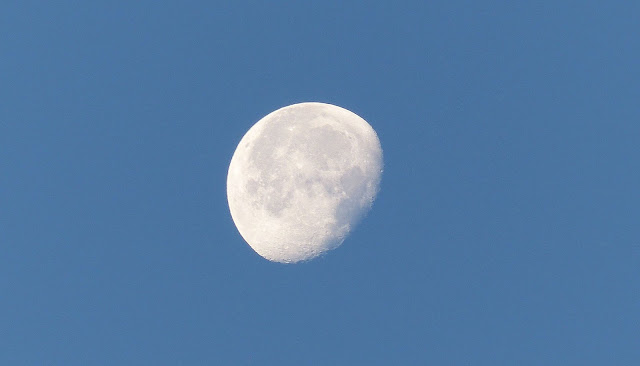 Soon after first light a Redwing and at least one Blackbird were present, and a Brambling called overhead with another later and 2 further Blackbirds. A Common Snipe was flushed from the reedy section of the west side path. 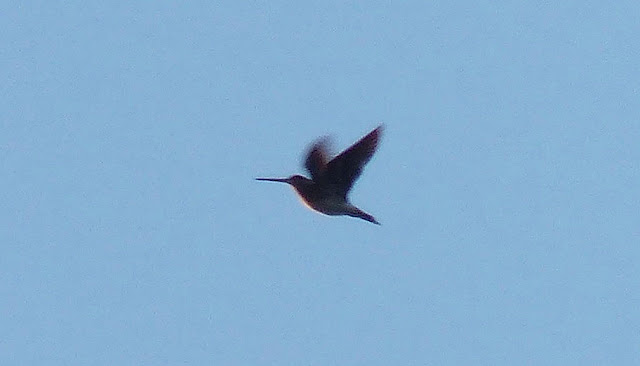 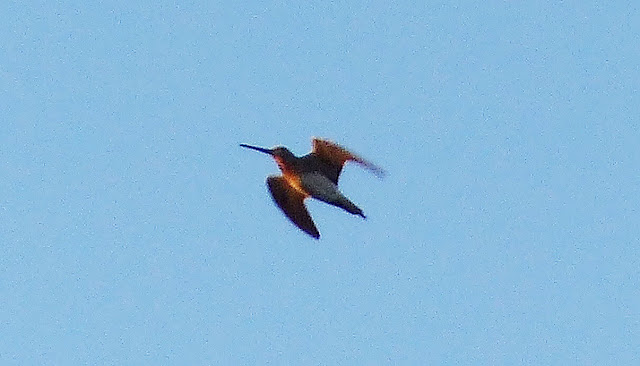 Over a hundred Starling passed during the morning, mostly heading west, also 3 and then 4 Skylarks going in the other direction. The late autumn theme continiued when a a single Greenfinch and Goldfinch called from the old obs, a Song Thrush dropped in at the south end and 7 Jackdaws floated down the island. 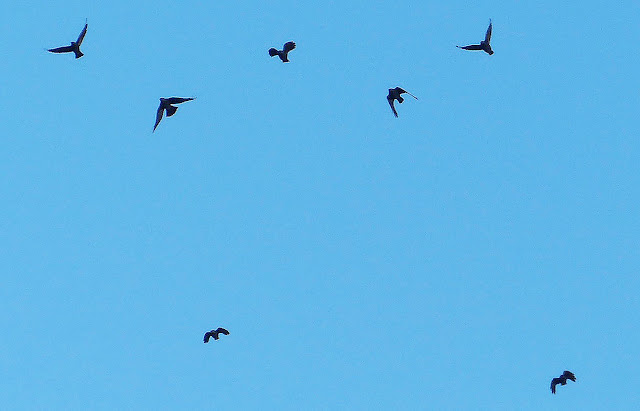 At high tide the first 3 Purple Sandpipers of the winter arrived after several weeks of looking out for them. One was roosting on the west side and two were feeding in the pools on top of the north end. 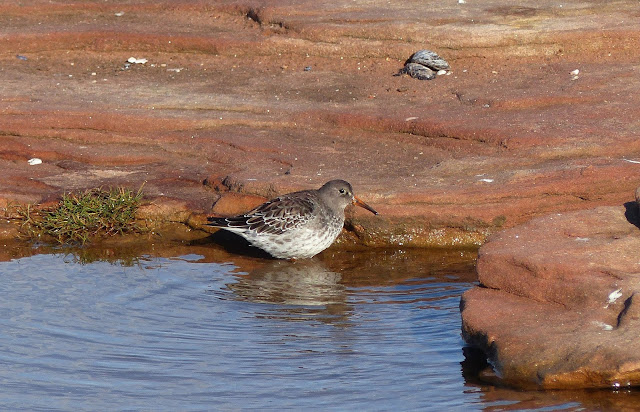 A flock of 26 Linnets came down to the same pools briefly, also a Pied Wagtail. 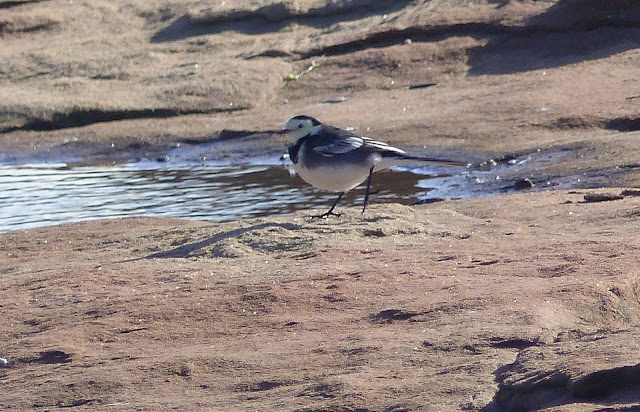 The high tide roost on Middle comprised 7,500 Oystercatchers, 176 Curlew, and 2,800 Knot were over the east hoyle after the tide, while at sea 2,600 Scoter were noted and 2 Red-breasted Mergansers flew west passed the north end.

About 150 Sanderlings were seen feeding on the north shore pre-tide; 6 Little Egrets were in the gutter and 2 Rock Pipits on the island.
photos AEH,AS