A nice start to the morning on the ebbing tide with good numbers of Shelduck again (84) on the tide edge. 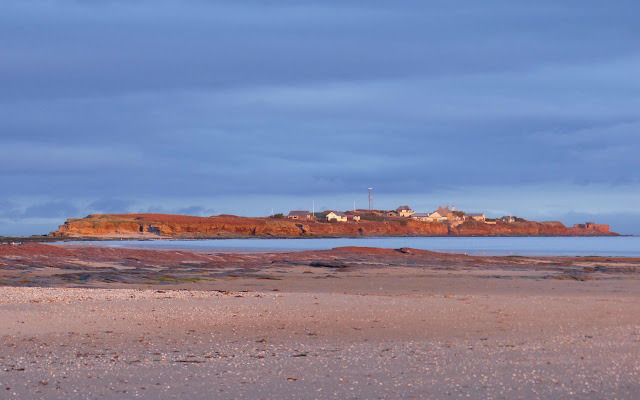 A single Guillemot was drifting on the tide but there was little else noteworthy on the sea. 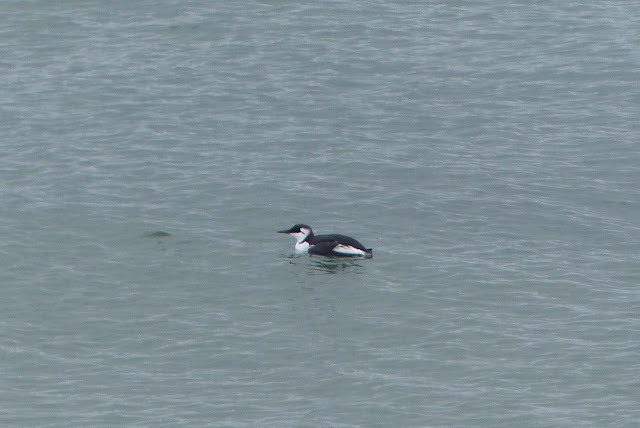 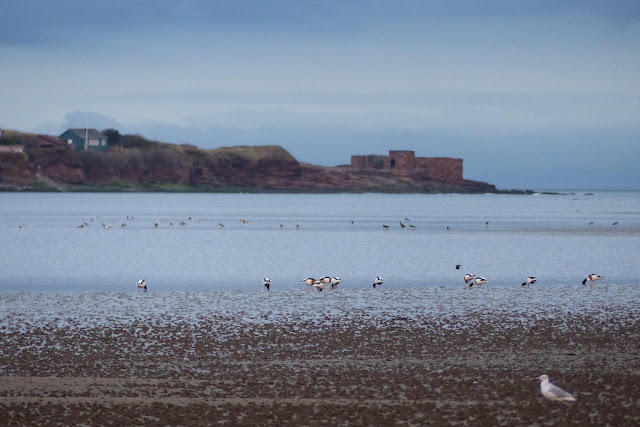 As the tide dropped more observers arrived and the highlight of the day appeared - a single Barnacle Goose flew in off the sea into the bay opposite the Obs and landed on the sand bank with the Osytercatchers where it rested and preened for a short. 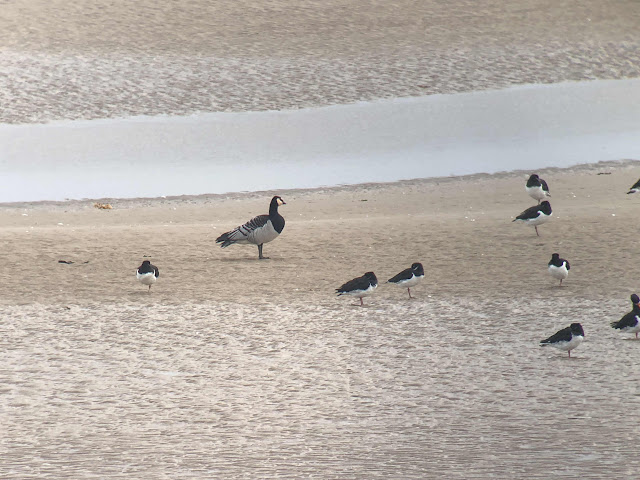 Observers watching the Barnacle Goose spotted a Sparrowhawk flying low over the sand bank and off south.

The Barnacle Goose was soon flushed from its resting point and flew off SW up the estuary. 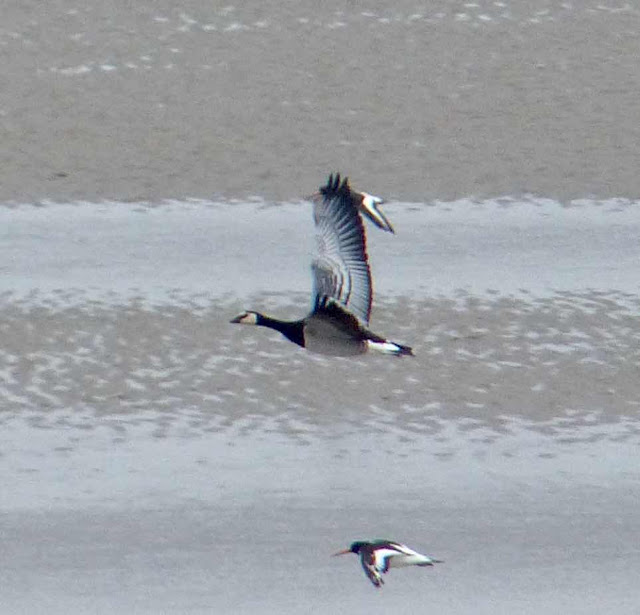 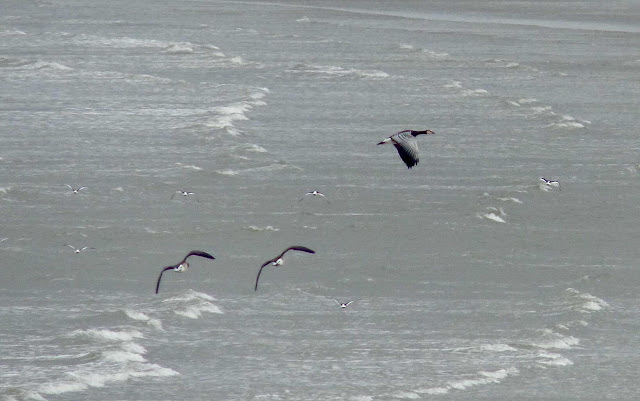 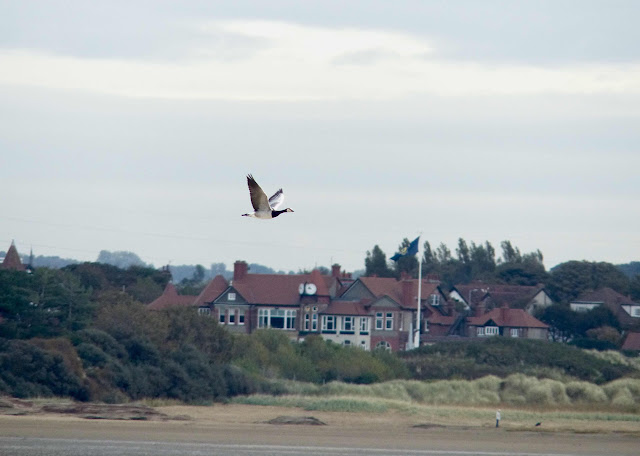 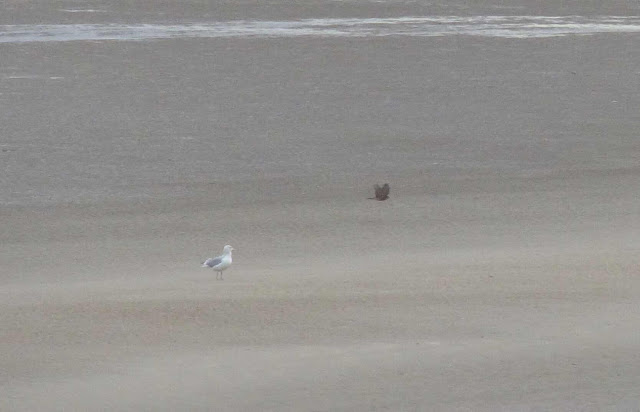 This was only the eleventh record for the islands of which four have been in October (and seven in the last ten years).  To put that in some context this is rarer than Yellow-browed Warbler, Reed Warbler and much rarer than Firecrest on the islands.  Obviously doubts about the bird's heritage will be raised but it certainly looked the part and somewhat better than recent April sightings that have been with Canada Geese! 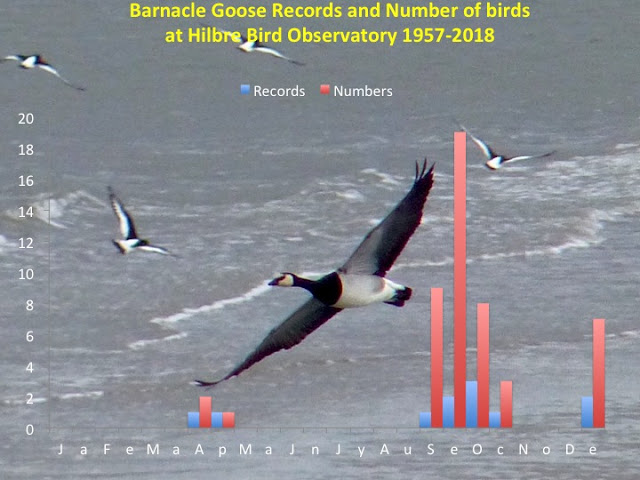