The day looked promising when Blackbird and Song Thrush were noted on Middle just after dawn, the day total being 7 & 8 respectively.
Small numbers of Chaffinch, Greenfinch and Goldfinch passed through, with some coming down on the island, but 2 Brambling unfortunately just kept going – over the Obs and southwards. 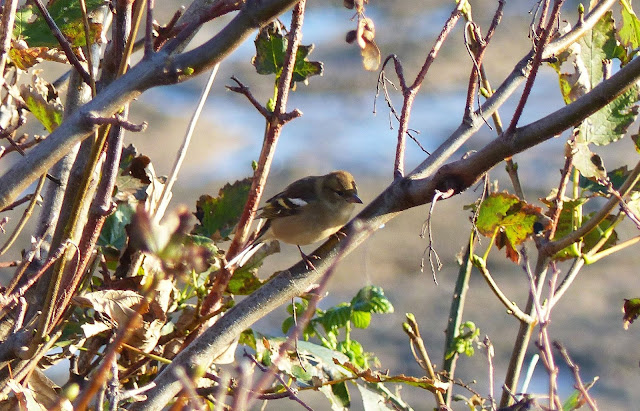 A nice find was a Stonechat which was present from early morning until late afternoon. 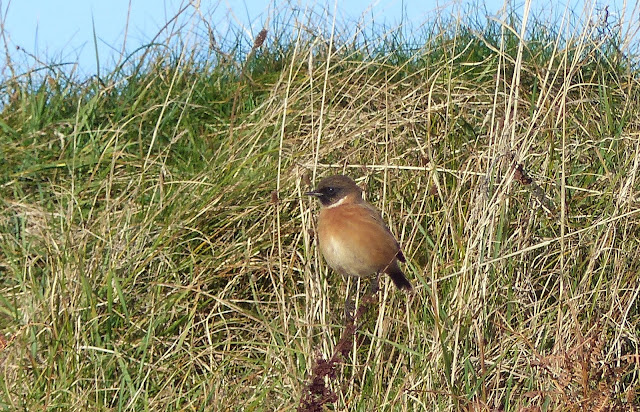 Three Reed Bunting came down briefly in the Old Obs and a male Blackcap was in the sycamores. Other passage migrants included 27 Skylark, 29 Linnet,  168 Starling and a single Magpie which moved around the island for a couple of hours. 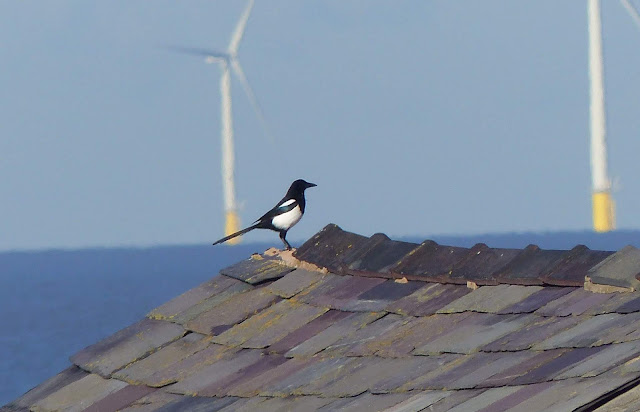 Amazingly, about mid-morning our 4th Great-spotted Woodpecker of autumn was heard and traced to the gate by the Newton trap, after posing for a while it headed off west. 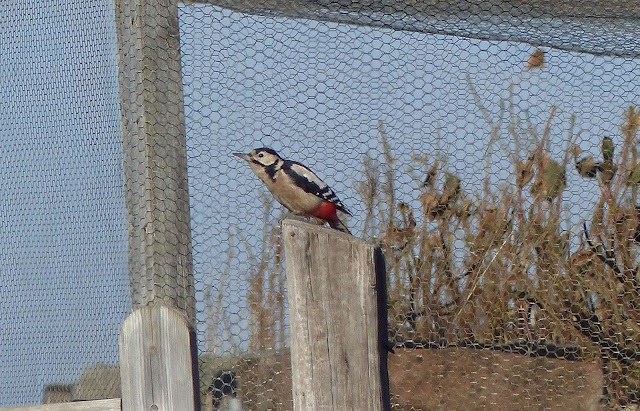 By mid- afternoon it had gone quiet, so an observer was surprised to put up a Short-eared Owl from the Heli garden, it went straight over the wall but was relocated on Gropper Ridge. This bird was seen to leave the island on a few occasions, going south over Middle or west, but each time it returned and was last seen on the north end of Middle at 5pm. 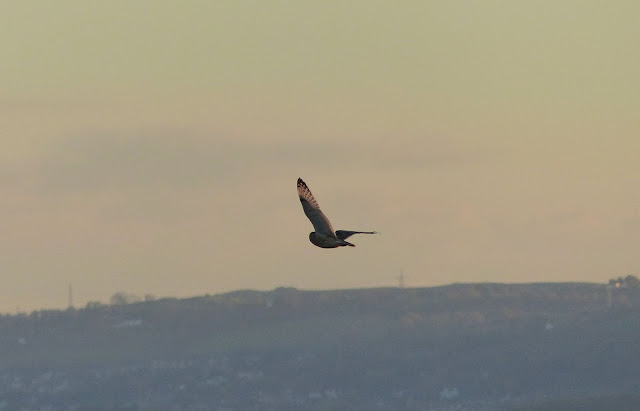 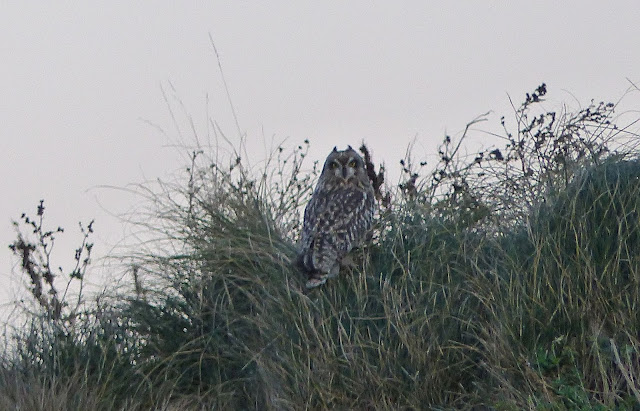 Over a hundred Brent Geese were present and included a returning colour ringed bird XJBB. A Red-throated Diver was off the North End and a single Purple Sandpiper was seen today.
photos AS