Weather: SE force 3,  cold , vis 10 miles
The south easterly felt very cold this morning but brought in 5 Blackbirds and 3 Song Thrushes down in the paddocks early on, also a Redwing calling overhead. 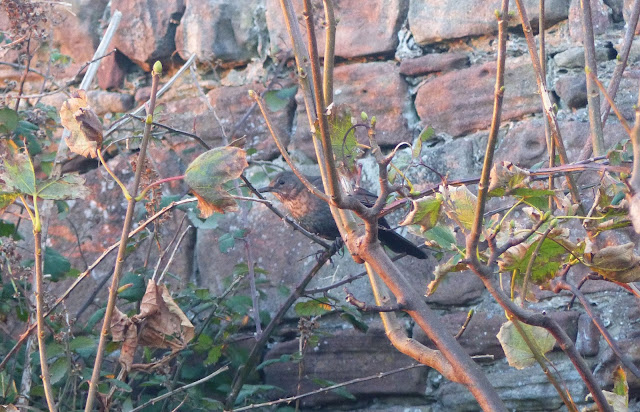 A Reed Bunting and a Chaffinch were also about the island. Over a hundred Starling passed over this morning.

Observers arriving just south of Middle saw a passerine battling south low over the sand against the wind which flew back behind them towards Middle and landed on a small rock on the beach. It then became obvious that it was a Black Redstart. 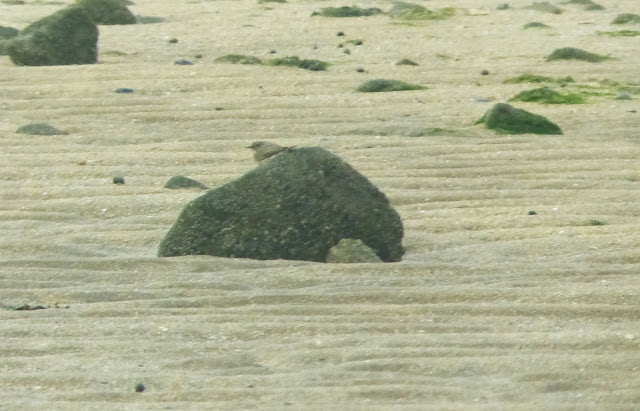 It flew towards the south cove where a Peregrine tried and failed to predate it. A search of Middle eventually found it once more on the rocks on the north of the island before it disappeared again. This is the first record here for over 3 years. 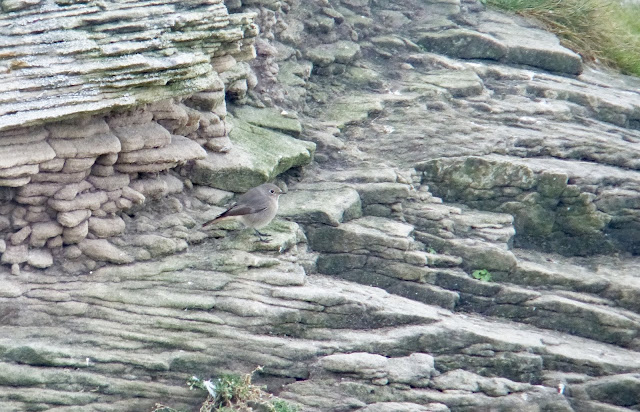 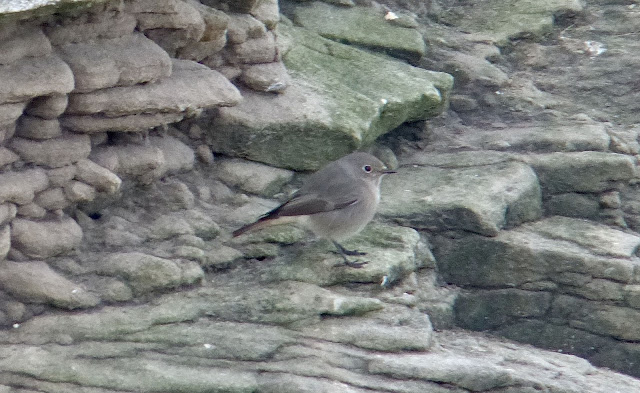 A look at the north end of the main island found several Scoter and Great Crested Grebes also an Eider and 7 Teal resting with the Brent. 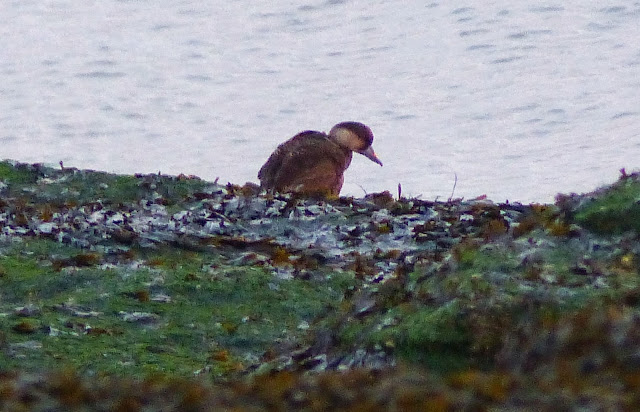 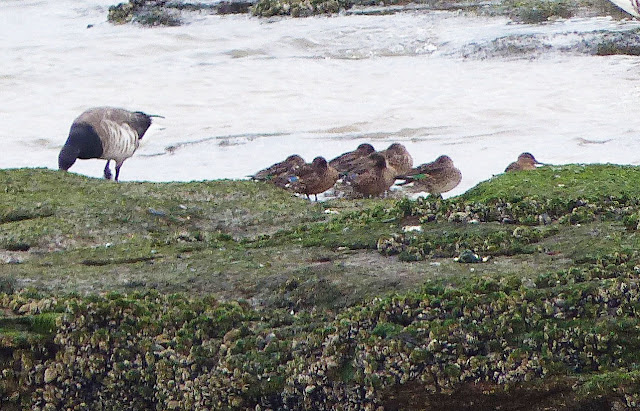 Two Purple Sandpipers and 129 Redshank were amongst the waders. Two Whooper Swans flew west between Middle and Little Eye.