Weather: S 1, later NNW 3, slight drizzle at times
The early tide meant accessing the island an hour before daylight, and with the wind in the south for 3 hours or so from dawn the odd migrant came to the islands. Most spetacular of the day was a male Sparrowhawk which entered the 'heli' trap by chance and was caught for ringing, the first this year. 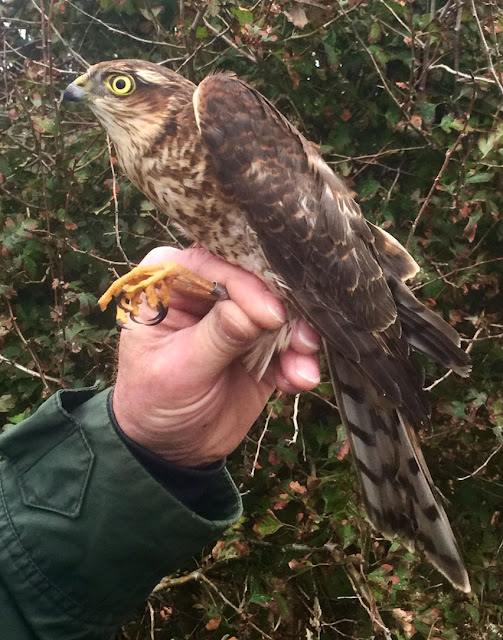 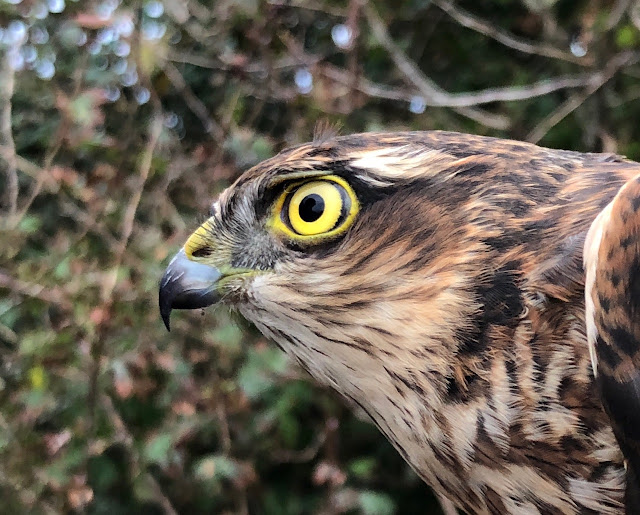 A couple of Goldcrests called in the paddocks and a first year male Blackbird was trapped, the first to arrive this autumn. 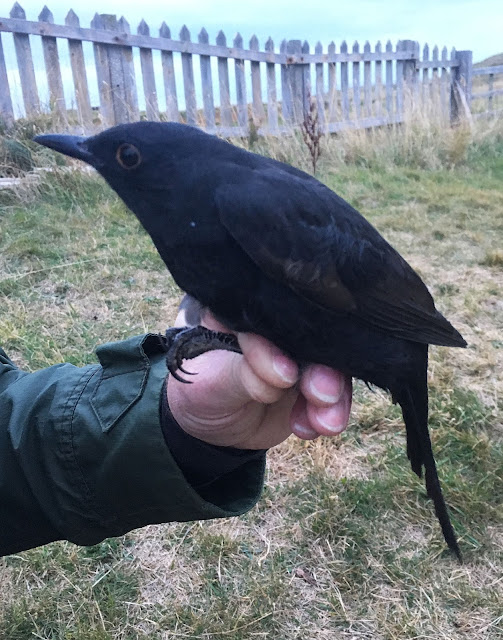 Two Reed Buntings were logged, at least one staying a good part of the morning flying about and constantly calling. 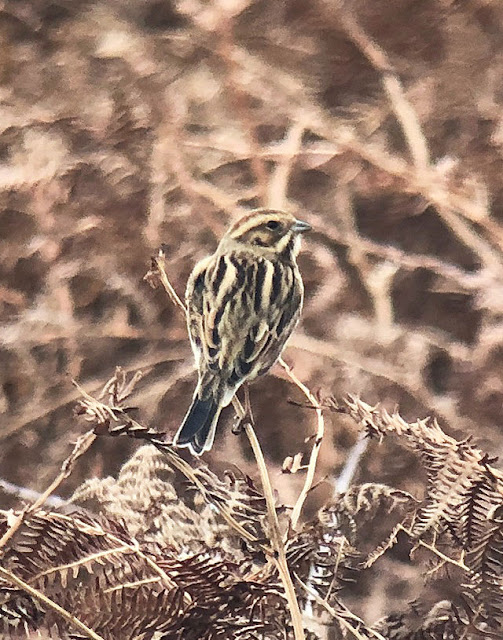 A Greenshank was between the islands while the tide was in and 4 late Sandwich Terns made an appearance flying up the east side, 2 then resting on the rocks. A Skylark called over and a few Meadow Pipits passed, also 3 Pied Wagtails. A small number of Robins and Wrens were on, hinting at passage and 3 Rock Pipits were here, this being the best time of year from them to appear.
Sea sightings included a Shag, 500 Common Scoters, 1 Red-throated Diver, 1 Great Crested Grebe and 2 Gannets, while waders seen were 120 Curlew, 30 Turnstone, 4 Ringed Plovers, 12 Bar-tailed Godwits and 48 Redshank but no sign of any Purple Sandpipers.
Eighteen Brent eventually showed on the whaleback, 213 Shelduck was a good count but again no sign of  'our' Eider, perhaps its long stay is over.
A beautiful lacewing was a nice surprise near the north end this morning. 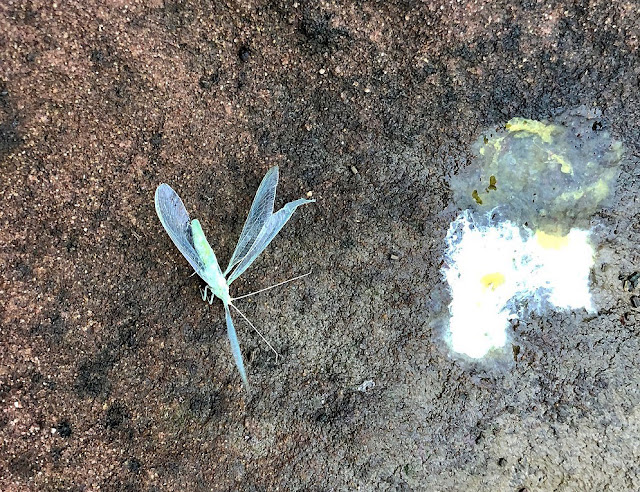