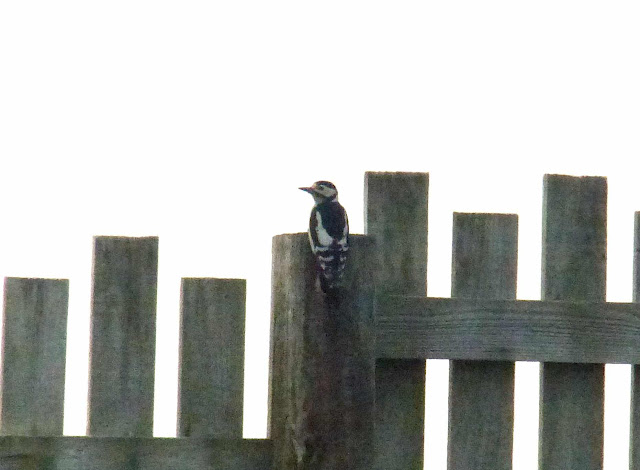 A big team of Obs members on this morning despite the wind direction not being perfect.  But it proved to be another lovely morning on the islands over the tide and we even managed to get some minor repairs done to the heligoland traps with the right tools for the jobs brought on.
The Pale-bellied Brent Geese were south west of Middle on the rising tide and increased to 44 birds already.  A couple of Snipe were heard around dawn which was a stunner again this morning. 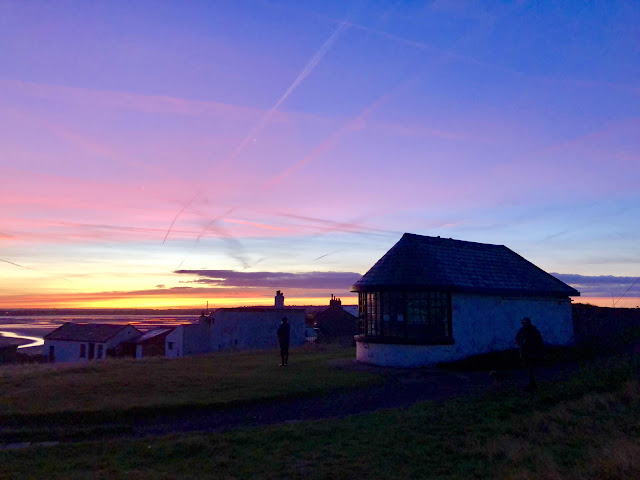 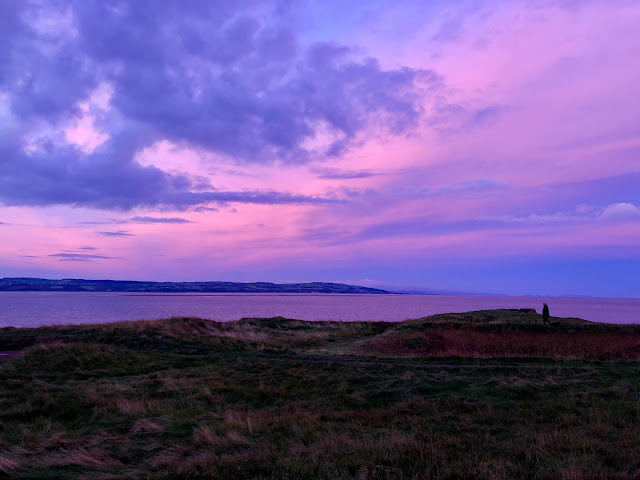 Pink-footed Geese were on the move to and from the Dee marshes and 250 were counted from the Obs as were 3 Black-tailed Godwit and a distant flock of 16 Lapwing over North Wirral.
A Collared Dove flew over observers heads on the main island and almost hit an observer on Middle in its rush to head south !
Visible migration was ‘bitty’ but productive at times with Grey and Alba Wagtails over, 60 Meadow Pipits and 4 Rock Pipits were found together at the North End.  October is the peak month for Rock Pipit at Hilbre and we know Scandinavian birds arrive during this month.
Eight Skylarks were noted mainly passing over but one bird spent the early morning on Middle (see below in early morning light). 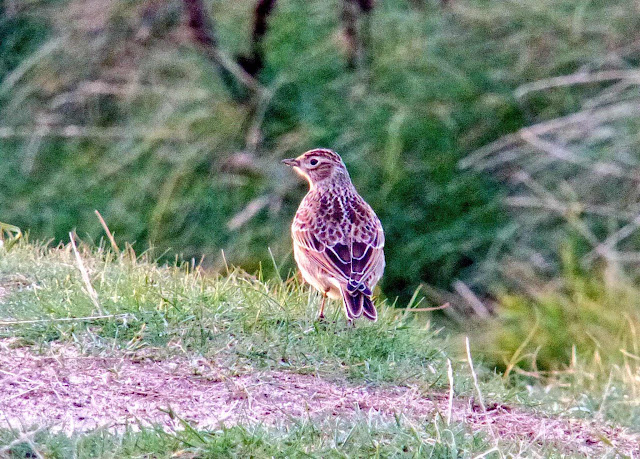 Four Goldcrests were around the gardens and two were caught and ringed which was nice but there have been no significant arrivals of these diminutive passerines yet this autumn.
The highlight of the morning was found at c835am clinging to the outside of ‘heli’ catching box.  The first Great Spotted Woodpecker of the year; a rare but becoming annual visitor to the islands. 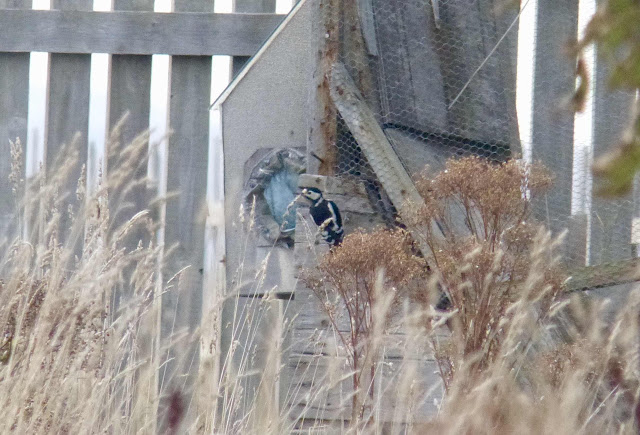 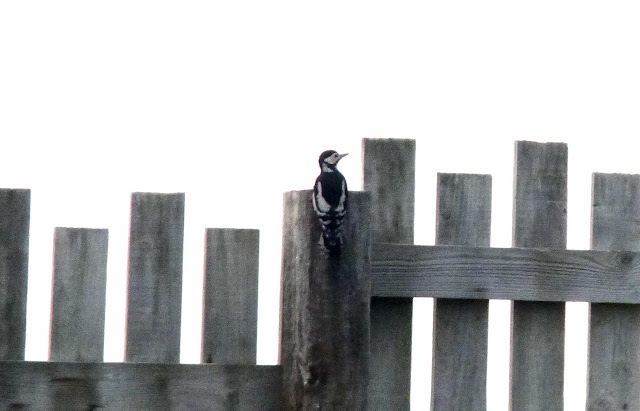 It then flew and landed on a couple of the paddock fences before heading off south along the wall of the Newton trap where it was caught. 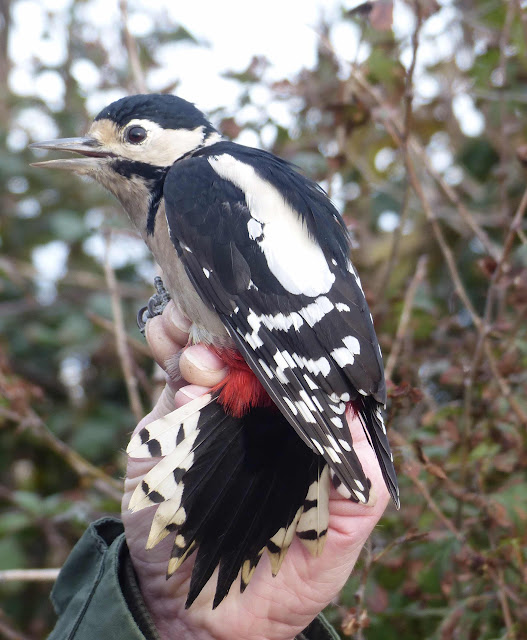 This is only the second Great Spotted Woodpecker to be ringed at Hilbre Bird Observatoy with the first being on the similar date of 4th October 2015. 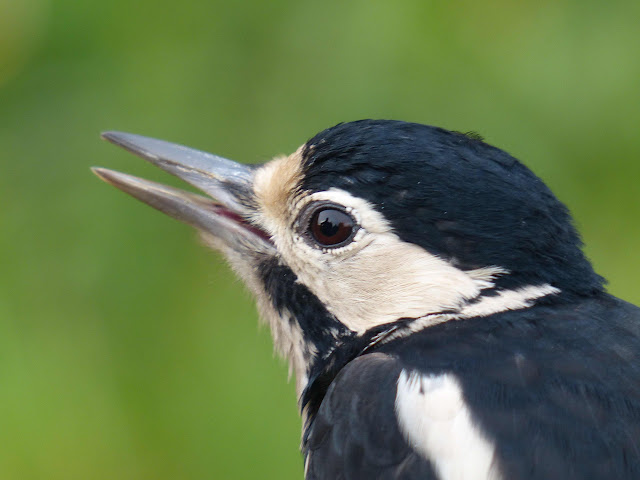 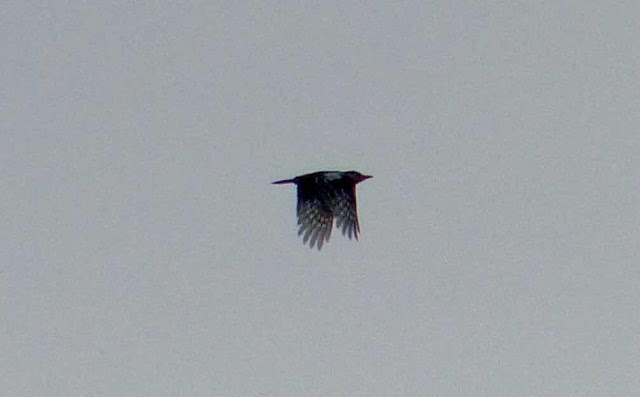