A difficult day for observations as there was heavy rain throughout the day until about 1600.
Forty three Brent Geese were on the Whaleback at first light and included HDRB. 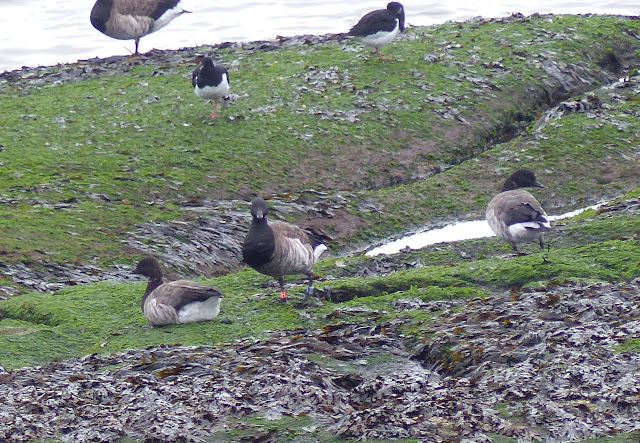 Pre tide 165 Shelduck gathered on the sands in front of the marsh and 315 Cormorant roosted over tide on Little Eye and Red Rocks, with 2 Grey Herons roosting on Middle along with 6,000 Oystercatcher. Three Little Egret were present and there was much aggression between two of them. 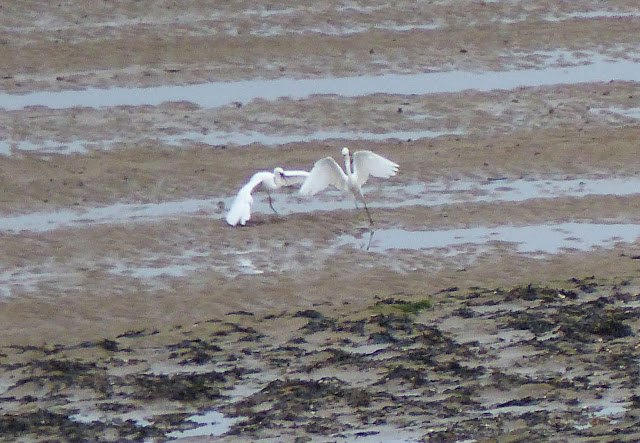 A brief sea watch in very poor visibility found just 620 Common Scoter and 9 Great Crested Grebe close enough to count!
Very few waders were around the islands today but 172 Curlew, 90 Sanderling, a Bar-tailed Godwit and just 4 Knot were noted along with 38 Turnstone and 45 Redshank.
Passerine movement was almost non existent with just 2 Pied Wagtail and a few Meadow Pipits noted, but 4 Rock Pipit were at the North End.
A Peregrine again flew north down the east side after tide and was later disturbed from the steps on the west side of the island. 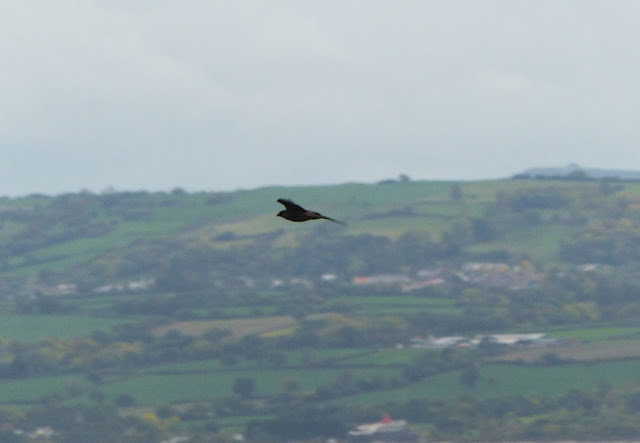 photos AS
Posted by Colin Jones at 21:39