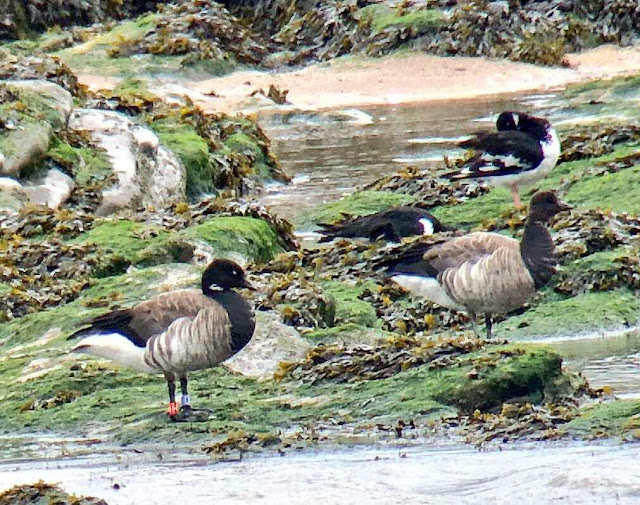 A new immature drake Eider was seen off the North End early morning; interesting as the long-staying drake seems to have moved on now he has fully moulted.

A Greenshank was first heard and then seen around Middle as the tide rose.  Good numbers of Oystercatchers, Curlew, Redshank and Turnstone were around the islands over the high tide but the returning colour-ringed Turnstone ringed at Hilbre in 2007/08 and seen yesterday could not be found. 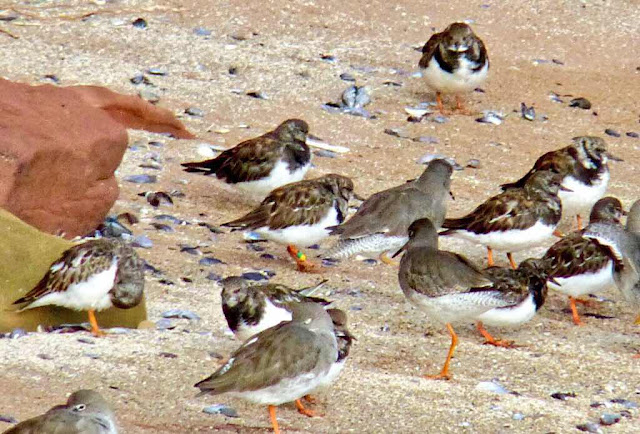 Three Grey Herons were noted near Little Eye after the tide and at least nine Little Egrets were feeding along the reef. 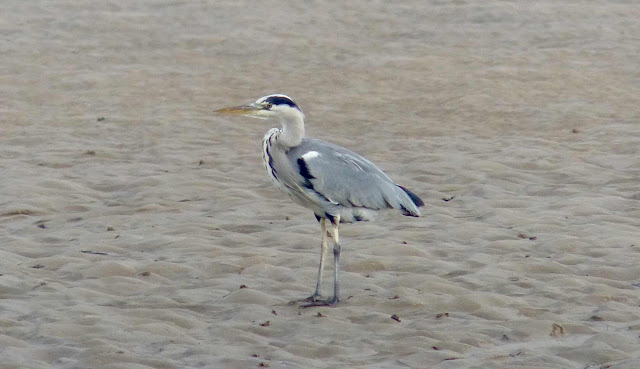 At least 41 Pale-bellied Brent Geese were around the islands over the tide and the returning Canadian colour-ringed bird ‘HDRB’ appeared for the first time this autumn.  This will be the eleventh consecutive winter that he has wintered at Hilbre.  Assuming, of course, that he stays around as ‘7PBY’ which returned on 22 September (see blog for that date) quickly moved on and was seen near Caernarfon on 2 October 2018.  Thanks as always to Graham McElwaine of the Irish Brent Goose Research Group for info. 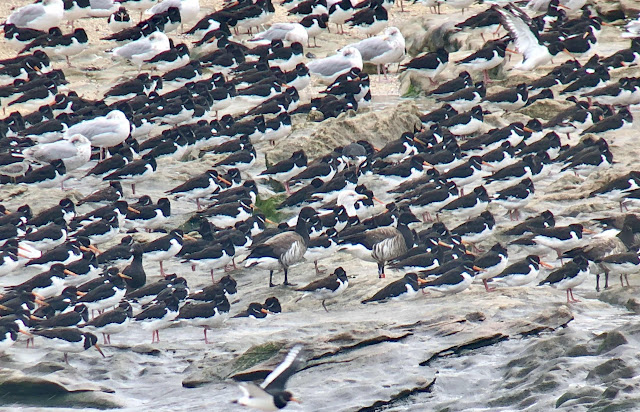 ‘HDRB’ was an adult male when ringed in August 2008 in Canada.  He was clearly paired with a female today but they had brought no juveniles with them this winter.  With only a maximum of 44 Brents so far this autumn and already two colour-ringed birds we are looking forward to the flock increasing (as it has over the last 20 years or more - see chart below, photo by BSB) and more colour-ringed birds appearing. 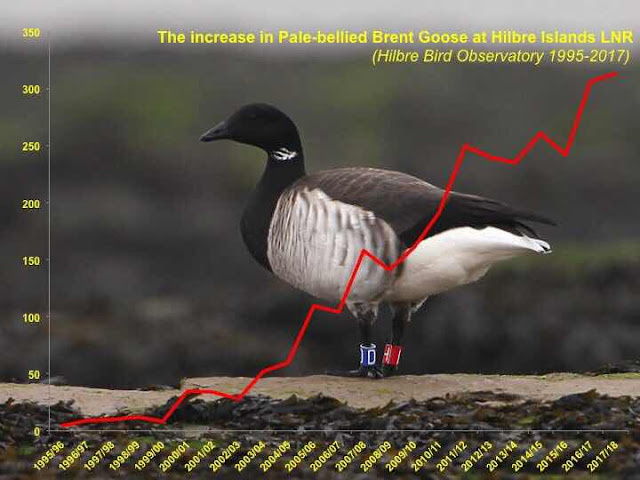 A minimum of four Rock Pipits were around the North End during the morning and a few Meadow Pipits passed over with a few dropping in including two that were caught and ringed. 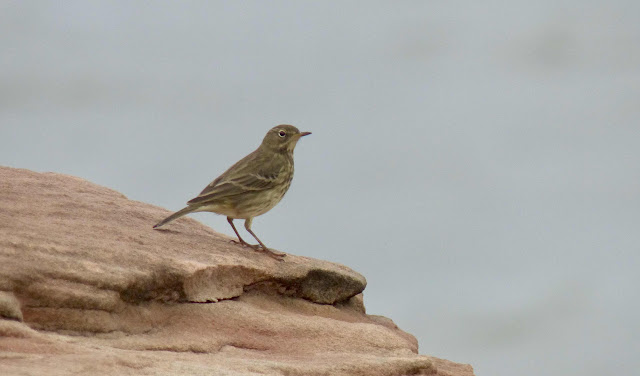 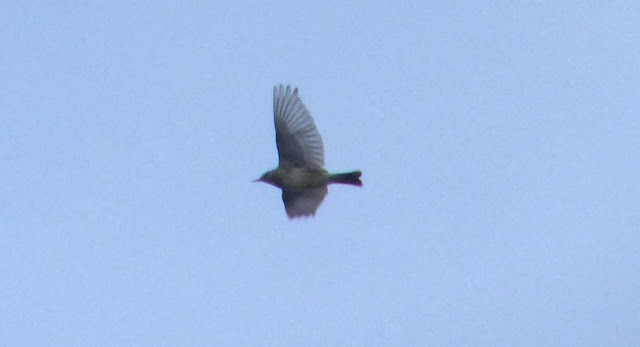 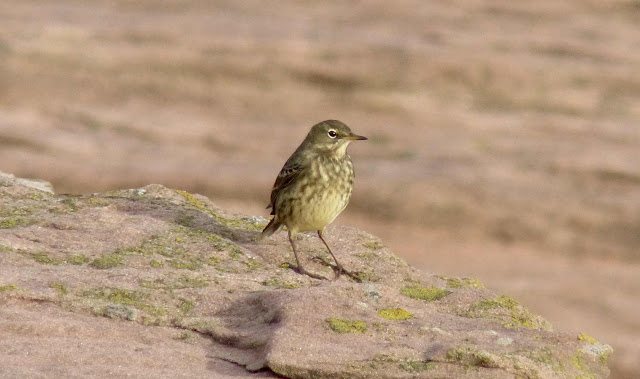 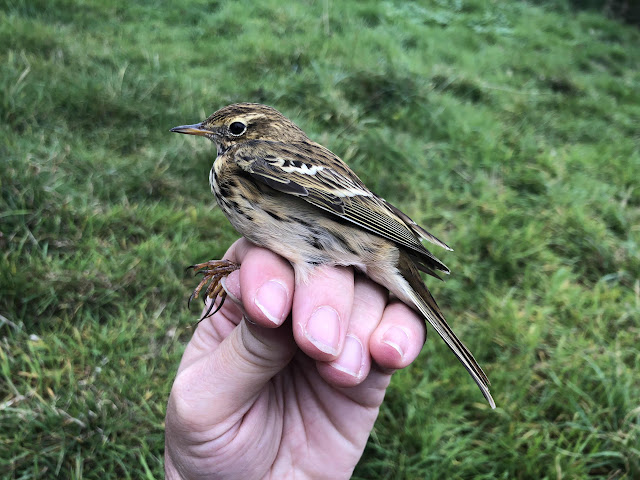 Photos AS and SRW
Posted by Hilbre Steve at 21:44