Weather: NNW   3   vis 5mls but improving later.
Another quiet day passerine wise, so all hopes were pinned on a sea watch but that was also not very productive with only 180 Common Scoter, 1 Red-throated Diver, 7 Guillemot and a Razorbill. 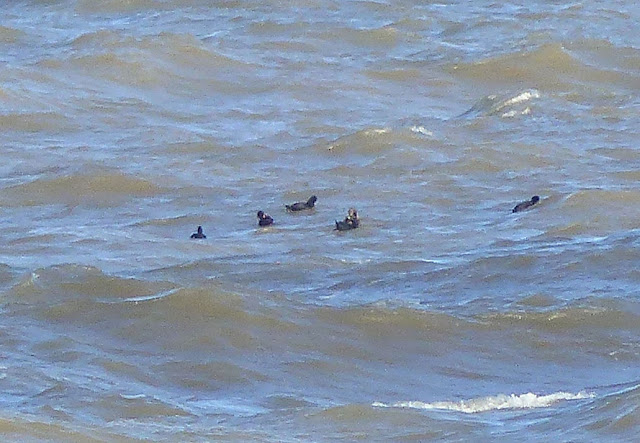 However, the Brent Geese had doubled in number and were counted at 126 on the rocks and sand to the west of the lagoon, on the east side of the islands were 79 Shelduck and 3 Eider appeared on the North Shore after tide. 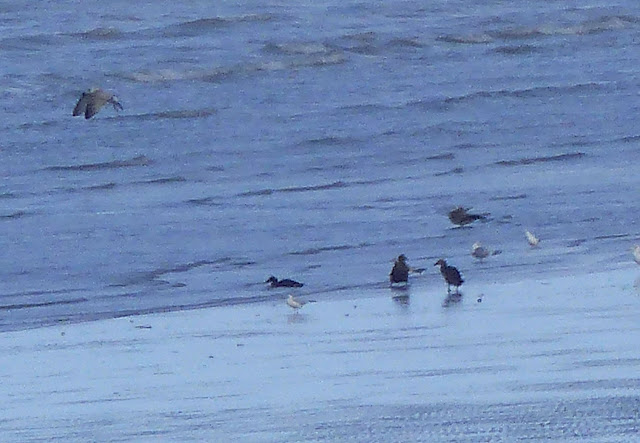