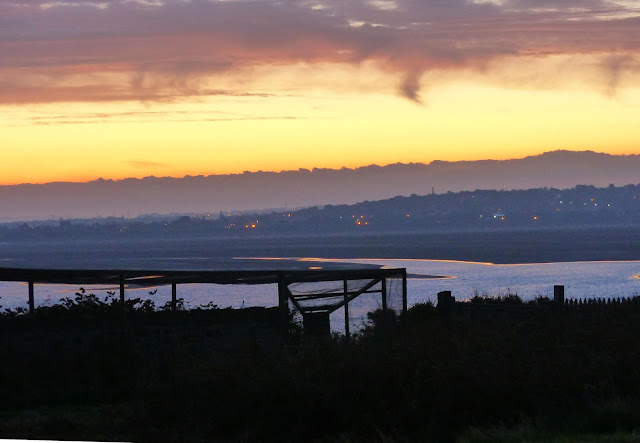 This morning it was a single wigeon that was on the Whaleback, 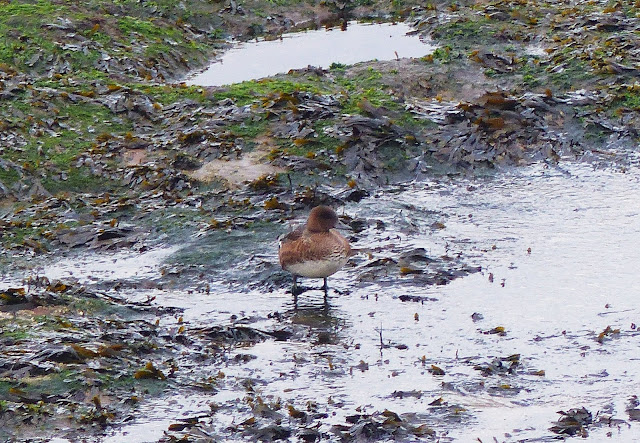 but it started to feel like a replay of yesterday when a Lapwing was spotted flying between the main island and Middle, then 8 Pintail flew west followed by 5 Shelduck. To add to the duck tally, 4 Teal were in the Gutter. 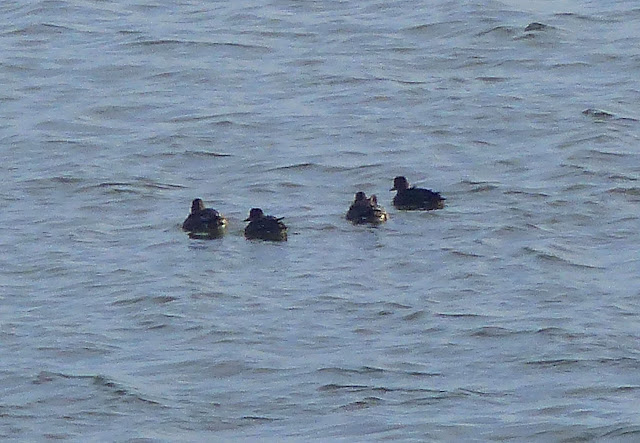 There were 43 Brent Geese on the west side of Middle along with 2 Heron, 5 Little Egret were east of the Gutter. Four Redwing were heard going over, a male Blackbird was in the Old Obs and 2 more were seen to fly off towards Middle, a single Song Thrush was also down but did not stay long. A flock of 137 Starling were observed heading west  with a further 12 later, other fly overs were 5 Skylark, 2 Pied Wagtail , 30 Meadow Pipit and 14 Linnet. 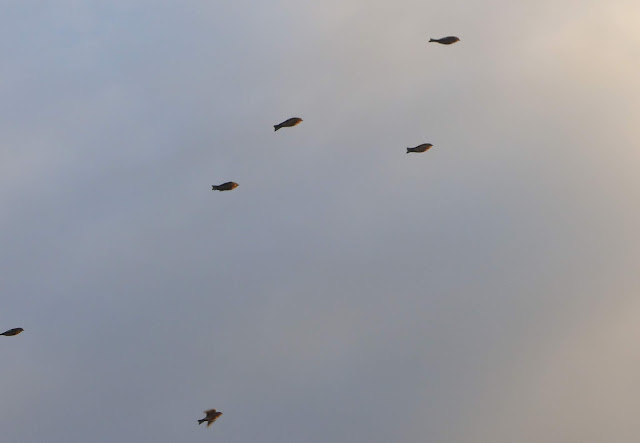 A Chaffinch twinked from the Old Obs garden but refused to show itself and the Kestrel was still around the island.
photos AS
Posted by Colin Jones at 19:27