A Peregrine was put up on Middle as an observer arrived, it flew down the west side but was not seen again.

The male Eider was in the Gutter with a female type, his transformation almost complete he now sports a pinkish breast. Five Common Scoter and 2 Great Crested Grebe were off the North End, with 380 Cormorant on the sea and sand banks.

A single Sandwich Tern was on the East Hoyle, possibly the last of the year.

At least 8,000 Oystercatcher were present in the recording area, most of them feeding on the West Hoyle. Also noted were 148 Curlew and 3 Little Egret. 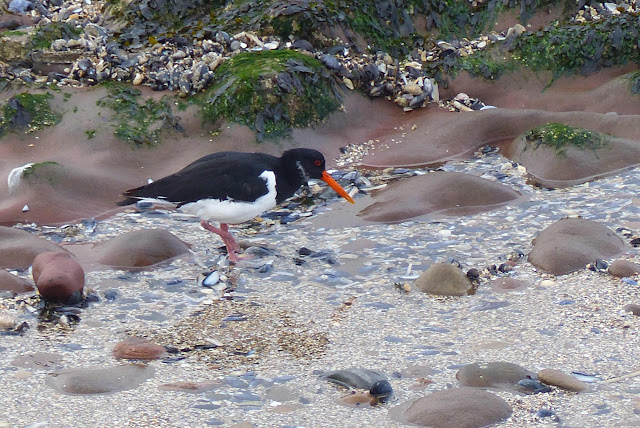 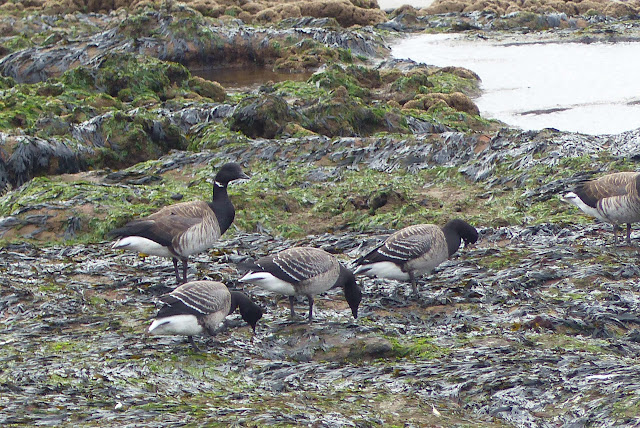 Photos by AS
Posted by Hilbre Steve at 21:02