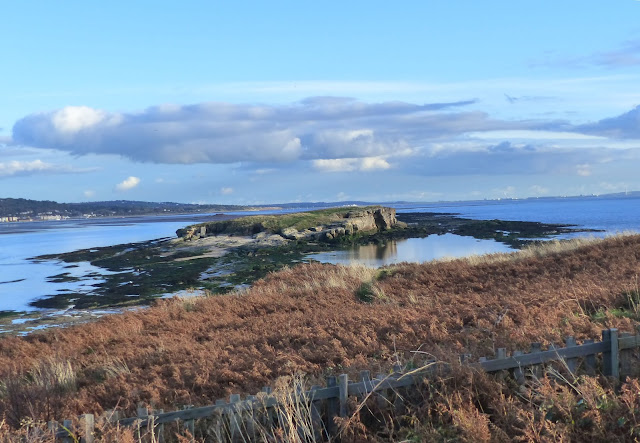 A better day all around than yesterday with the promising start of 6 Skylark going over followed by a flock of 250 Starling flying west over the island, later in the morning a charm of 70 Goldfinch livened the island with their colour and jingling calls. 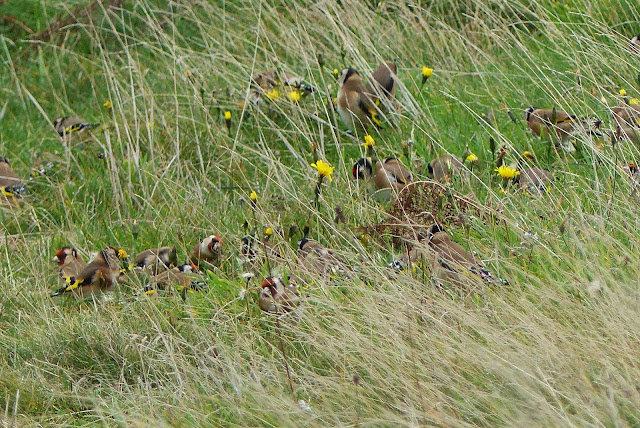 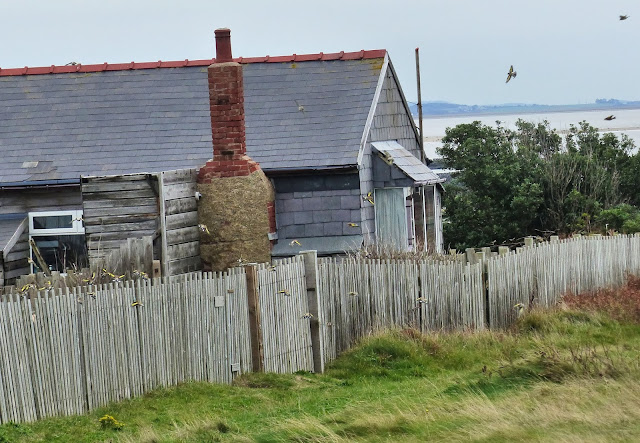 After dark 5 Redwing were heard calling as they passed over the islands.
Today’s sea watch started well when a lovely male Long-tailed Duck was spotted in with some of the 3,000 Common Scoter off the North End (right hand bird), 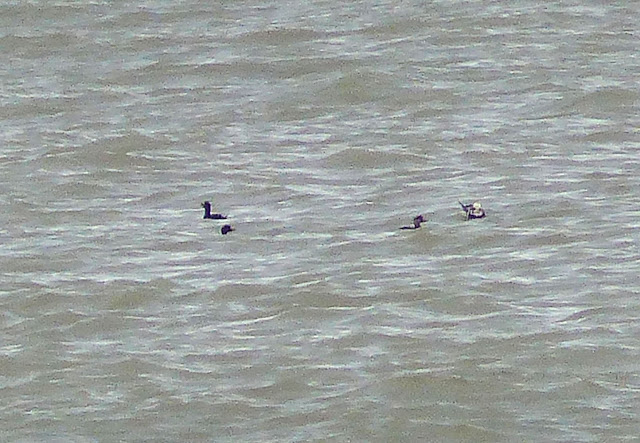 a few Guillemot, 2 Red-throated Diver and 12 Great-crested Grebe were also in amongst them. A Great Skua drifted by the North End with something in the water that it was eating and was watched for about half an hour, it was possibly the bird from Friday. Three Gannet flew by whilst the Bonxie was being observed. 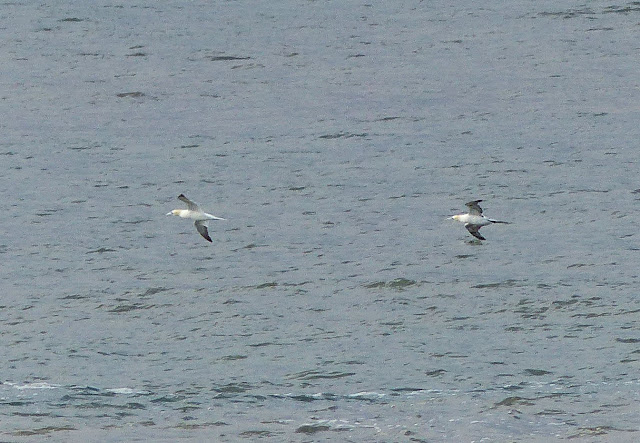 A good count of 330 Curlew was made, 200 Dunlin roosted on Middle and 4 Bar-tailed Godwit were on the North Shore . Brent Geese numbered 45 with HDRB again present.
The quite tame Kestrel was again around the island and a second bird flew over going towards wales.
Photos AS
Posted by Colin Jones at 22:29