Another brief visit this morning after Storm Gareth had passed through was still very windy but fortunately little damage was noticed on the Obs, the fences or other structures on the island.

It was very quiet bird-wise with very little moving on the sea despite the wind with most birds hunkered down in the rocks around the islands including 178 Pale-bellied Brent Geese and 500 Herring Gulls. 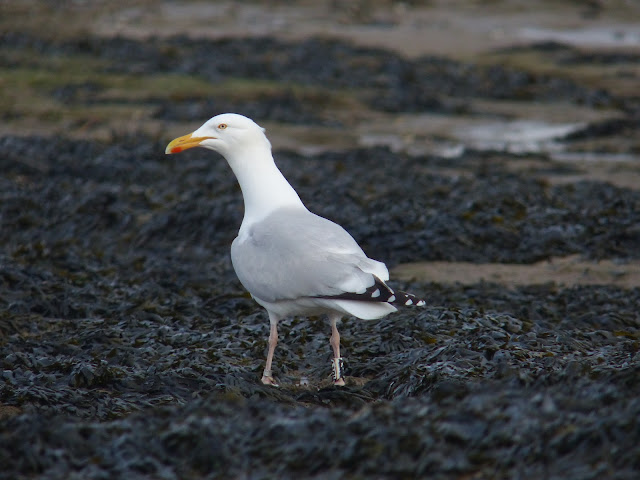