Weather:  NNW force 5   sunny
Not many seals hauled out but they looked comfortable enough in the sun. 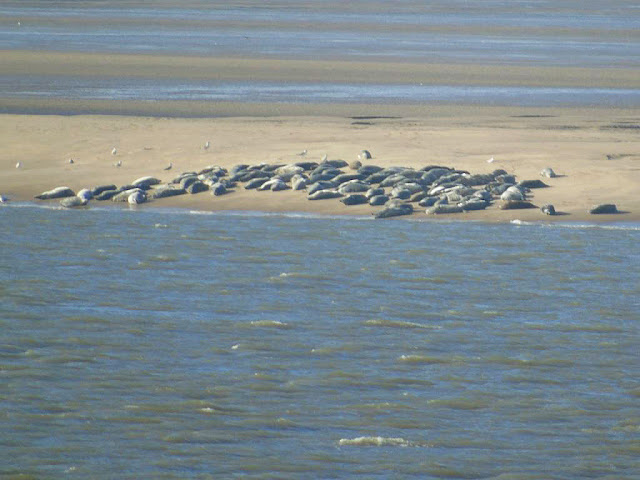 The wind was strong enough, presumably over night as well as this morning, to have stopped any real migration. There were no groups of birds moving through, although there was a Wheatear and a Goldcrest. 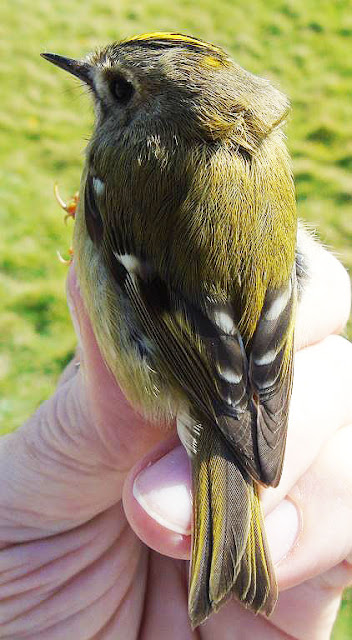 However some typical spring birds did turn up as the morning moved on. There was a House Sparrow, 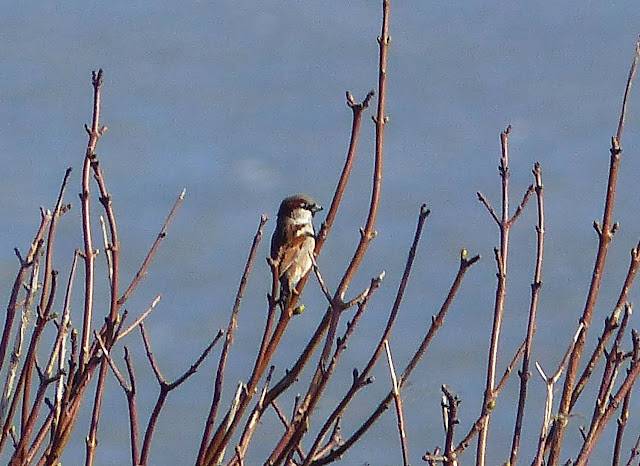 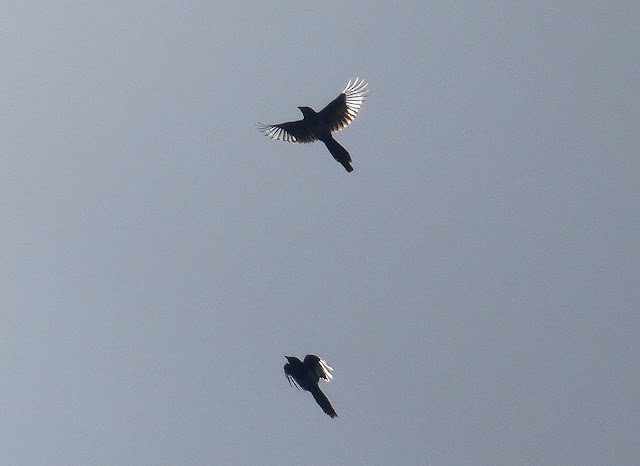 Brent were counted at 185 and there were 5 Eiders present. 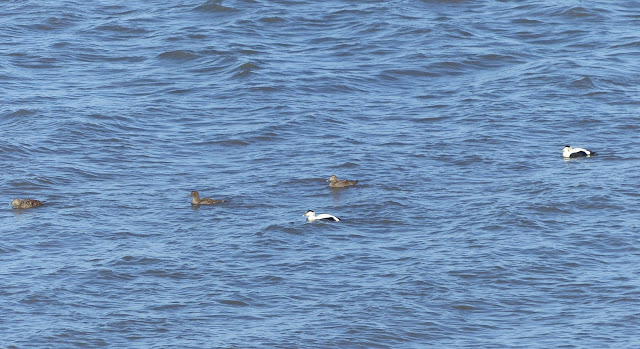 Sixty Sanderling were noted amongst the few waders around, also 53 Turnstone and single Dunlin. 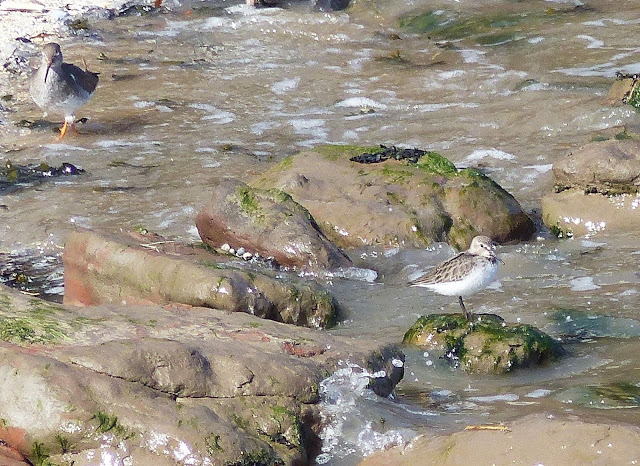 Somebody’s prize white dove/pigeon, turned up. We presume it will get home on its own. 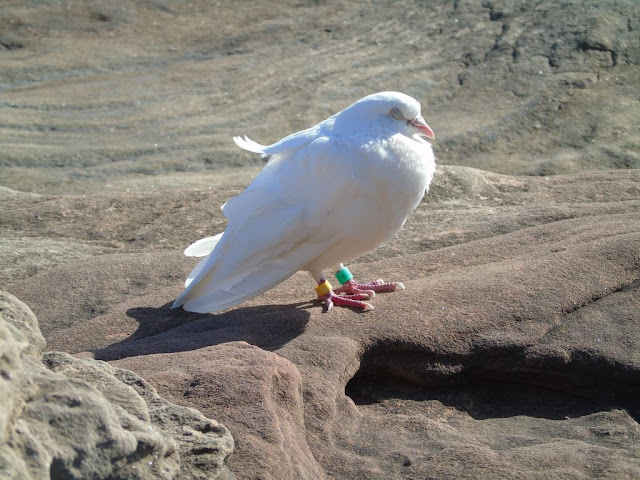 On our last go round the traps we ringed a Robin. 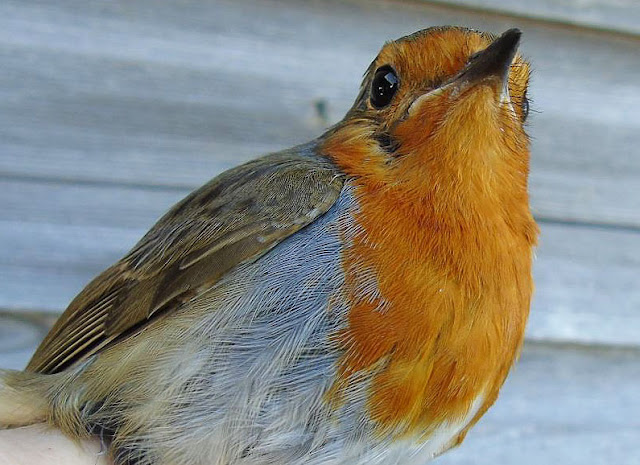