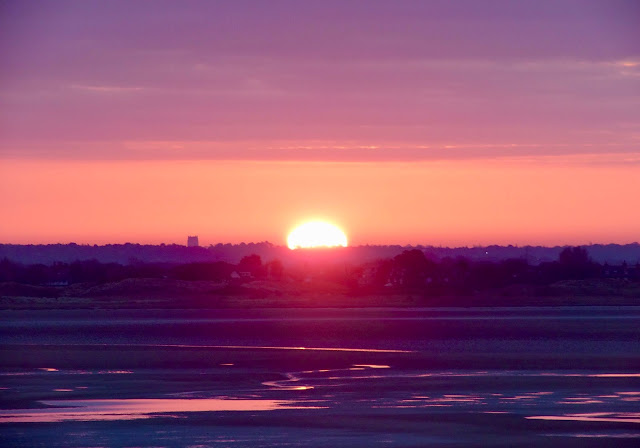 A few small migrants arrived this morning including 6 Reed Buntings, 5 Goldcrests, 4 Goldfinches, 5 Pied Wagtails, 2 White Wagtails, a Redpoll, Chaffinch, Blackbird, but no Chiffchaffs nor the first hirundines of the year. Many of the 50 Meadow Pipits recorded today will not be resident breeding birds and there seemed to be more Linnets about than normal.
Larger spring visitors to Hilbre were a total of 38 Canada Geese, most settling on the sea, also a Greylag and 9 Woodpigeons. Birds of prey appeared to entertain us, firstly a male Merlin was briefly sighted over the island, followed by a Peregrine over the sea and a Sparrowhawk (the first in March) flying over the island then off to the west. 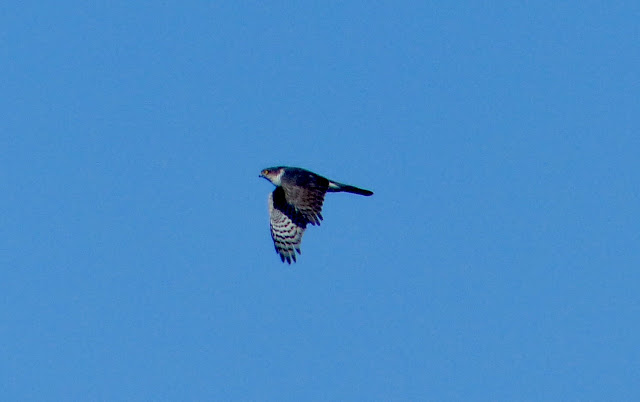 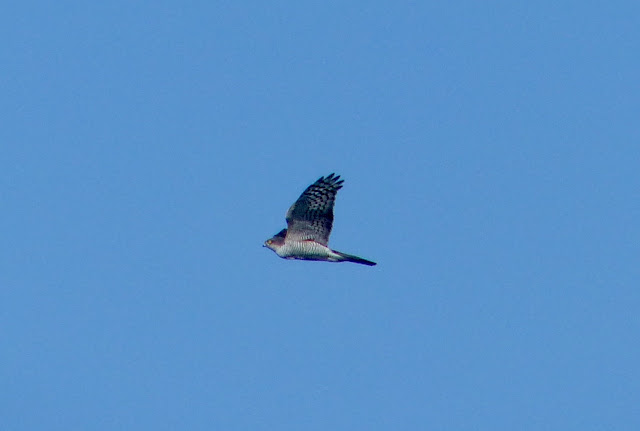 Waders were scarce at the low tide although 400 Knot were seen, some of which rested at the north end and 93 Redshank were in the gutter. Not many of the Brent seemed to have departed yet, 211 pale and 2 dark bellied were counted, while 2 male and 2 female Eider are still here, 8 Shelduck were seen in flight and 3 Mallard were about. Two Mergansers and 2 Great Crested Grebes were the only significant seabirds. Two Little Egrets and a Grey Heron just about completed the main list of birds logged.
A new Linnet that was ringed together with a re-trap illustrated nicely the difference in tail feather shape of the first year (top) and an older individual. 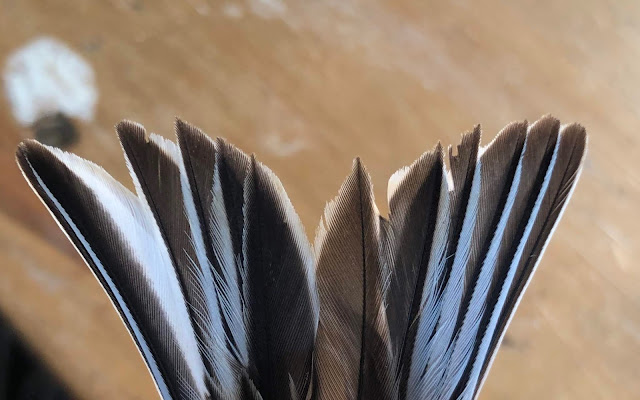 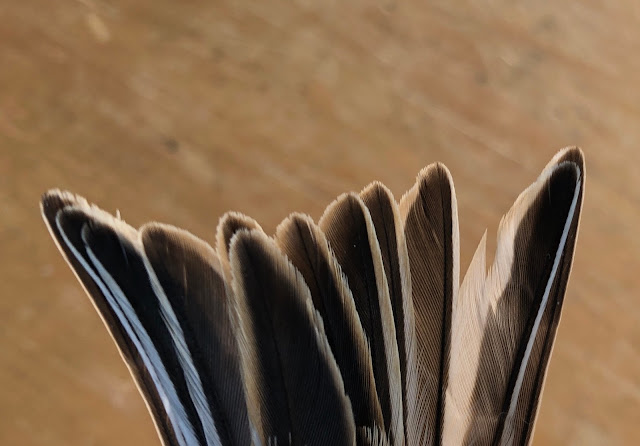 Two butterflies flew in the sunshine, a Peacock and a Small Tortoiseshell.