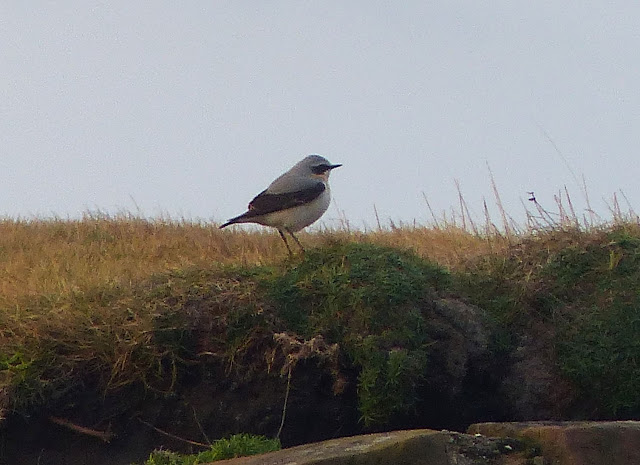 The first Wheatear of the spring duly arrived this morning at the north end soon after dawn, always an eagerly awaited event, for most birders it is the harbinger of spring. 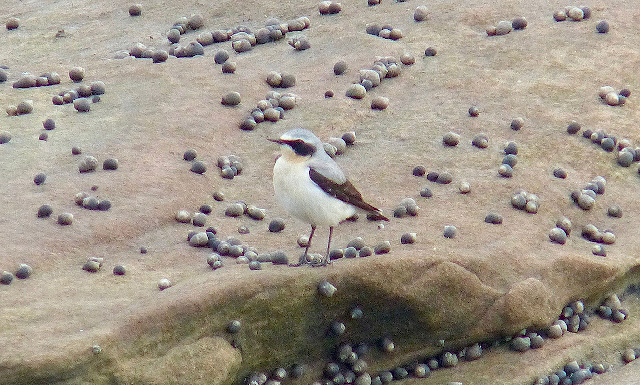 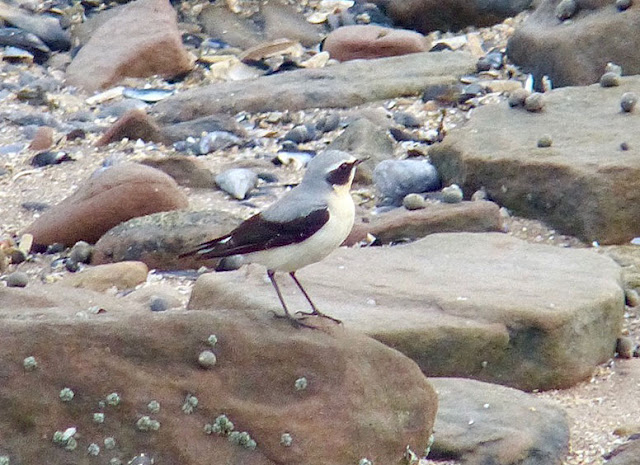 It was soon joined by another individual, both flying about together, even landing on a bungalow roof. 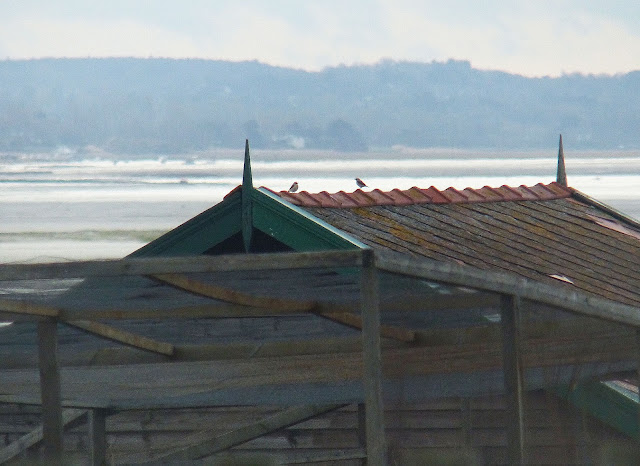 They moved on after an hour or so, then another arrived around midday which in turn was joined by a fourth bird soon afterwards. It is not often that the first is involved with a multiple arrival. Visible migration was less than yesterday although a White Wagtail was another first of the year. There were no Goldcrests or Skylarks this morning but a small passage of Meadow Pipits went through and single Chaffinch, Greenfinch and 3 Goldfinches were about, also a Reed Bunting and a new Chiffchaff. A fine looking male Stonechat was a new arrival and it stayed throughout the day. 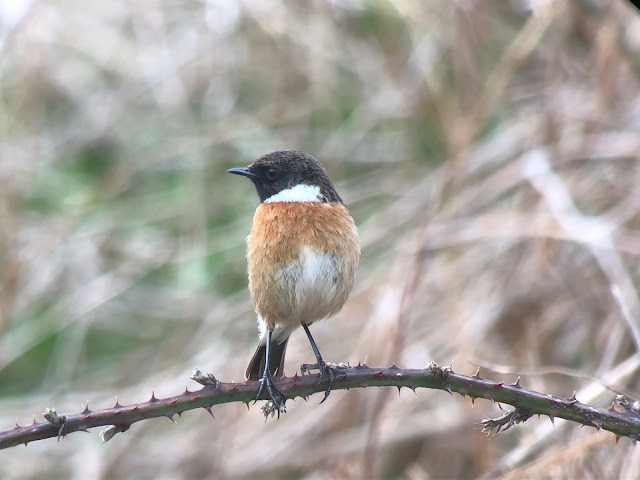 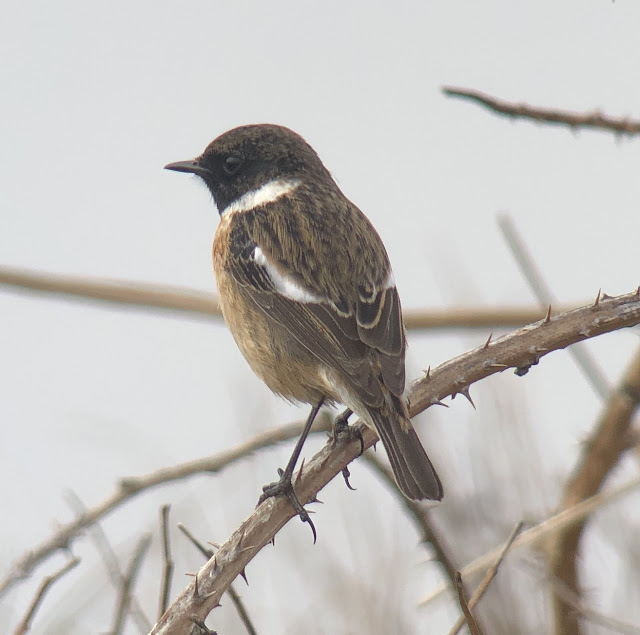 A Merlin had been seen perched south of Middle early on. 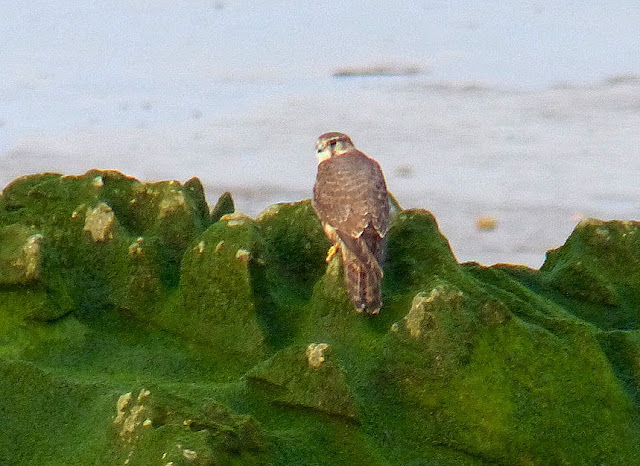 The sea was relatively calm but the best birds seen were 35 Great Crested Grebes and 3 Red-breasted Mergansers.
Wader numbers were predictably low, the best being 114 Curlew, 1,500 Oystercatchers, 2 Purple Sandpipers and 60 Redshank.

Brent were counted at 211 and 2 male and 2 female Eiders swam into view as the tide flooded and ebbed, and 2 Wigeon flew down the estuary off the east side.
A Small Tortoiseshell butterfly rested in the watery sunshine. 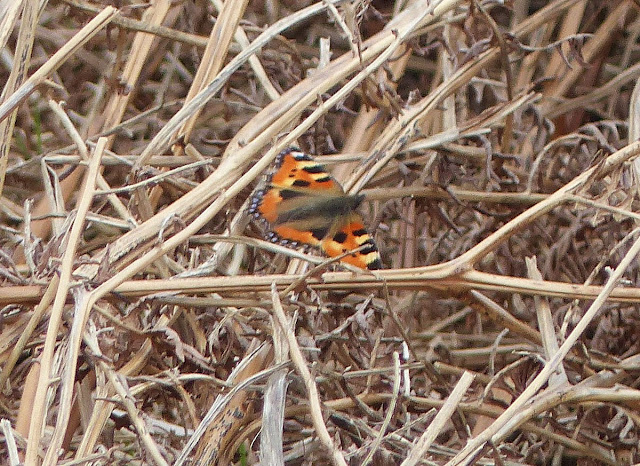