Weather: W force 1/2  cloudy early with mist.
It felt like spring this morning, warm and windless, and the birds that you would expect to turn up in early Spring did. The Stonechat was what is expected at this time of year, there were a few in February, although today the first of the year was ringed. 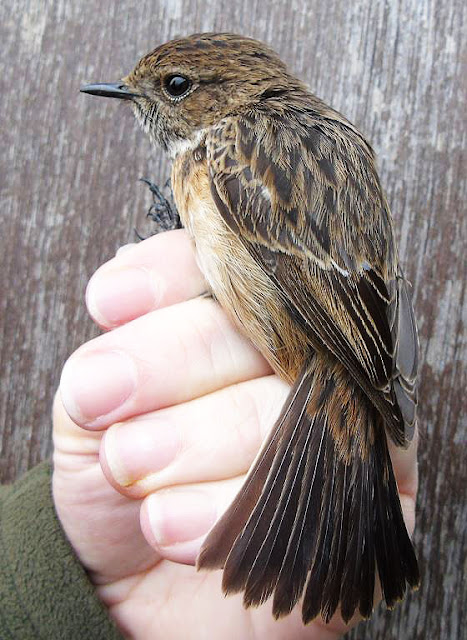 Also ringed were a couple of Robins and one of the 8 Goldcrests, all of which are likely to be passage birds. 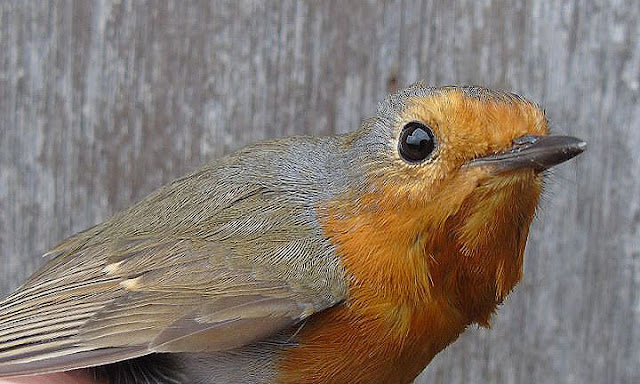 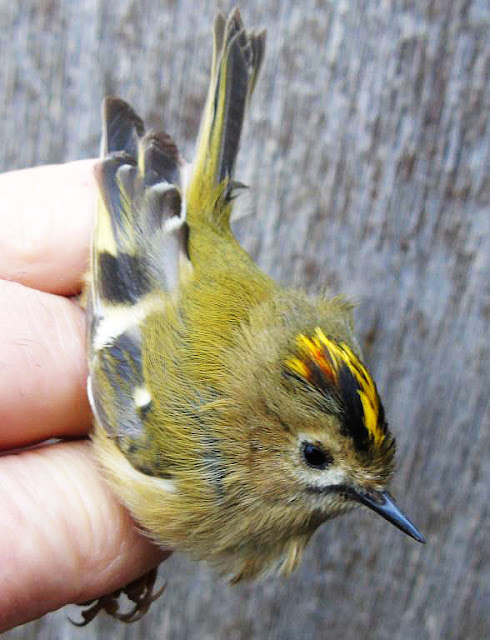 There were Meadow Pipits passing through along with Grey and alba wagtails, and 3 Skylarks at Middle Eye, all birds on passage at this time of year.

Then there were the ducks. It was good that 2 extra Eiders turned up, including another male, 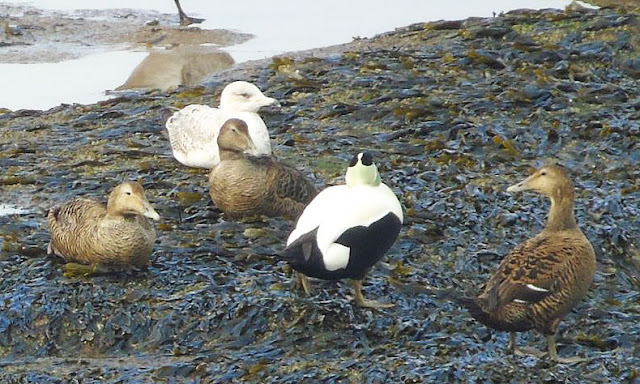 ....... but the variety following them was just right for spring. Five Mallards, which included 2 females, possibly looking for somewhere to breed, then Shelduck, Common Scoter, Teal (8), Wigeon (9 flying west), Pintail (2), and a male Goosander. All this rounded off with a shag at the north end. 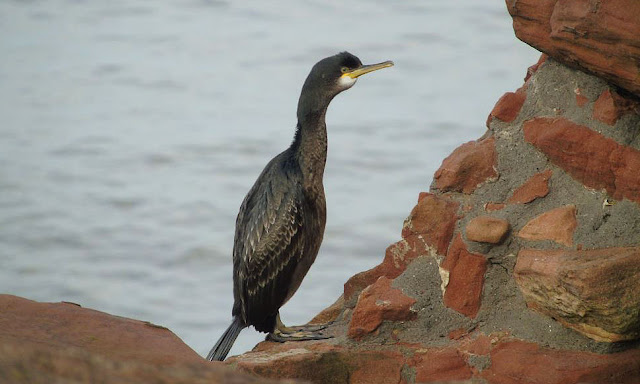