A single Reed Bunting was first heard then seen in the Obs garden before later the same or another bird appeared in the trapping area. 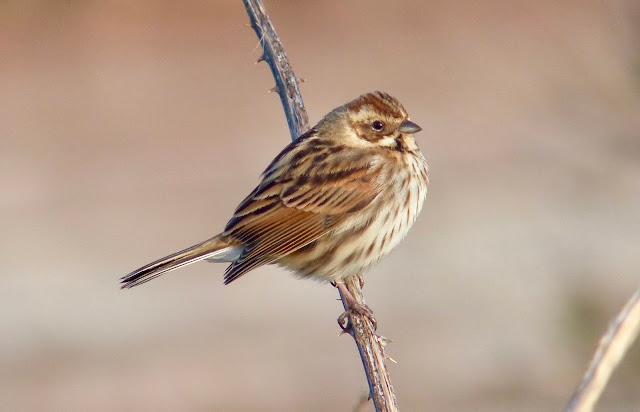 The day started with a fresh cool northerly airflow and a large flock of Brent Geese were sat sleeping at the North End.  As the tide flooded they awoke and began to feed - it was almost like they were getting themselves ready for departing on their mammoth journey to Canada probably via stopovers in Northern Ireland and Iceland... 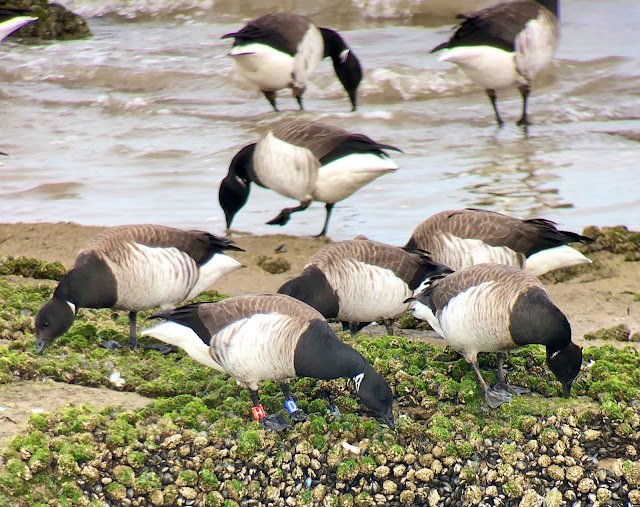 The Canadian-ringed Brent (HDRB) was present (see above), continuing the theme of the week, as were at least two other colour-ringed birds with a total of 196 Pale-bellied birds.  Interestingly, the whole flock included four Dark-bellied birds today consisting of three adults and a first winter (these birds being from Siberia) however these birds did not closely associate with each other.

A Merlin was first seen heading off the main island before sitting a while on the North End of Middle - this is a very good time of year for Merlin at Hilbre, coinciding with pipit movements and a new Meadow Pipit was trapped along with a returning bird.  Six Pied and a single Grey Wagtail were noted during the day as was a single Goldcrest in the blackthorn. 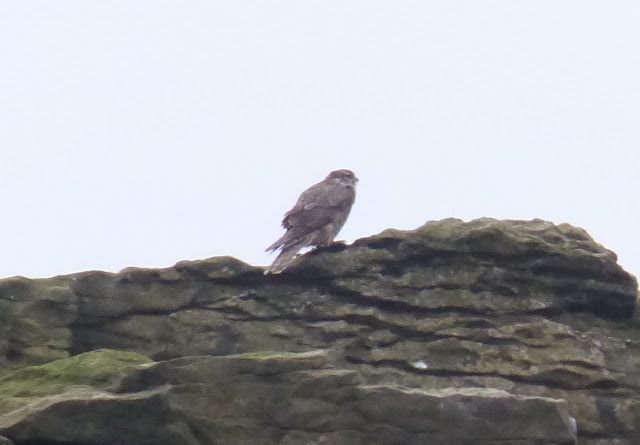 The weather improved during the day and by high tide it was bright blue skies but there was no sign of the colour-flagged Turnstone from yesterday...perhaps it has moved on further north on its return migration to Canada?  A single Purple Sandpiper remained with a small number of Turnstones around the North End rocks and two pairs of Eider appeared on the flooding tide. 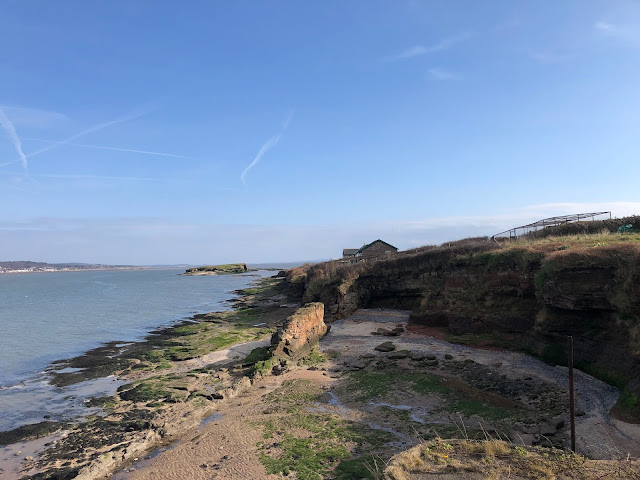 A skulking Song Thrush appeared flying across Niffy Bay - where has it been hiding?  Or perhaps it is a new bird migrating.  It was a fine end to the day and with the wind dropping we are intrigued, as always, as to what tomorrow might bring... 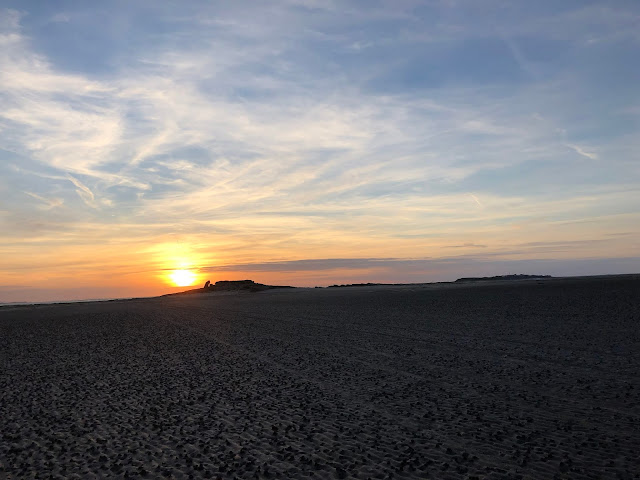