An after tide visit on a family dull day produced some interesting records not least the re-appearance of a Dark-bellied Brent Goose with the Pale-bellied Brents which numbered 230.

A pair of Mallard were off Middle Eye as the tide ebbed as were three of the five Eiders present (two males and three females). 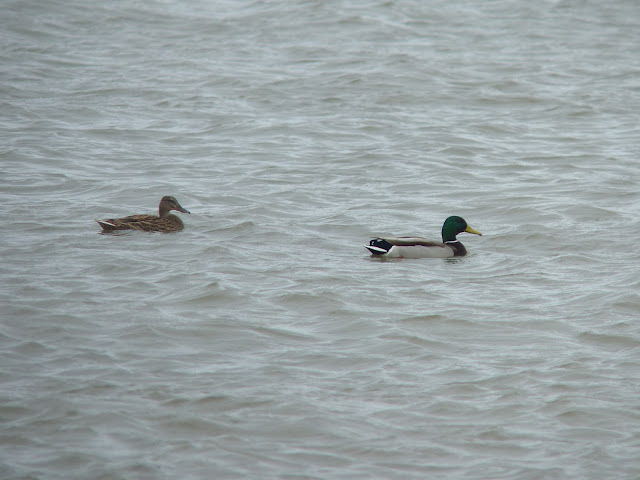 The Stonechat was still present in the gardens on the east side late morning and a couple of Pied Wagtails were noted.

A Scandinavian Rock Pipit (Anthus petrosus littoralis) was noted on Middle Eye on the way off the island but did not hang around long enough to be photographed (presumably headed to the main island).  There have been three recent March records (2014 and 2018) of this sub-species at Hilbre (they are clearly more readily identifiable in spring) and one bird caught in October 2016 which had a Norwegian ring!  Photo below from 2018 (https://hilbrebirdobs.blogspot.com/2018/03/13th-march-2018.html). 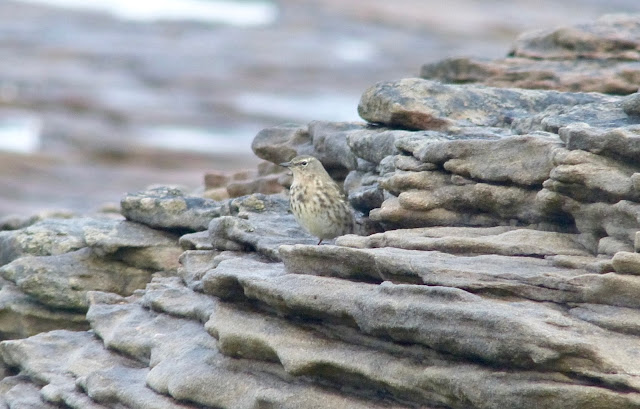