Weather: W  1-2  vis 3 mls with mist but increasing later as the mist lifted.


As observers arrived at Middle Eye 5 male and 3 female Mallard were noted below the cliff on the east side, upon reaching the Obs a Goldcrest was calling in the Pittospurum and a Chaffinch twinked further down the island.
A Skylark was put up from the south end and remained around the island all morning, a Rock Pipit was at the north end and in addition to the  Meadow Pipit on territory there was a small passage, 60 in total. 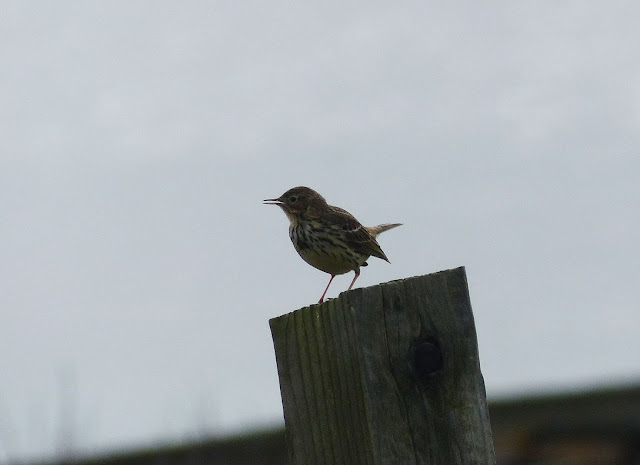 Five Starling landed on the mast briefly, 3 Pied and 1 Grey Wagtail flew over as did 4 Goldfinch, with at least 1 coming down in the Gazebo garden. 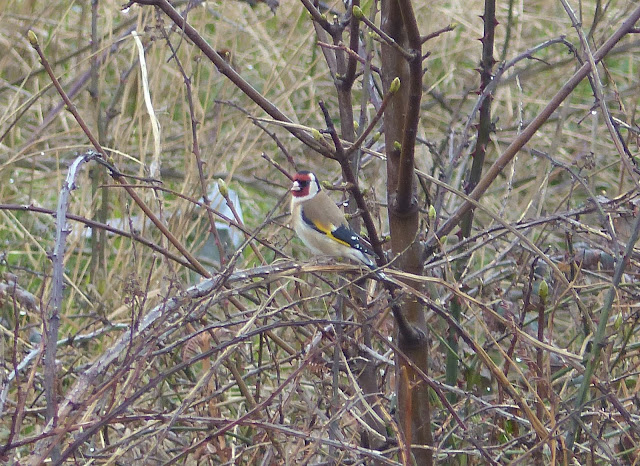 A Jackdaw was heard calling and was then seen being chased away from the island by the resident Crows, 14 Linnet , a Blackbird and 3 Dunnock were logged. 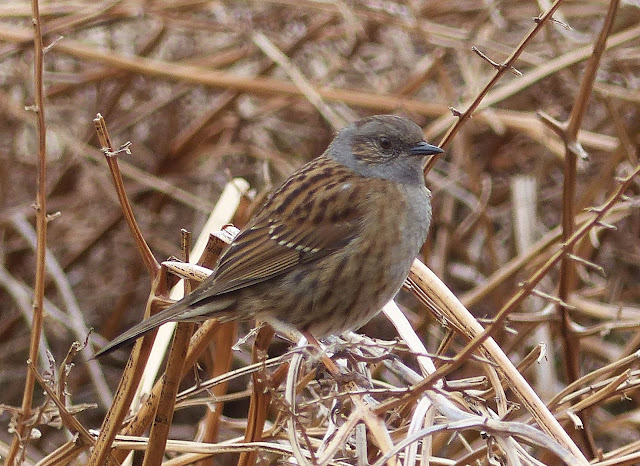 A first winter Dark-bellied Brent was with the other Brent Geese, 2 male and 2 female Eider were east of Middle after the tide. Nine Common Scoter, 3 Red-breasted Merganser and 2 Great Crested Grebe were on the sea.
Some of the waders noted were 4 Purple Sandpiper, 10 Ringed Plover, 64 Turnstone, 60 Knot and 63 Curlew.
A Kestrel was spotted over the south end but did not stay and a Grey Heron was in the lagoon.
Posted by Colin Jones at 22:35