An Oystercatcher has taken to the top of the main island, which is unusual, and it is ringed - it would be very interesting to find out where and when it was ringed. 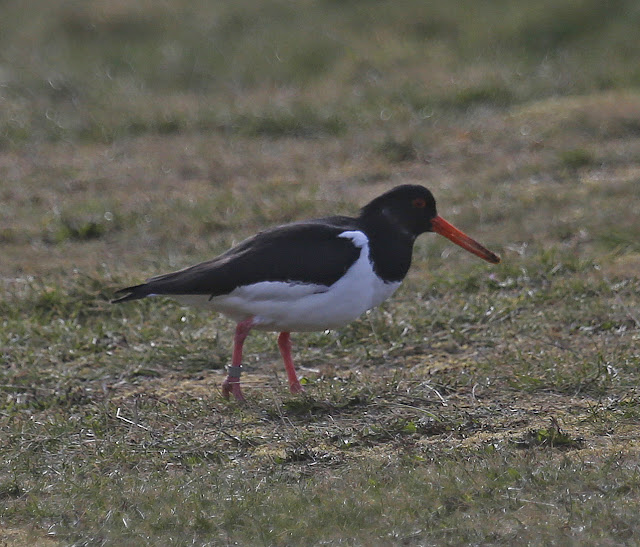 Six Eiders were seen today including three drakes (two adult and an immature) and three females.  Three Mallard were also noted including two drakes and duck. 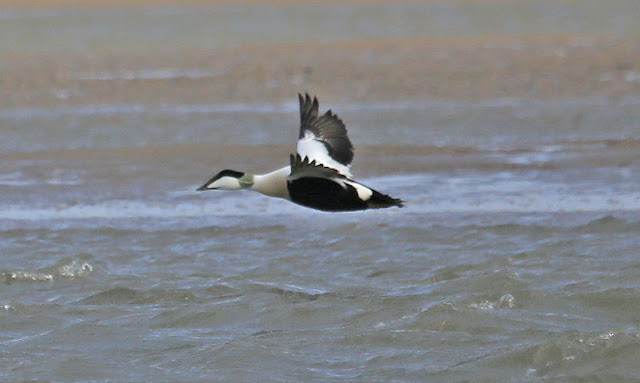 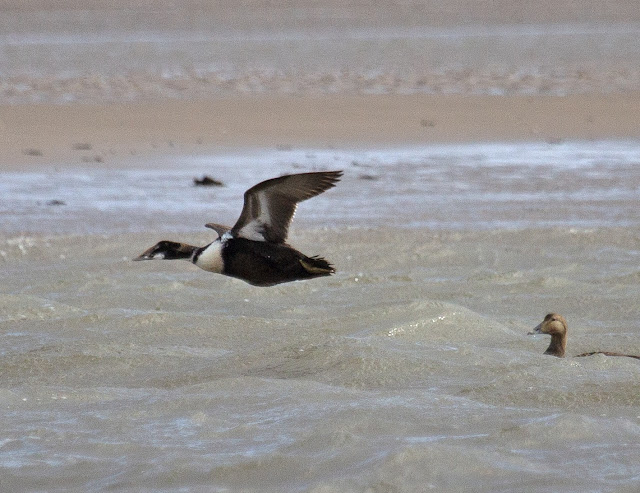 A good passage of Meadow Pipits was noted over the sea flying east to west totalling 135 birds.  Four Pied Wagtails were also recorded as was a single Rock Pipit.

The sea produced two Red-throated Divers and a single Great Northern Diver (possibly the bird seen several times in recent weeks) as well as two Gannets and 150 Common Scoters.  A Harbour Porpoise was noted again off the east side of the island from the Obs and is perhaps the individual which has been seen several times recently.

Wader numbers were reasonable but only a single Grey Plover was seen (and photographed). 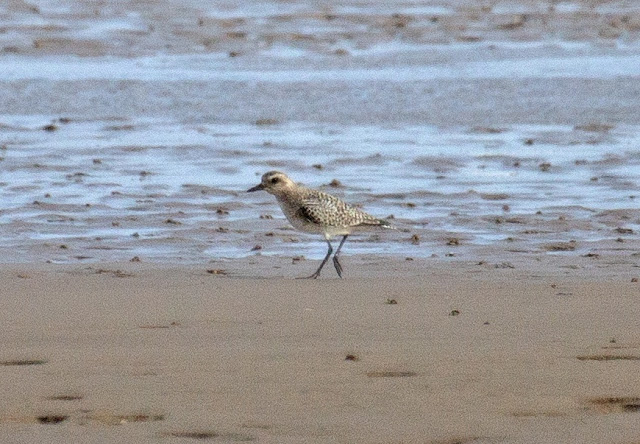 Photos by CJW
Posted by Hilbre Steve at 22:16