Weather: WSW 0-1
A spring like day brought spring like birds to the island. Small species included 5 Goldfinches, a Chaffinch, a Reed Bunting, a Goldcrest, 2 Skylarks and a Chiffchaff that had been ringed elsewhere on 5th October last year, we await further details. 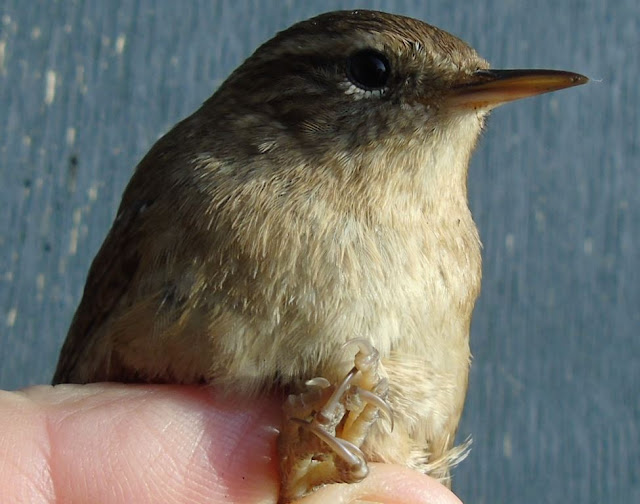 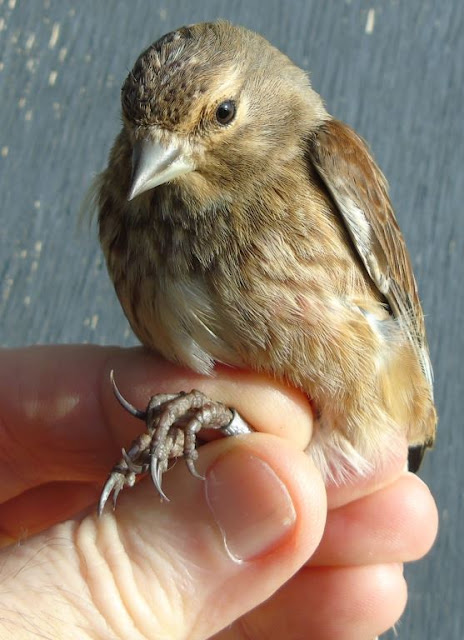 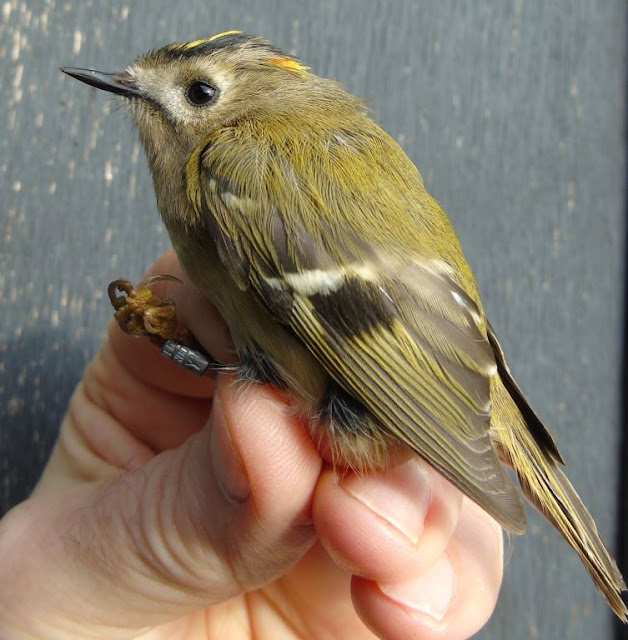 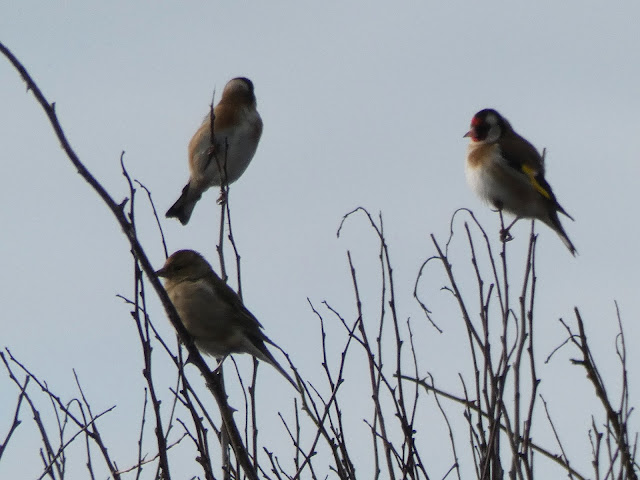 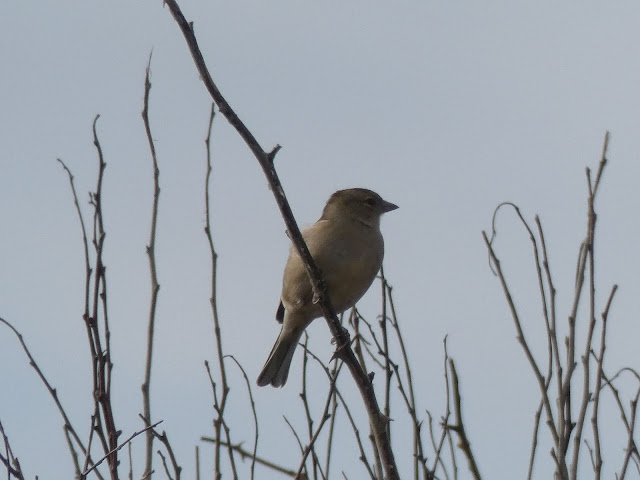 Larger visitors were a Merlin, 2 Woodpigeons and a Greylag Goose, while 200 Brent and a few Shelduck were around the islands. Meadow Pipits were displaying and a Dunnock was singing.

Best of the sea watch was a Great Northern Diver which is probably the same bird that hss been about recently. Also seen were 18 Great Crested Grebes and 350 Common Scoter.

An afternoon visit brought two good friends of the Obs Margaret Rawlins and Mike Archer (from the Bird Observatory Council) who are helping us input our 62 years worth of sightings data!  The least we could do was provide a brief trip over via Landrover to break the monotony of paginating our old log books in a local West Kirby office. 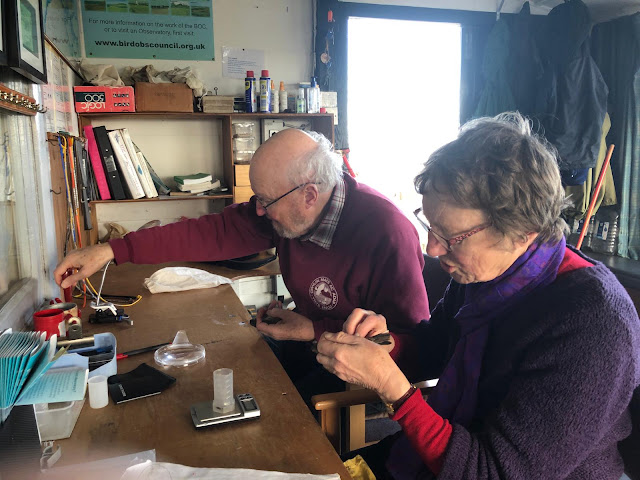 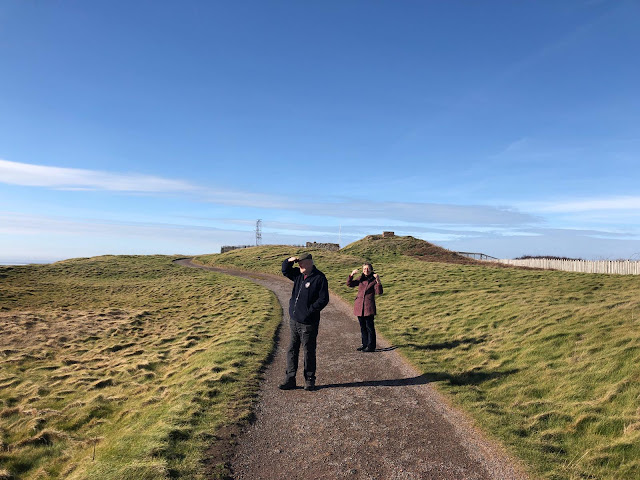 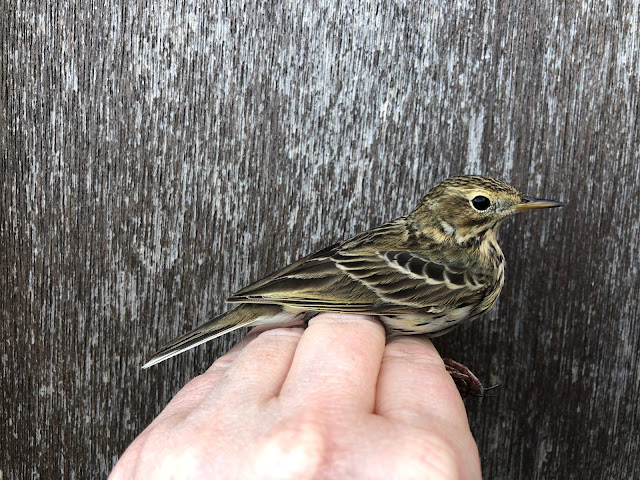 It was a stunning afternoon on the island with hardly any wind and temperatures soaring it felt more like May than March.   Two colour-ringed Pale-bellied Brents were present on the whaleback (Canadian and Icelandic ringed birds) plus four Eiders.  Margaret and Mike even managed to ring a bird each (Meadow Pipit and Robin) before a Short-eared Owl was seen flying east from Middle towards the Royal Liverpool Golf Course being mobbed by gulls. 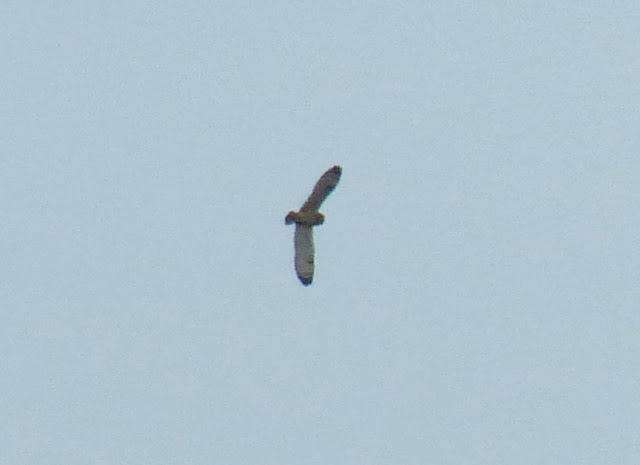