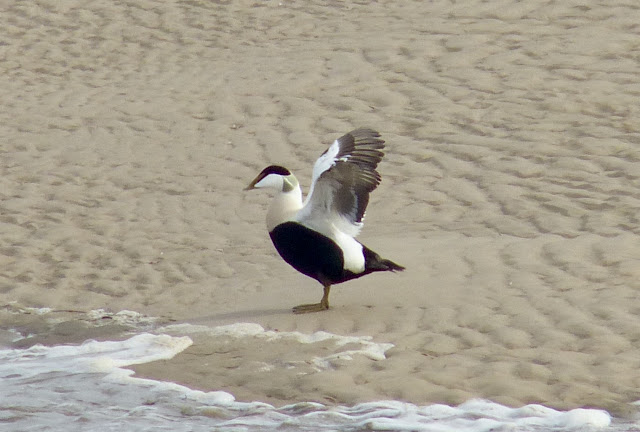 A fairly quiet morning was livened up briefly by a House Sparrow which was calling around the bungalows before flying off south.  Similarly a single Chaffinch also flew south calling but there was very little else on the move during a cold morning which warmed up nicely as the sun broke through. 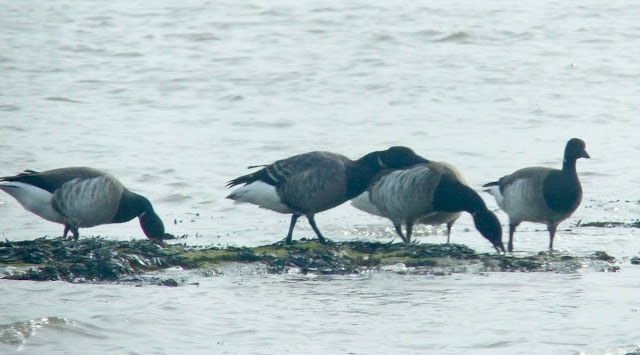 A pair of Eider drifted up the flooding gutter but there were few waders around. 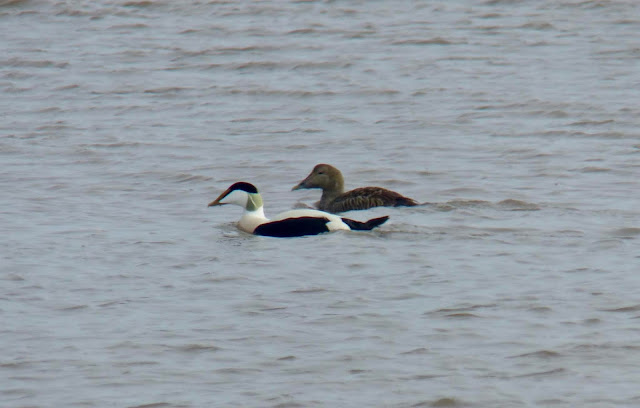 No obvious grounded migrants were noted but a single new Robin was caught and ringed.