Early spring migrants included Grey Wagtail and a small number of Pied Wagtails moving overhead whilst a Chaffinch spent most of the day in the pittosporum bush in the Obs garden. 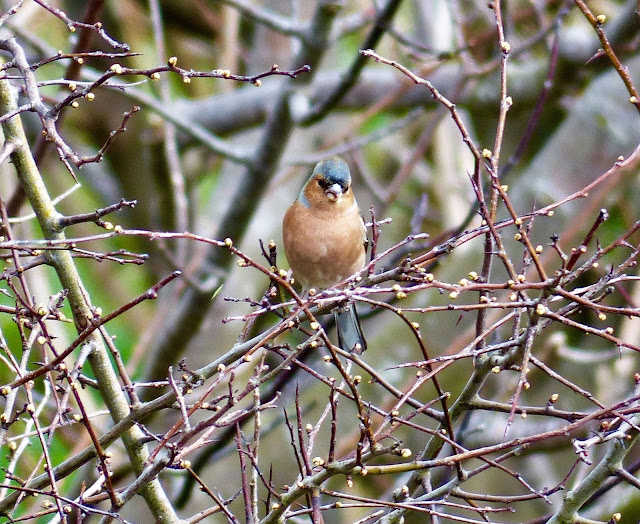 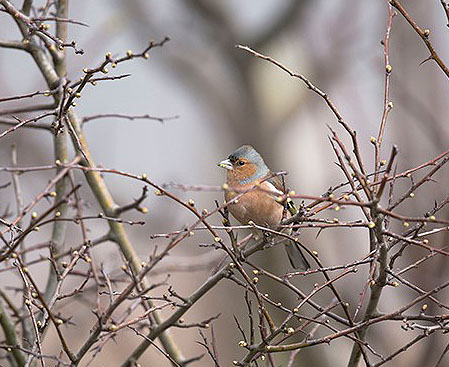 The ringed female Stonechat continues to tour the island and was wide ranging. Signs of impending breeding attempts included singing Dunnock, Wren, Robin and Meadow Pipits which were making song flights. A Rock Pipit made a brief appearance.
Wader numbers were markedly reduced although counts of roosting birds over the high tide  included 250 Curlew and 3,000 Oystercatcher and many Redshank. 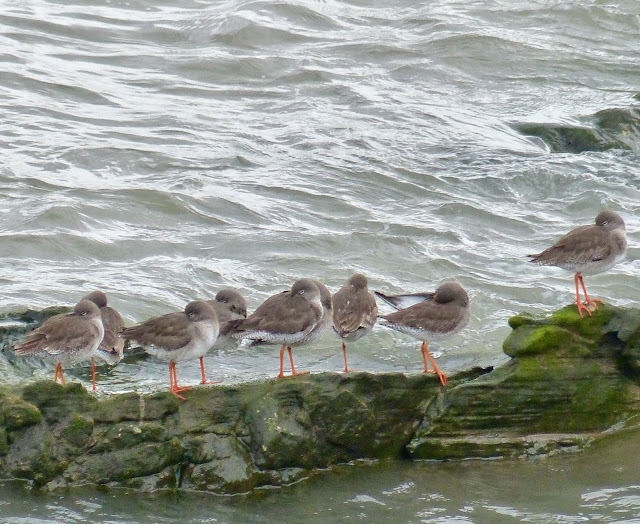 Purple Sandpiper numbers have dropped to 4 and these birds will soon be on their way north to breed. 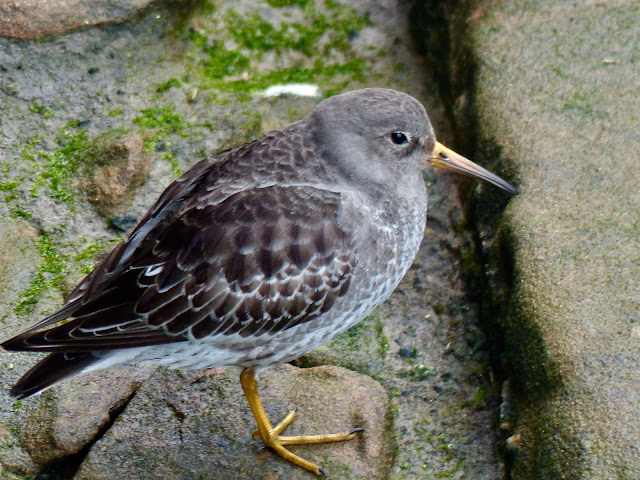 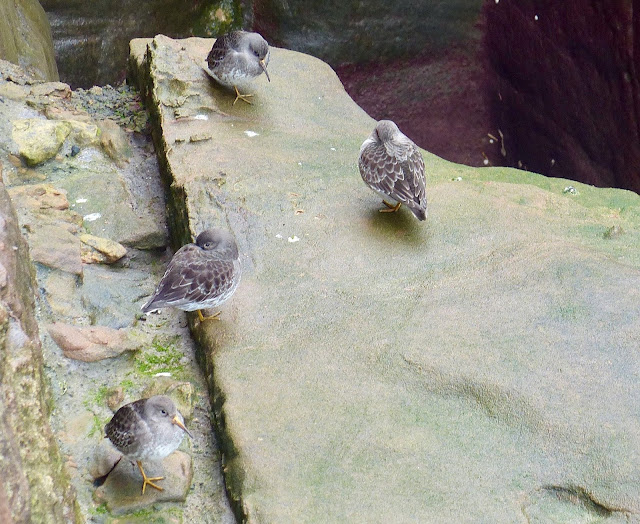 The regular single male and two female Eider were present 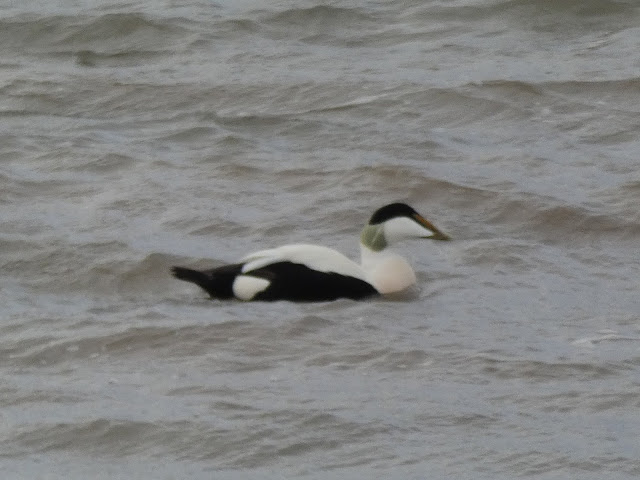 also a party of Mallard are inspecting potential nesting sites, while over 150 Brent Geese remain around the islands . A seawatch didn’t produce much apart from 2 Red -throated Divers and around 20 Common Scoter although a distant Great Northern Diver was picked up as the tide ebbed.
A Peregrine sat on the rocks at Little Eye while another flew off the North end towards Liverpool.
Three Short-Tailed Field Voles were seen and a Harbour Porpoise showed well briefly from the north end. Photos of Harbour Porpoises are rare indeed as they pop up so briefly and unexpectedly. 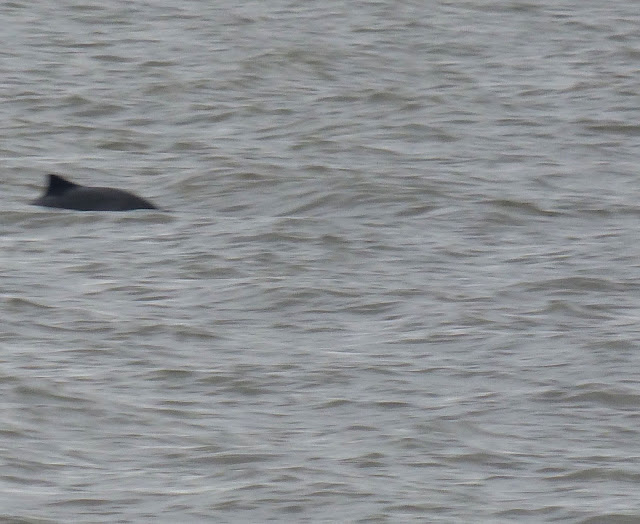