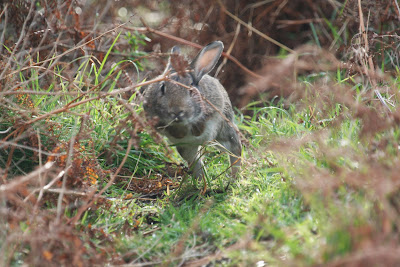 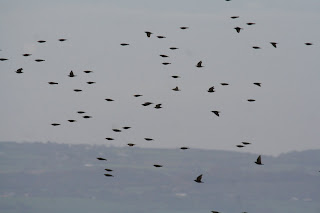 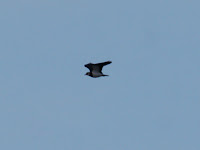 anded on the East side and two others flew down the opposing side, three Red Throated Divers, 6 Great Crested Grebes and 5 Red Breasted Mergansers were present off the North End, a solitary Rock Pipit and only 2 Purple Sandpipers were just off the slip and 103 Brent Geese were counted. The colour ringed Little Egret that has been seen a few times this year showed well in the gutter (below). The Peregrine was present most of the morning and a Merlin again made its presence 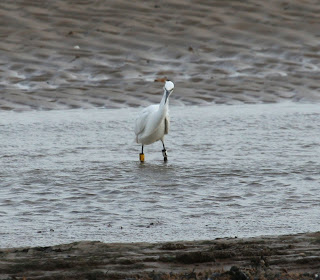 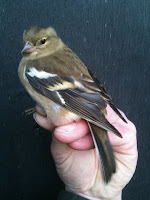 felt, a nice Raven was mobbed by 2 crows over the Middle but was not in the least bit bothered! A single Song Thrush, 4 Blackbirds, 5 Goldfinch, 3 Redpoll and 9 Chaffinches (right) were noted on or over the Islands. The illusive Rabbit showed very briefly in the paddock (top right). Ringing:- 1 Chaffinch (DB,CJW) [947-46] photos CJW
Posted by Colin at 20:36