Obs member Allan Conlin found an american sandpiper (peep) just after midday today off Hoylake promenade.  The news was released promptly as a Semipalmated Sandpiper.  It remained until 1230pm when it flew with other waders (Dunlin, Ringed Plover, Sanderling and Knot) but was fortunately relocated (again by Allan) off Curzon Road at c1.15pm where it remained occassionally flushed with the other waders until c3pm at least being seen by many observers. 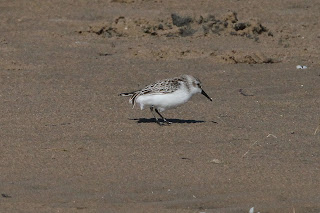 The slightly long-billed appearance and rufous-toned scapulars caused some discussion between Obs members on site.  However, when the photos were downloaded and circulated amongst other 'experts' and loaded on the internet further debate ensued as to whether it was in fact a Western Sandpiper... see for yourselves. 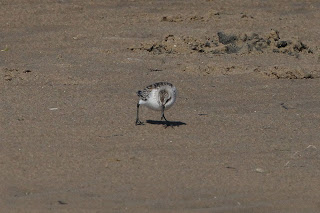 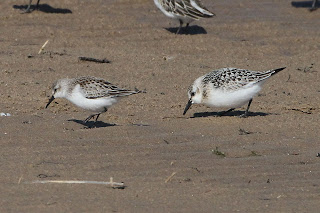 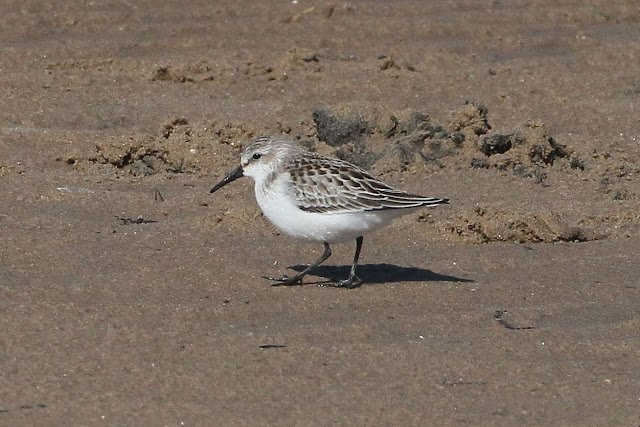 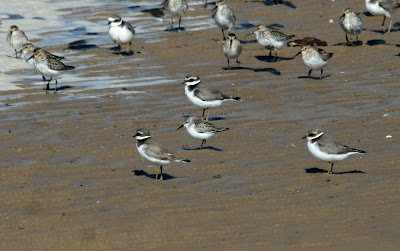 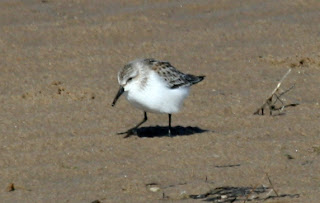 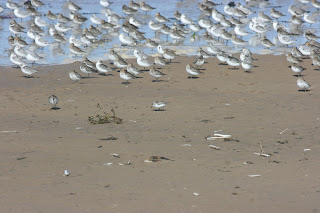 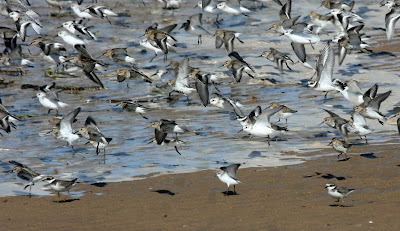