Weather: SE force 1, later 2, sunny
Another pleasant day of this long Indian summer started with some Goldcrests calling in the gardens and then up to 3 Chiffchaffs arrived as the morning progressed. A Magpie made a repeat performance of Monday, staying for an hour or two and then disappearing, not the same bird as Magpies had been seen arriving at Red Rocks today (JET). 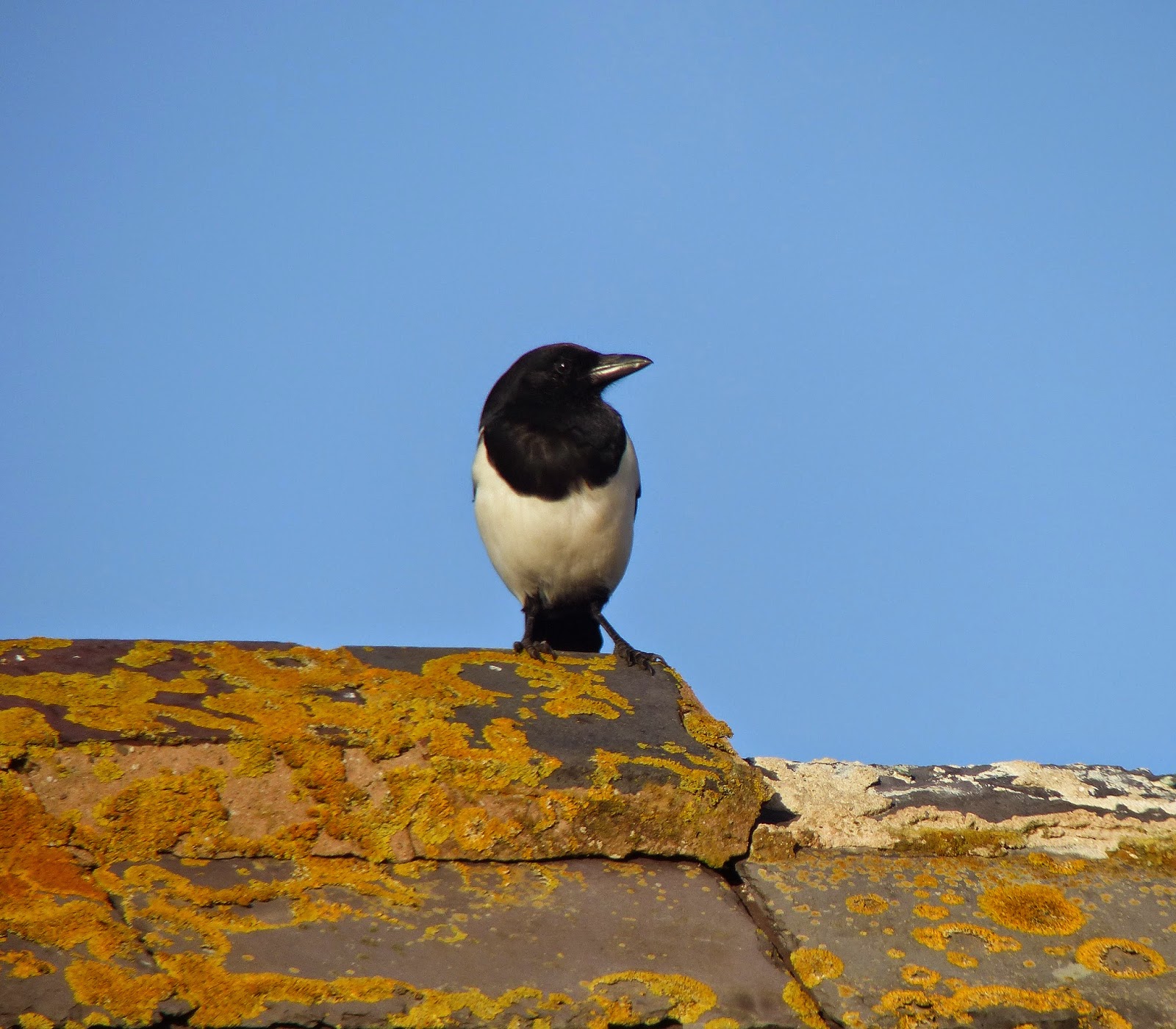 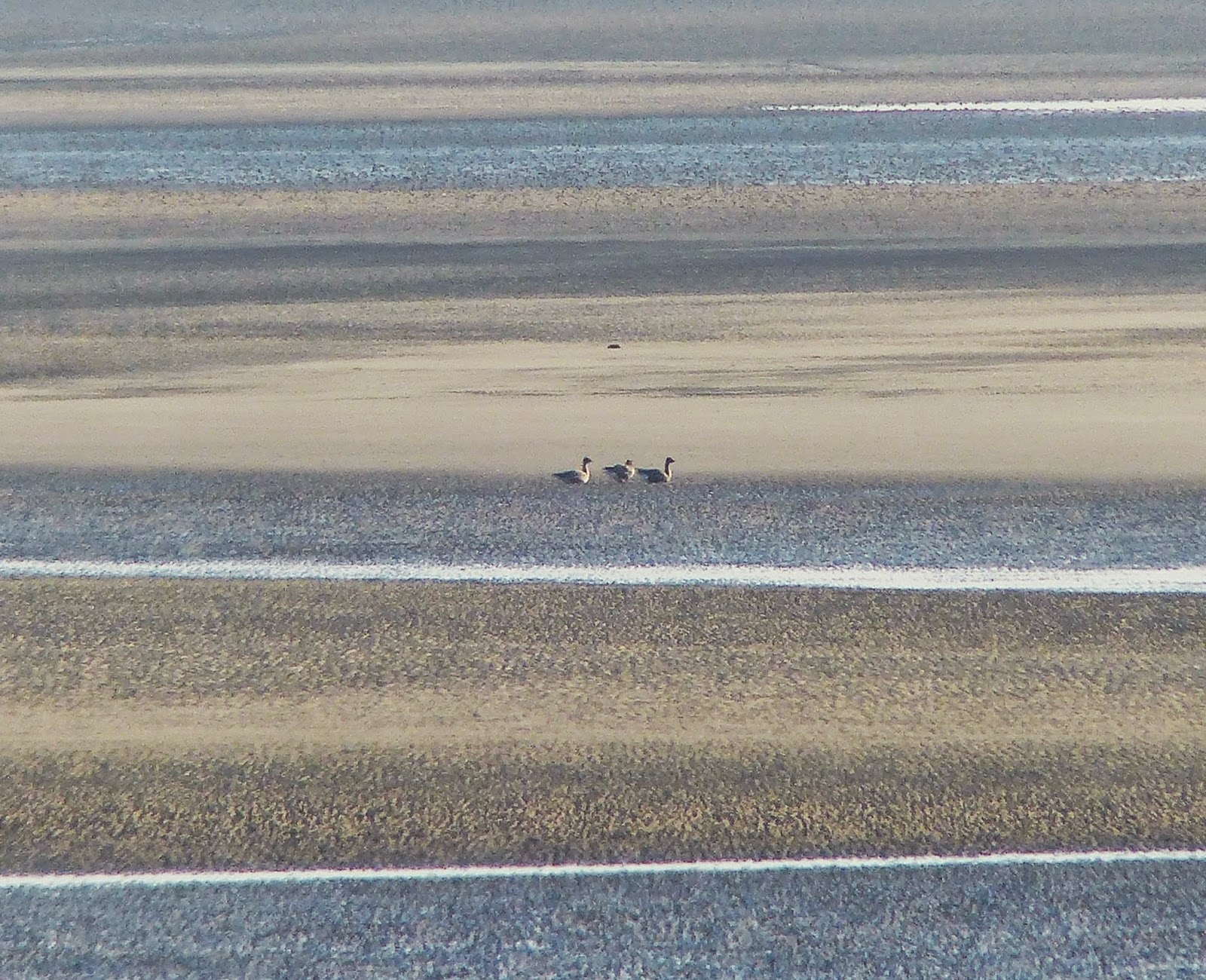 Three Pink-footed Geese rested distantly on the east hoyle sands for an hour (left), while 4 Brent were on the whaleback, two of which seemed to be sporting rings of some kind (one was metal) but they could not be read in the field. A Wheatear flew down the east side and then was seen again by the light, the first on the island for some days. A small passage of Meadow Pipits (and Red Admirals) was obvious to those at the north end of the island, while several groups of Skylarks totalling 31 called as they came through from the north. 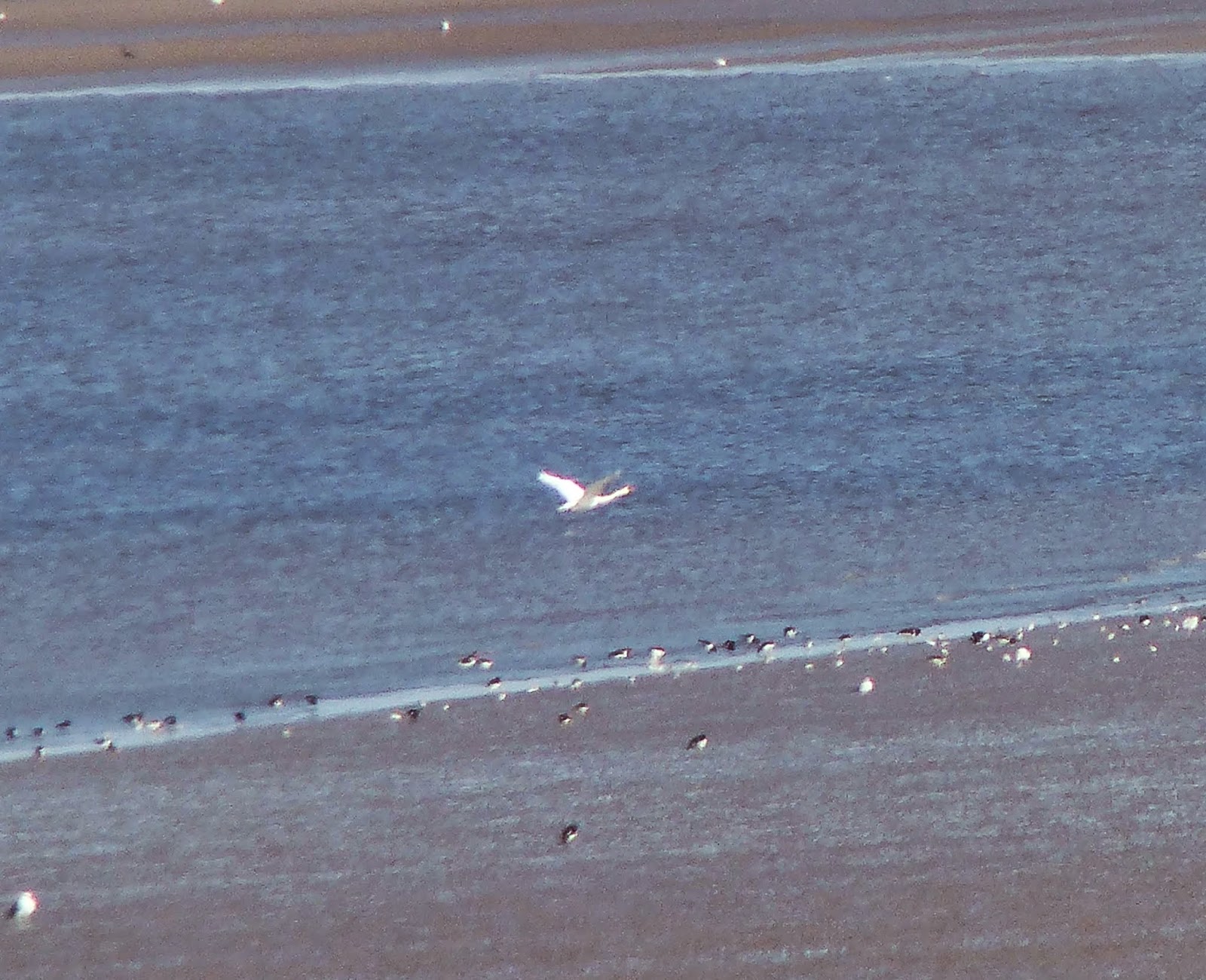 This last month has been notable for the lack of finches in general and the 2 Goldfinches with the Linnet flock on Middle today were the first for some time, even of this increasingly regular species at Hilbre. Parties of Sanderling flew west low over the sea, the largest being a flock 80, a flock of Dunlin numbered 700, and other waders present were 30 Ringed Plover and 8 Bar-tailed Godwits. At about noon a Mute Swan flew north east along the tide edge towards north Wirral (right).
Ringed: 5 Goldcrests, 3 Wrens            [ 910-36 ]
(DB,AEH,CJ,AO+1)        photos CJ
Posted by Colin at 15:00