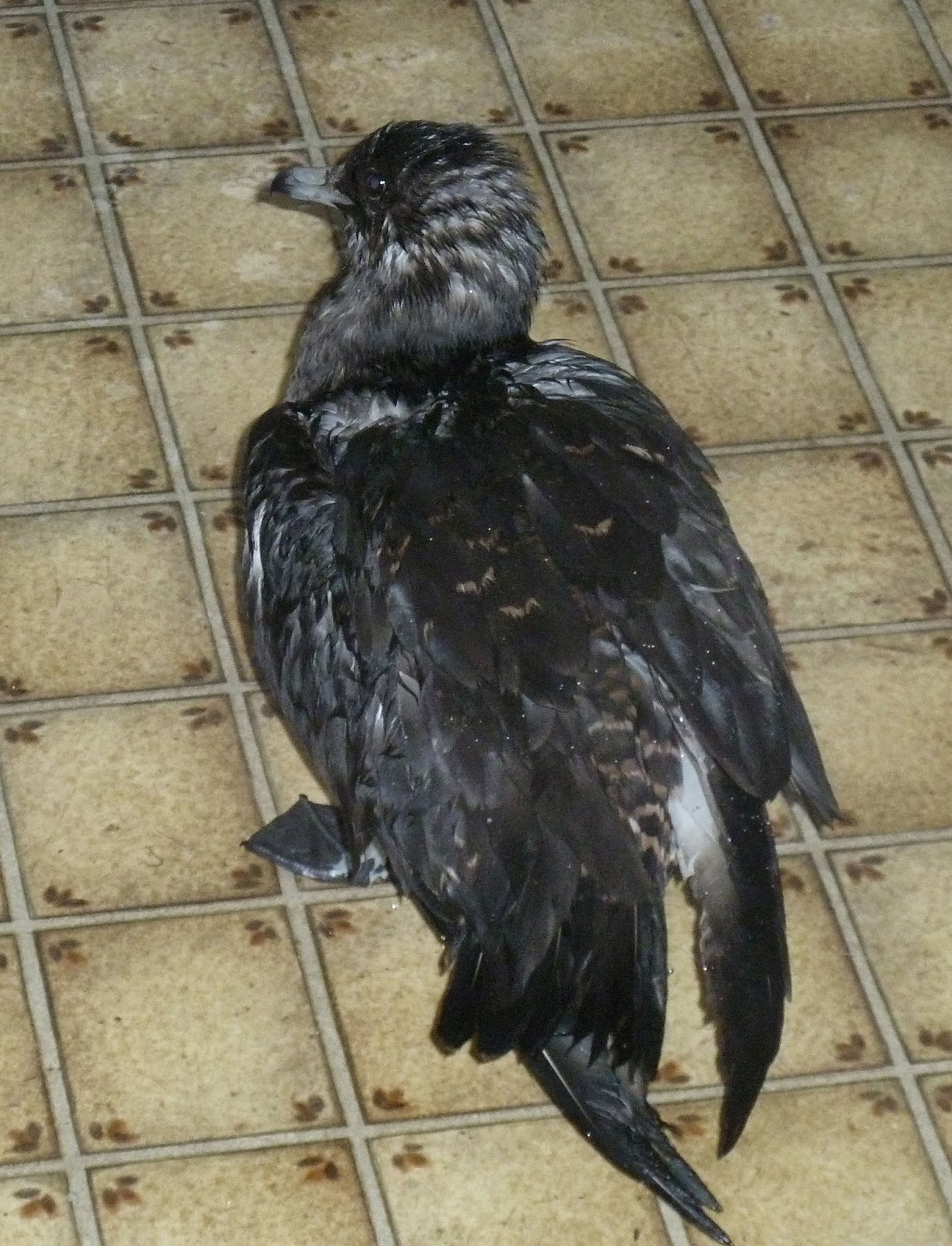 Weather: Wind WNW 1-2 increasing to 3-4 by 1200hrs, squally showers throughout.
An injured juvenile Pomarine Skua, first noticed yesterday, was today taken into care. The bird seemed to have a damaged wing but was otherwise healthy and took food and water. Back on the mainland the skua took more food and water and bathed and preened and seems to be doing well. It is to be collected tomorrow and taken to Stapely Grange for further rehabilitation, and hopefully it can continue its journey south in the near future. 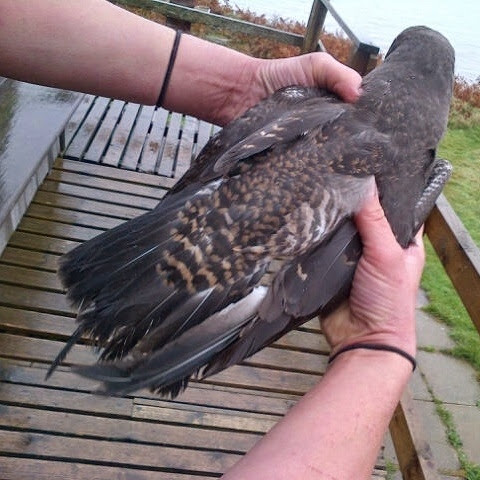 The weather was not conducive to passerine movement and 17 Starlings moving east was the only visible movement. A sea watch over the high tide produced 35 Great Crested Grebe, 124 Common Scoter, 14 Guillemot, one Kittiwake, three Red-throated Divers and one Great Northern Diver which flew west just off the North End. Brent Geese were counted at 57 but there were undoubtedly others around the islands. Purple Sandpipers have increased to four. 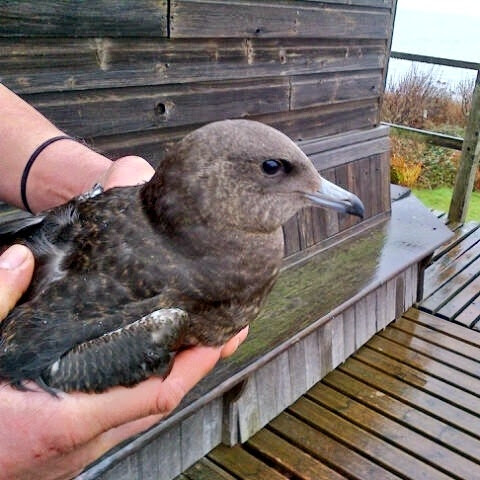