Weather: S force 2/3, later in the morning W force 4 and then dropping, sunny and fairly warm when the cloud had cleared. 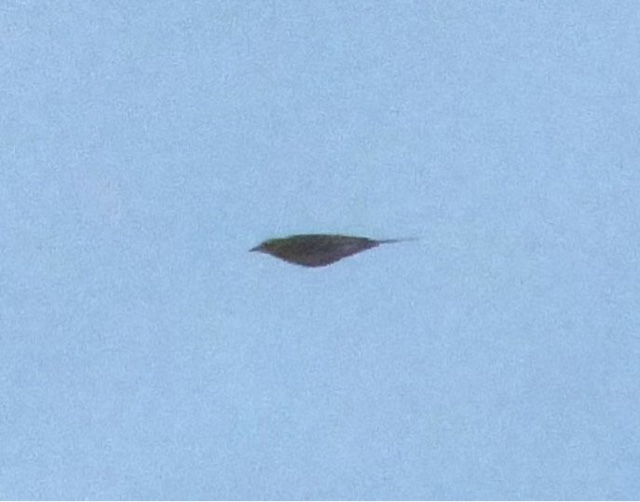 A Richard's Pipit was first heard as it flew from the main path down the west side, it soon reappeared and toured the top of the island for a few minutes including the top paddock where it dropped down but was then chased by a Meadow Pipit to the grass outside the obs gate before flying back north and east and disappearing off to the south east towards West Kirby/Red Rocks saltmarsh. Other Richards Pipit's in the last few years have also been very reluctant to stay long, and only record flight shots could be obtained today which is slightly better than no photos at all, which has been the previous experience. 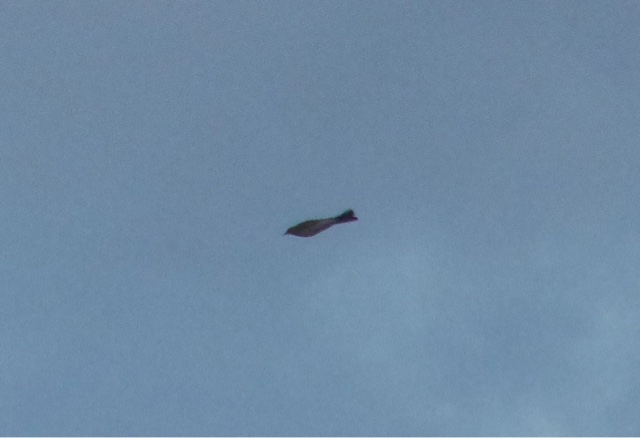 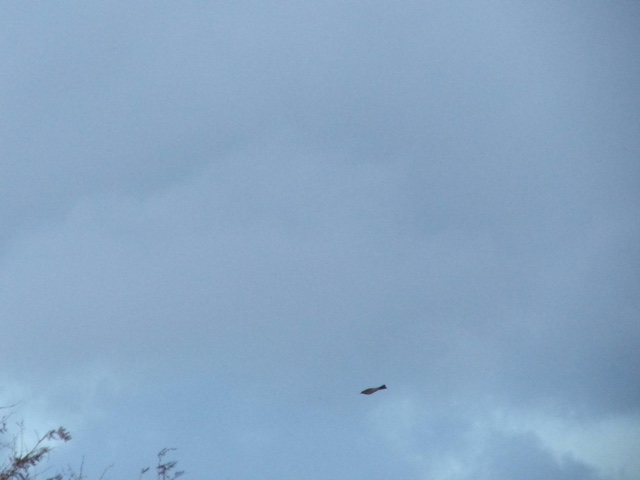 Uncropped 'record shot' of the Richard's Pipit above
There was a small passage of over 100 Meadow Pipits this morning and a couple of Goldcrests and a Blackcap were ringed, while a single late Swallow flew south passed the north end. 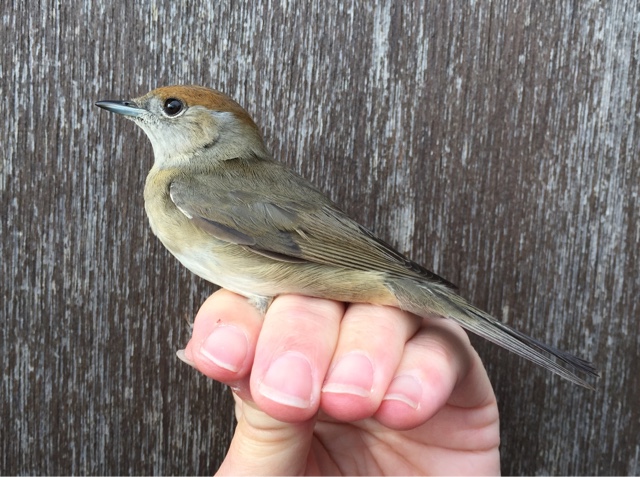 The Norwegian ringed Rock Pipit was retrapped this morning, it was one of at least four on the island, perhaps it will stay for the winter?  Photo below shows the Scandinavian bird on the left with a retrapped Hilbre-ringed bird on the right. 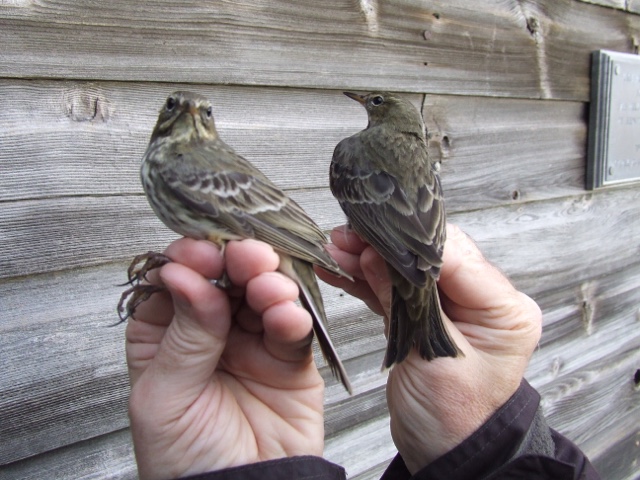 The other Rock Pipits spent time bathing and preening in the October sunshine (see below) and avoiding our potter traps! 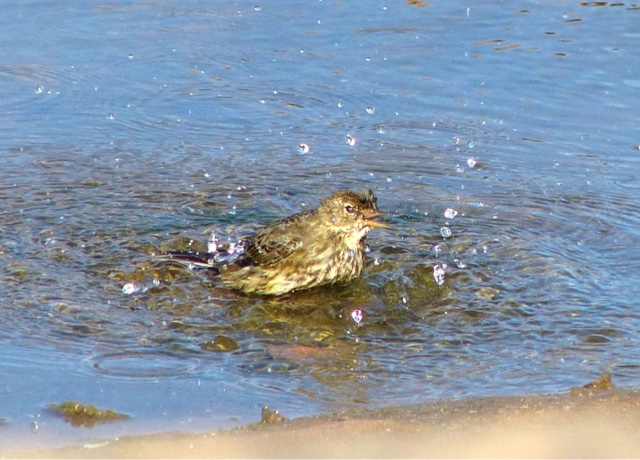 A prolonged sea watch during the very high tide today was very fruitful, the highlights being a Scaup, an Eider, a Mediterranean Gull, plus all the regulars: 5 Red-throated Divers, over 5,400 Common Scoters (including a flock of 5,000), 55 Guillemots, 4 Razorbills, and 8 Great Crested Grebes.
Oystercatchers roosted the tide on Middle and the south end of the main island, numbering 7,500 and 180 Curlew were also on Middle. There were 80 Dunlin at the North End (see below upper), but other small waders were difficult to count (such as Ringed Plover - below lower) as many stayed the tide on Middle. 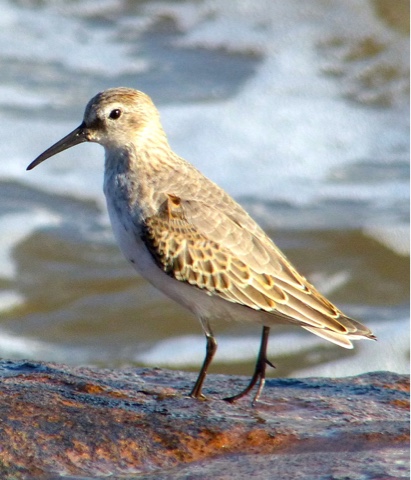 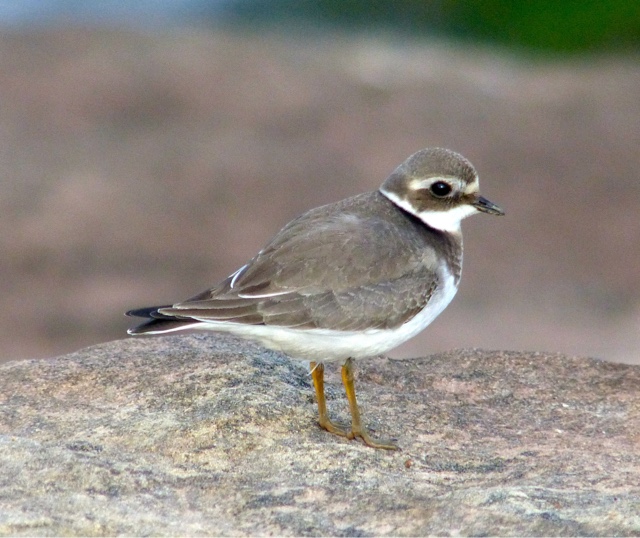 The 20 Brent included the 'HDRB' blue/red ringed bird (ringed in Canada) with his partner and two juvenile/first winters (see below). 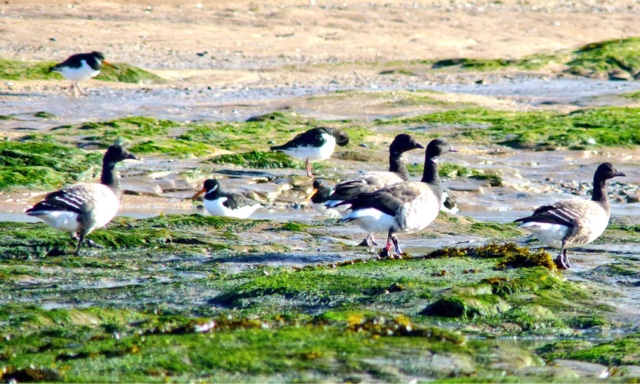