Weather: E force 1
A Richards Pipit was at Little Eye this morning at about 9.00 am and then flew towards the marsh at Red Rocks/ West Kirby. This is the second record this autumn although there is a possibility it could be the same bird. A light easterly made it a very good day for migration all round which included records of  282 Starlings (with a large flock of 215), 23 Skylarks (with a group of 10), also varied species including a flotilla of 6 Whooper Swans and a Mute Swan floating down the west side (below), 5 Jackdaws flying south east, a flock of 67 Pink-footed geese going south, 13 Wigeon to the north and another 8 later, also 3 Teal, and 6 Lapwing seen south of Middle Eye. 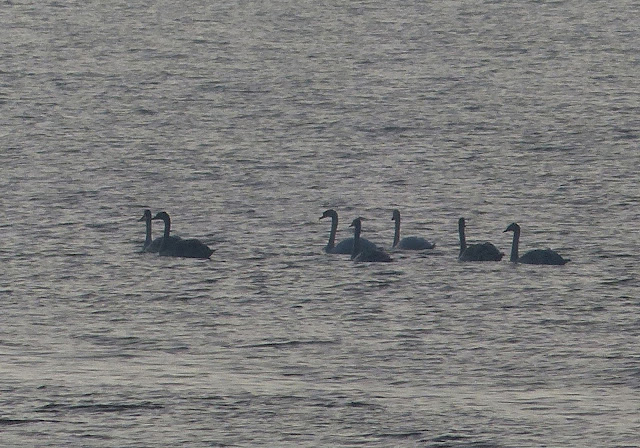 On the ground this morning were 11 Goldcrests, 3 Blackbirds, 2 Song Thrushes, 10 Wrens and a Chiffchaff, while also passing were 4 Chaffinches, 2 Grey and 7 Pied Wagtails and an immature male Sparrowhawk. Records of sea birds today were 30 Common Scoter, 4 Great Crested Grebes, 3 Guillemots and a Razorbill, and waders seen included 96 Redshank, 17 Curlew (below) and 10 Bar-tailed Godwits. Three hundred and 50 Shelduck were out on the east hoyle. 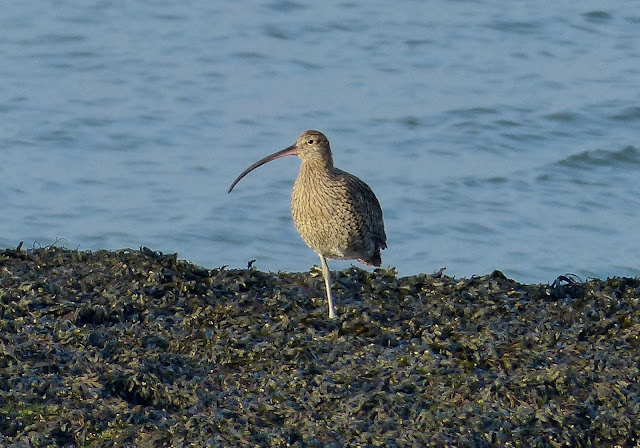 As the tide flooded in the evening 114 Brent Geese came into view (below, 3 juveniles and an adult). 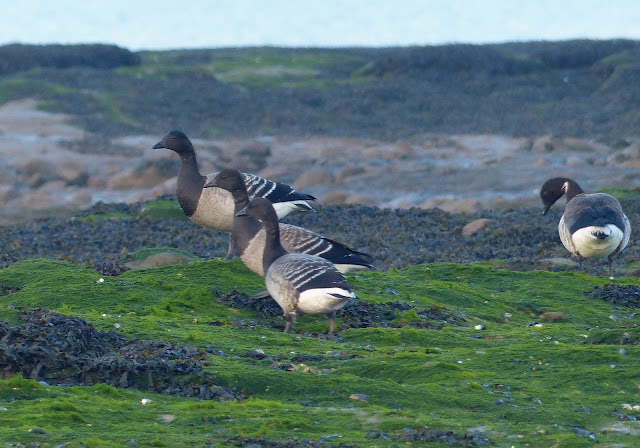