Weather: NW force 3/4
The first yellow Wagtail of the year flew over this morning, and it was a wagtail day all round with a group of 20 White Wagtails at the lookout first thing which flew off to the west, and several White and Pied passing during the morning. A Reed Bunting appeared by the pond and a Willow Warbler was elusive in the trapping area. Very little other movement in the north westerly as expected, apart from the alba wagtails, just the addition of a Chiffchaff and 2 Goldfinches and the late arrival of a Wheatear on the west side in the early afternoon. Brent numbers continue to decline, but at least 75 were still around the islands today, likewise waders were few although a roost of 50 Redshanks and 12 Turnstones were in Niffy bay at the high tide. 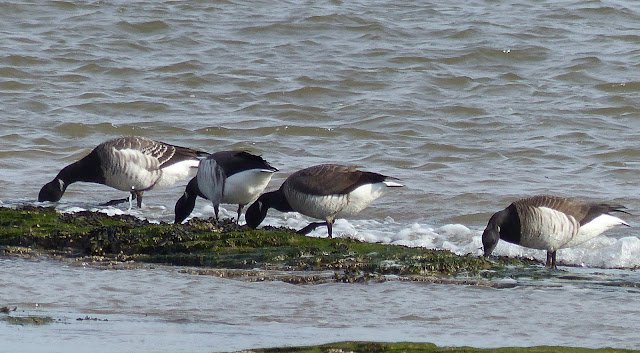 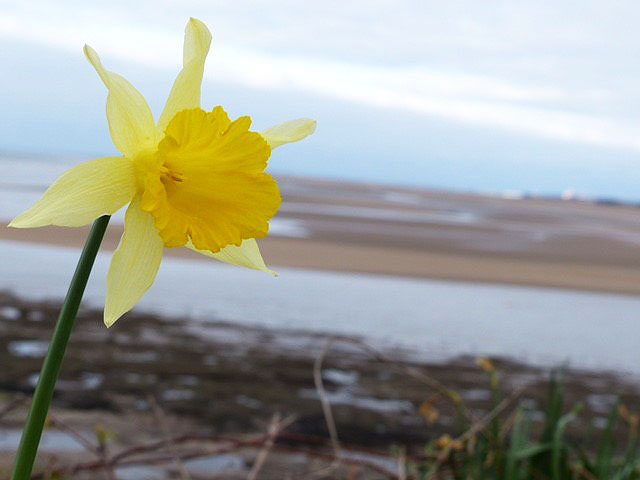 Herring Gulls however were showing in good numbers and an estimated 750 surrounded the area,
including about 400 which stayed on or hovering over Middle for the tide. An Orange Tip was the only butterfly to brave the cold breeze today. Considering the wind conditions a sea watch was disappointing with no sightings of Gannets or Sandwich Terns, and a close Red-throated Diver and couple of Great Crested Grebes and a few Common Scoter were the highlights.

Thanks for the generous donation from the party led by Dave Steel that visited over the tide (above)  Ringed: Nil       [ 87-19 ]
Photos: daffodil (Ruby Hitchmough), seal haul out (AEH) others Dave Steel
Posted by Colin Jones at 09:02