What a difference a day (and a change in the wind direction) makes! 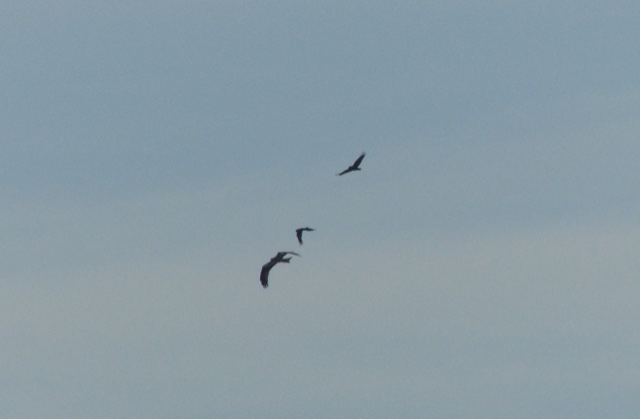 A promising start with the first 2 Willow Warbler of the year arriving along with 3 Chiffchaff, 3 Goldcrest and 3 Goldfinch, a Reed Bunting was in the old obs garden. 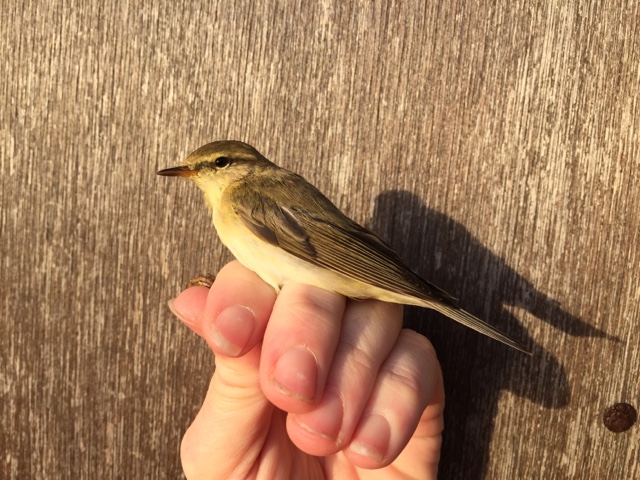 Four Sand Martins flew in from the sea and down the west side, a Collared Dove and 3 Woodpigeons were noted around the islands and 2 Canada Geese did a couple of fly-byes. 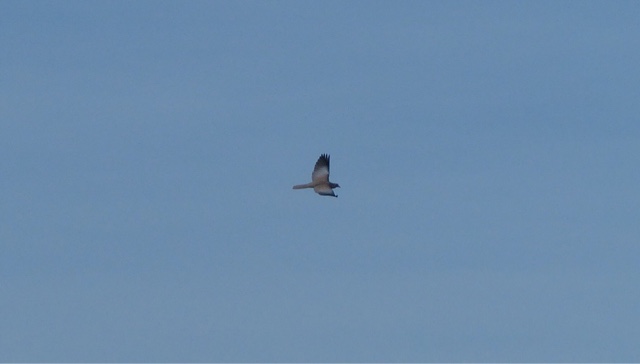 Two of the 6 Carrion Crows present were seen mobbing 2 Raven over Middle Eye and 88 Pink-footed Geese flew out of the estuary. 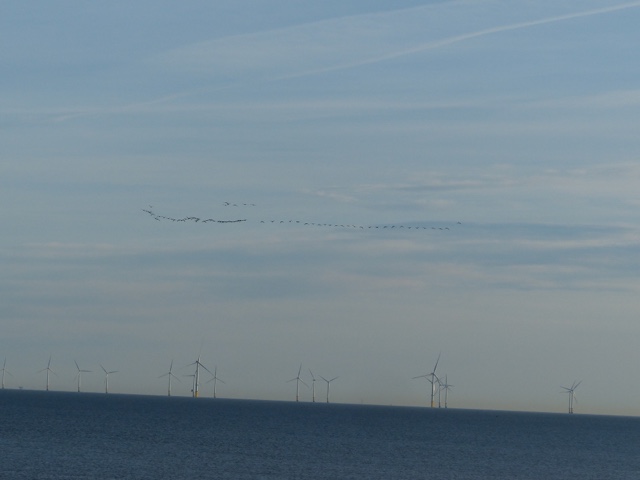 It seems to be turning into a tradition at the Obs that good birds turn up during tea and biscuits, today's star tea break turn was a Red Kite being seen off of the air space above Middle by 2 Crows and then flying east; it made the day for all present.  This is only the seventh record for the Hilbre recording area (all since 1994).  The most recent being as recent as March 2016 - see our blog page http://hilbrebirdobs.blogspot.co.uk/2016/03/14th-march-2016.html 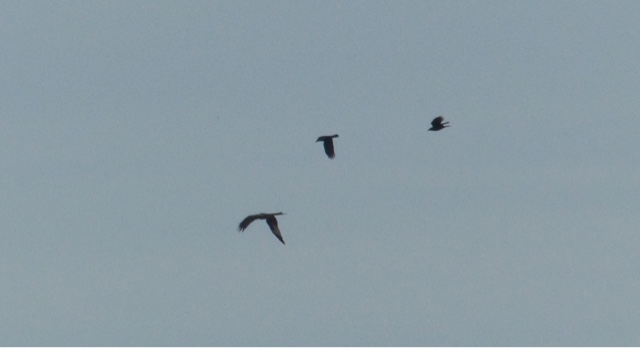 Among other birds noted today were a Kestrel, 6 Shelduck, Rock Pipit, Pied and White Wagtails and two male Wheatears.  The brent count was 214 and a Whimbrel was heard calling as the tide came in.  Meanwhile a single Lapland Bunting was heard and seen from Red Rocks heading over Middle. 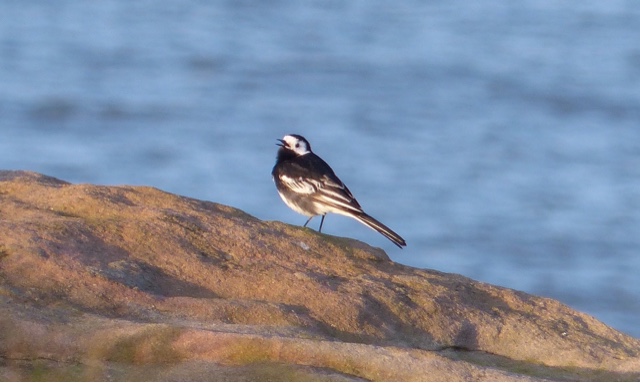 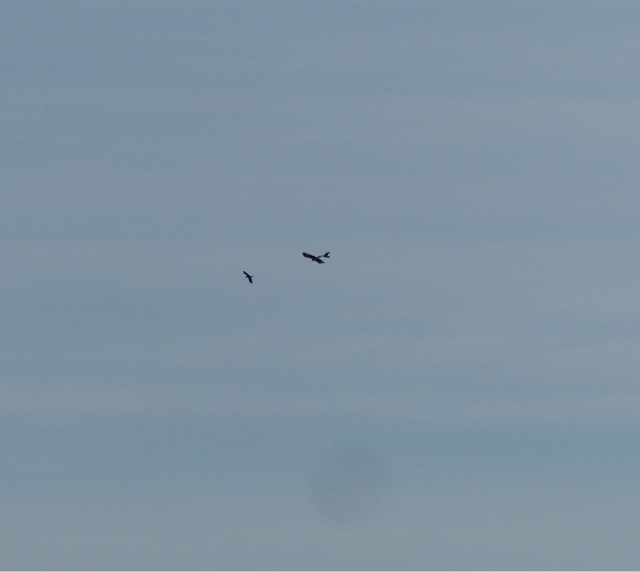