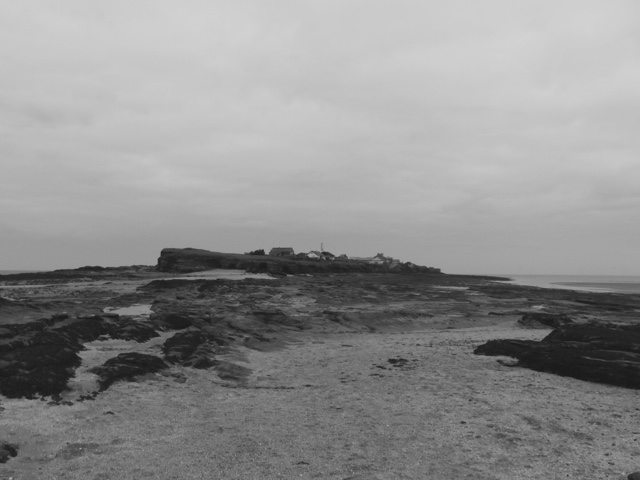 A few of the regulars made the treck out to the island today despite the wind direction and weather not being conducive for passerine migrant arrivals.
They were greeted with the sound of Whimbrels calling with several flocks and singles passing through (totalling 24).  A single Greylag Goose flew south west.
It was a day to remember the first entry made in the Observatory log on 20th April 1957 (see below).  Therefore we wished ourselves happy birthday for 60 years of the Obs! 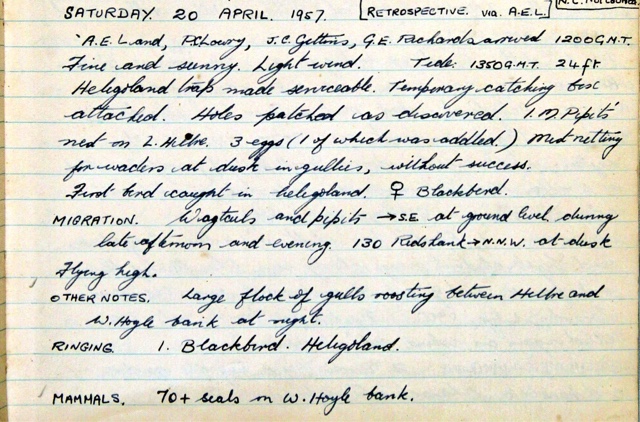 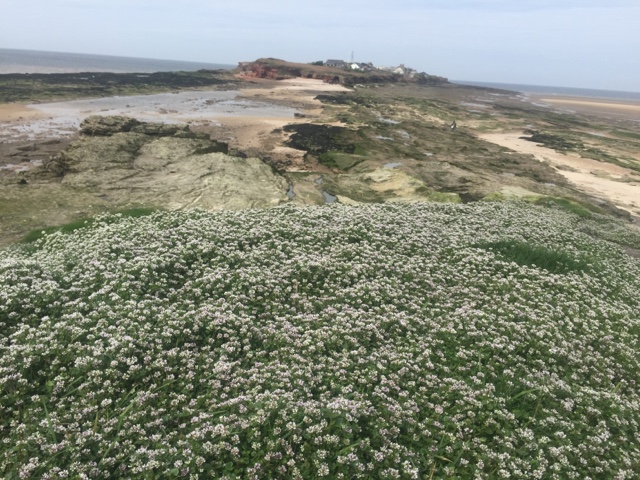 Even before the tea could be brewed and the biscuit tin could be opened cries from the balcony of 'Glaucous Gull' went up and observers watched as a first winter Glaucous Gull hung in the wind with other gulls above the North End. 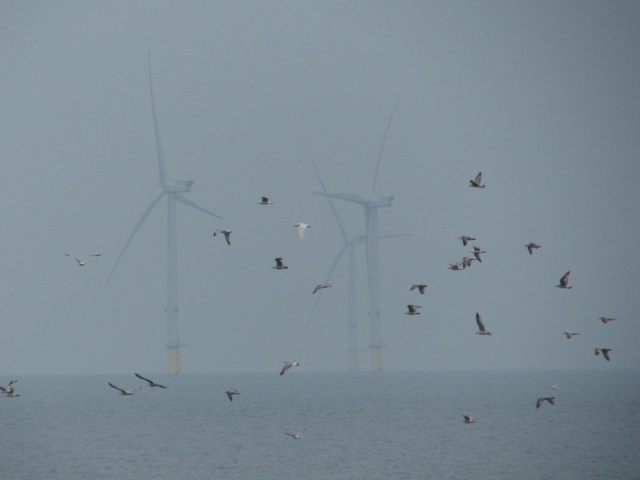 The gulls, waders and Cormorants had been disturbed from around the islands and thoughts swiftly turned to the possibility of a large raptor but unfortunately nothing could be found and attention remained on the monster Glauc which drifted above the west side of the island and flew passing all observers by the Obs gate. 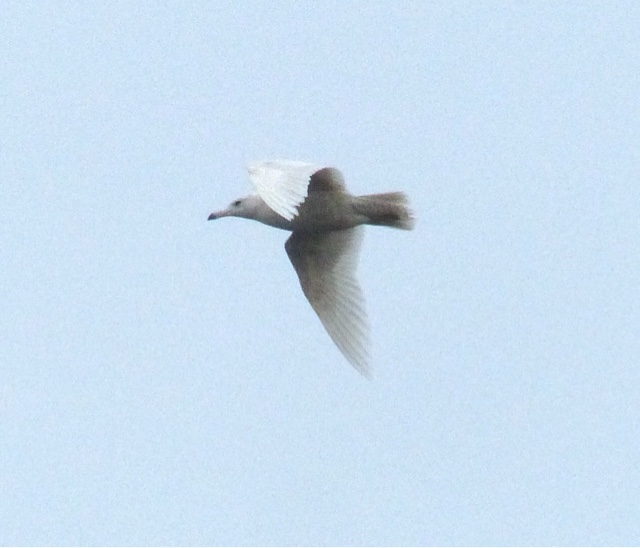 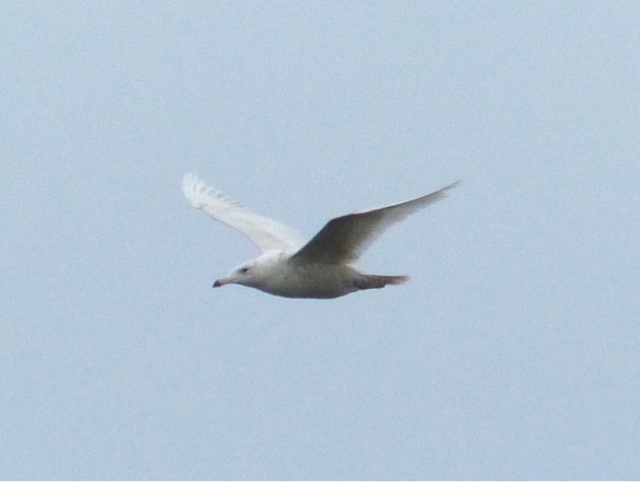 This is the first Glaucous Gull seen from Hilbre since a similar occurrence on 8th April 2014: http://hilbrebirdobs.blogspot.co.uk/2014/04/8th-april-2014.html?m=1 April is the best time for seeing 'white-wingers' at Hilbre with three of the last four Iceland Gulls also seen during this month. 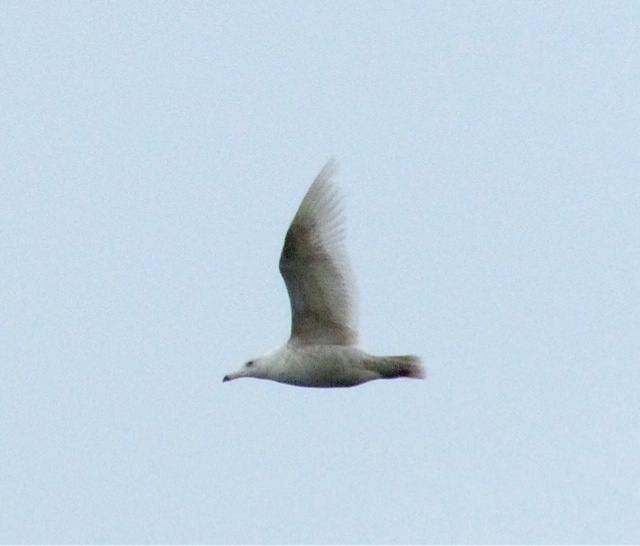 A Common Sandpiper, the first for the year, was found at the South End and afforded nice views. 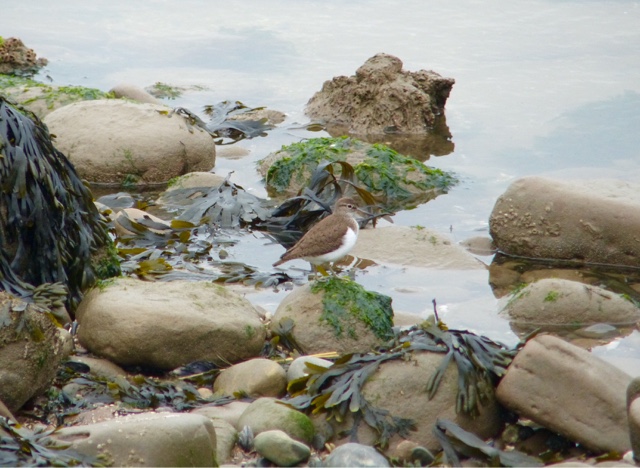 Waders were much in evidence with an increase in the Dunlin flocks already with 500 counted. 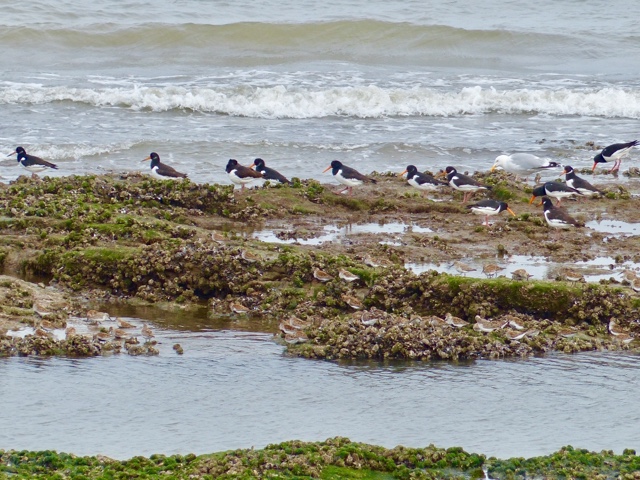 It was a great few hours on the island despite the weather. 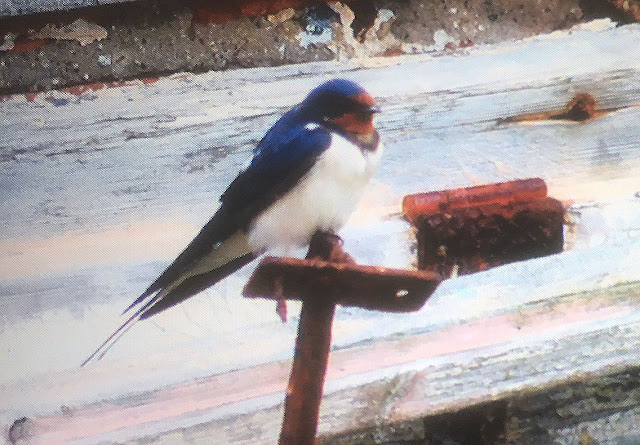 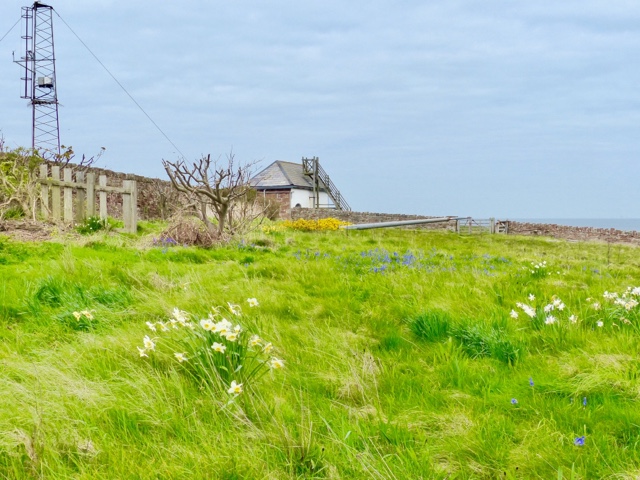