Weather: ESE force 1, partly cloudy for a change
The immature male Eider, a stayer at Hilbre since the winter was this morning sitting with the Gulls on the whaleback as the tide flooded. 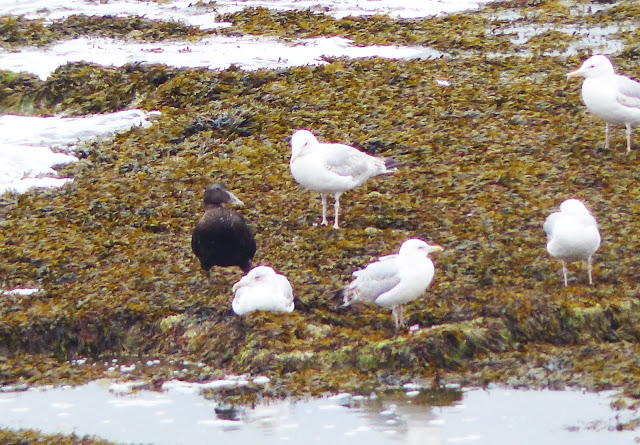 Three Gannets flew closely up the west side of the island and others fed more distantly with the terns off the north end. Eight Common Scoters gathered in a huddle off the north shore.

Mixed fortunes to report today for the breeding birds with the second brood of the Pied Wagtails suddenly disappearing from the nest, (below adult and juvenile from the first brood and possible culprit?). 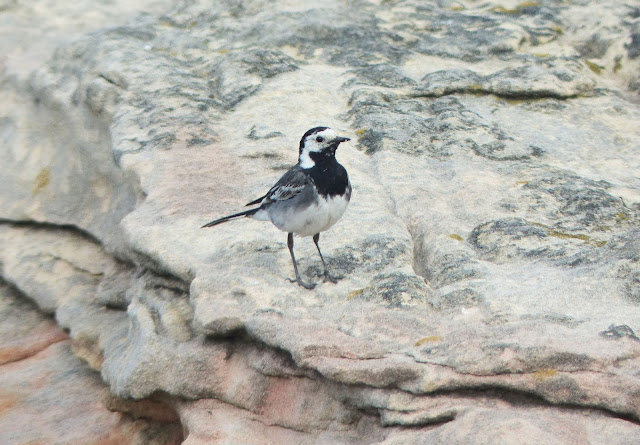 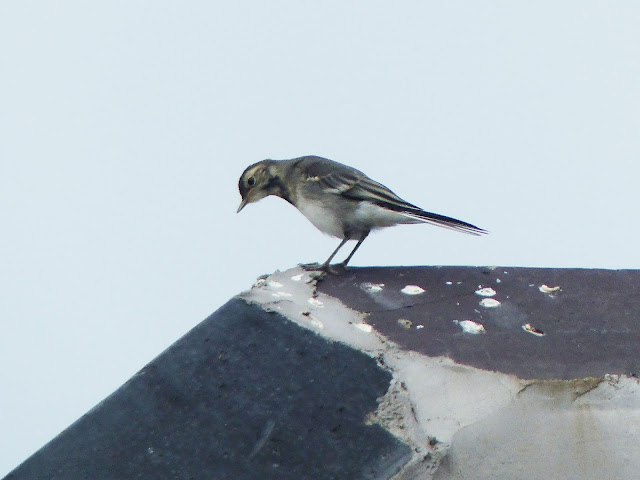 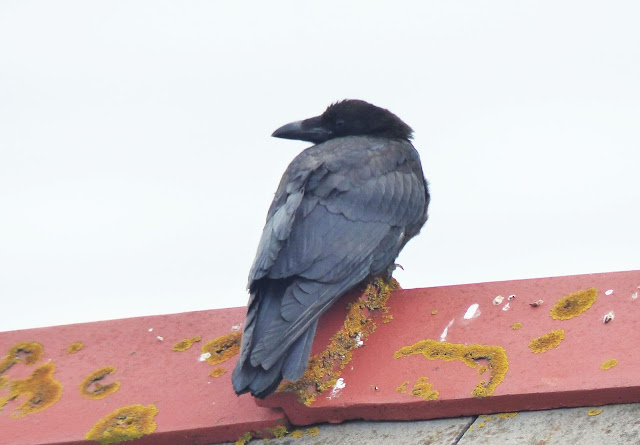 But the cliff nesting Swallows seem ready to fledge any time now and the young from another nest were again waiting to be fed from the obs balcony. 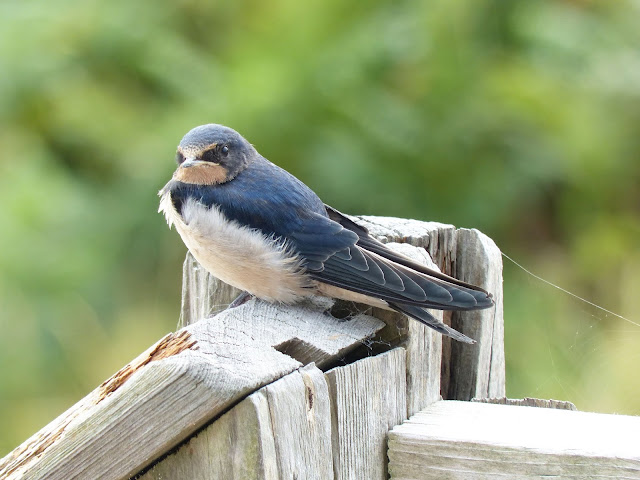 A Swift called overhead mid-morning, some of these birds are already thinking about moving off south. In addition to the returning Curlews now present, 2 Whimbrel called off Middle Eye.
In the afternoon after the ebb an Arctic Skua showed off the north shore.