A perfect day for the Hilbre members AGM and Barbeque on the island and an ideal opportunity to renew old friendships, including 3 of the founder members from 1957. 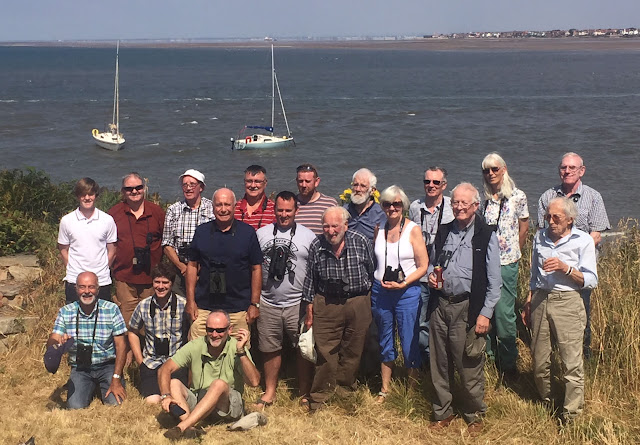 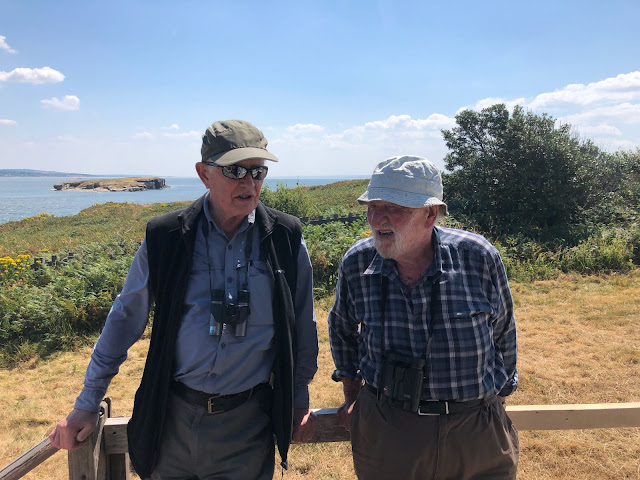 and relations and friends connected to Hilbre 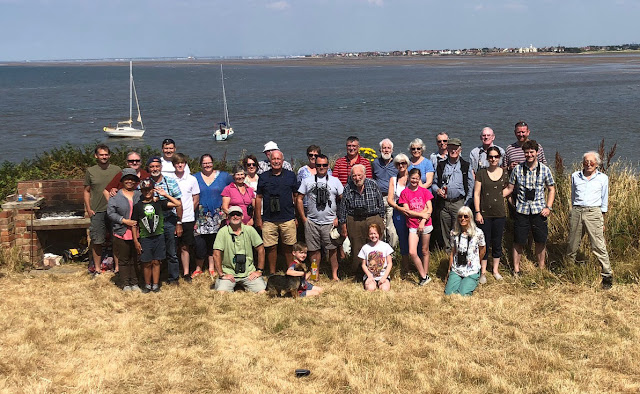 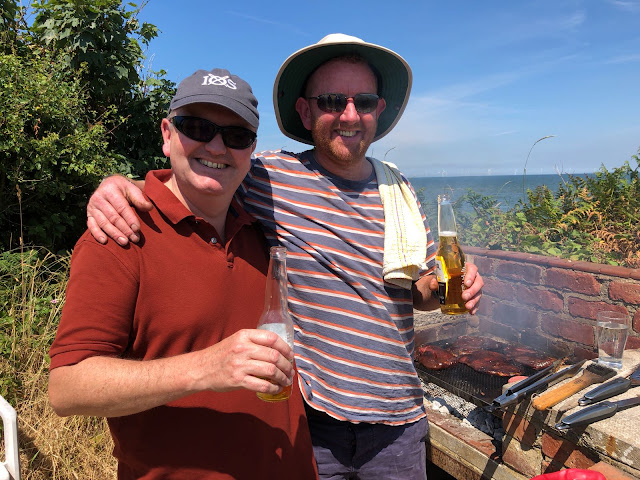 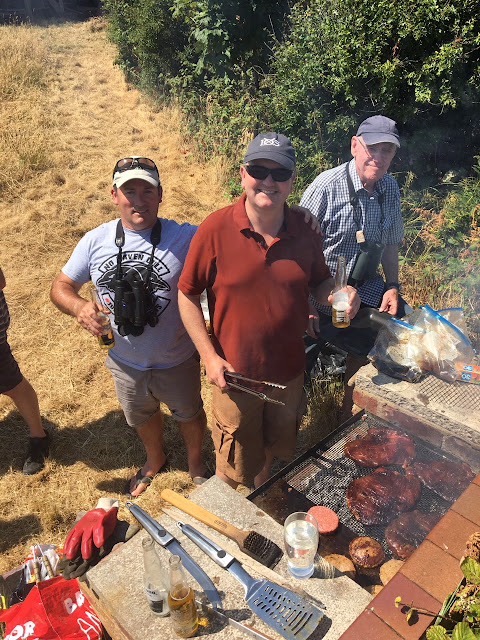 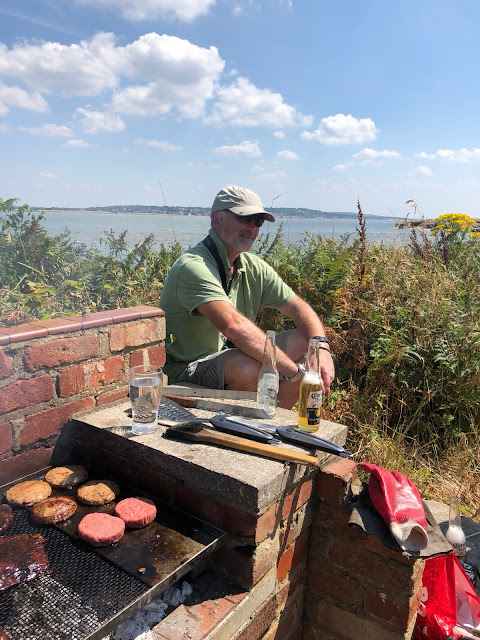 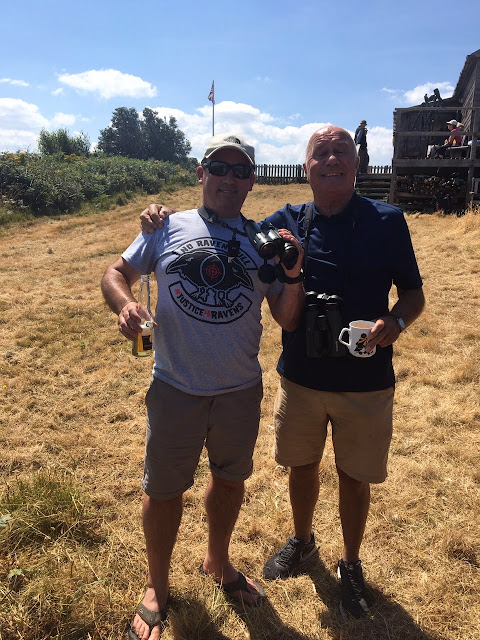 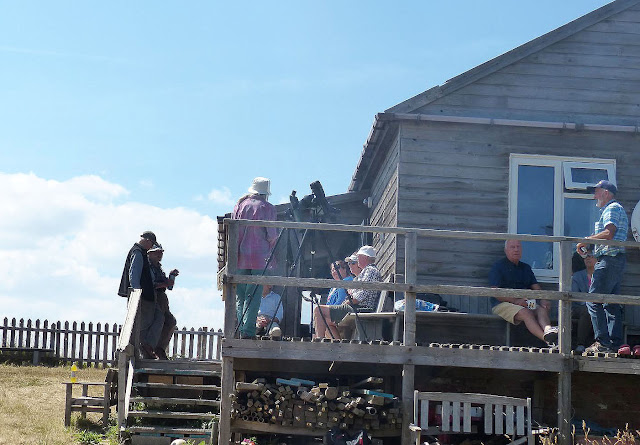 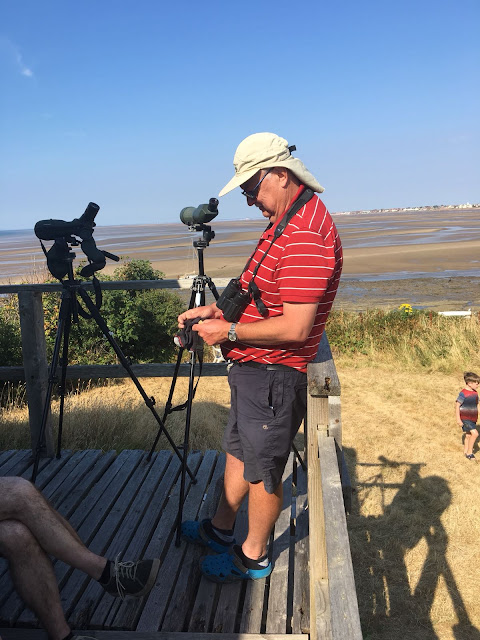 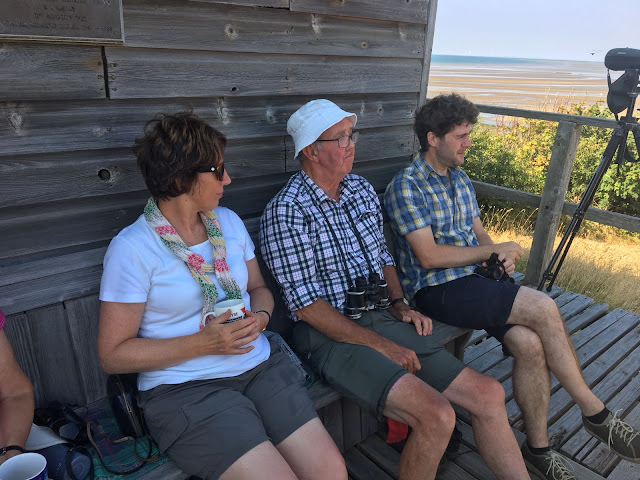 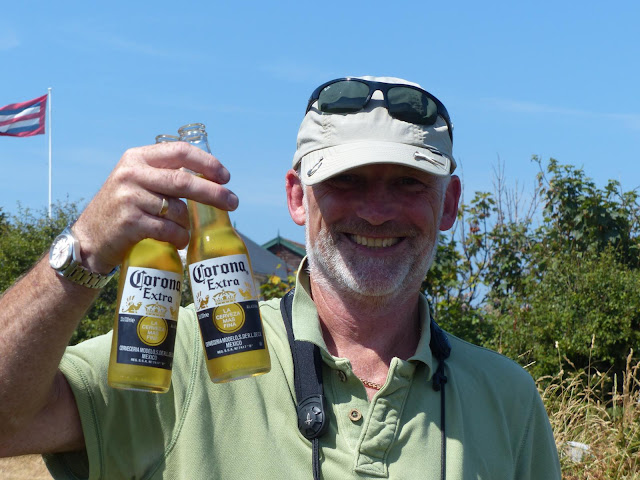 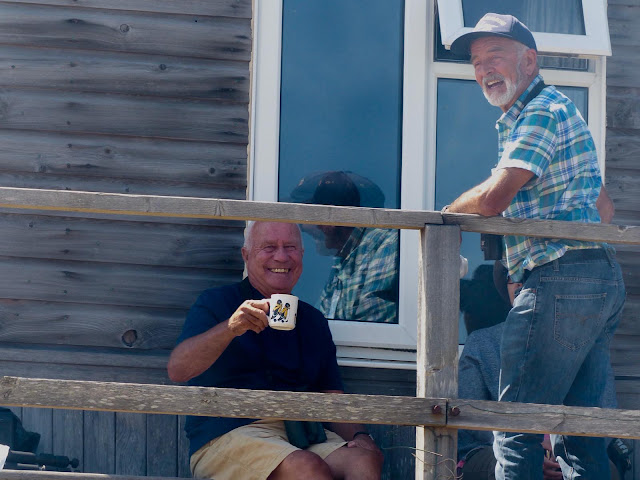 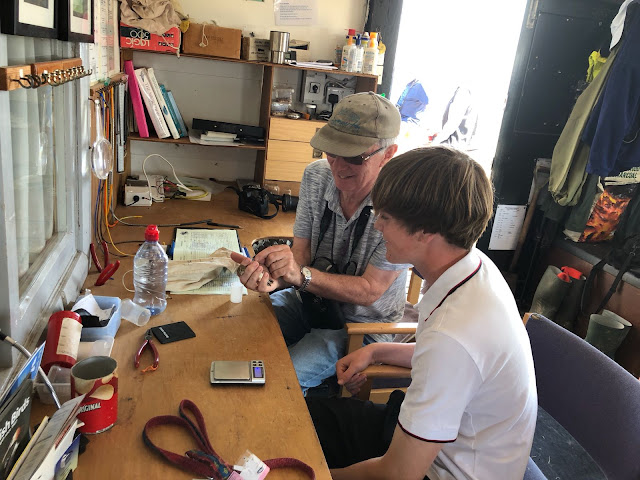 Before the high tide divided  us all from the sunseekers on the shore a Goosander was found sitting with the regular immature male Eider on the whaleback (record shot below). 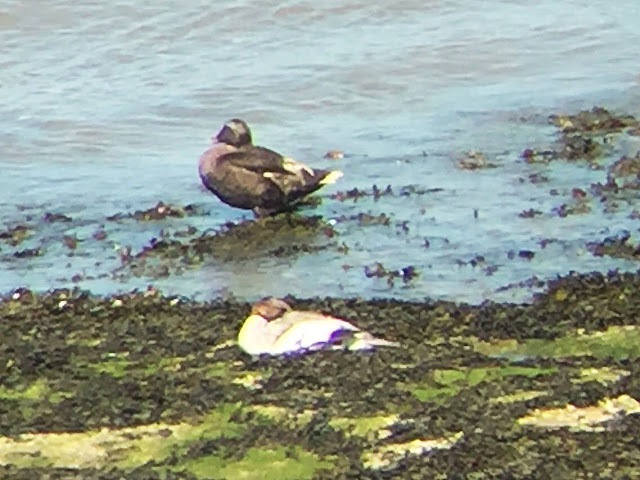 Later 2 new female Eiders joined the male that has been alone for some time.
An adult Meditterranean Gull was on the shore south of Middle, one of several around the Dee area this week.
Over 20 Swallows fed about the island, most thought to be locally breeding birds and young, although 7 Sand Martins were noted on passage today, also 6 Swifts. Lots of butterflis flying today including 60 Large Whites, several Red Admirals and Peacocks and a Painted Lady, while insects featured Bombus monticola on the Rock sea lavender. 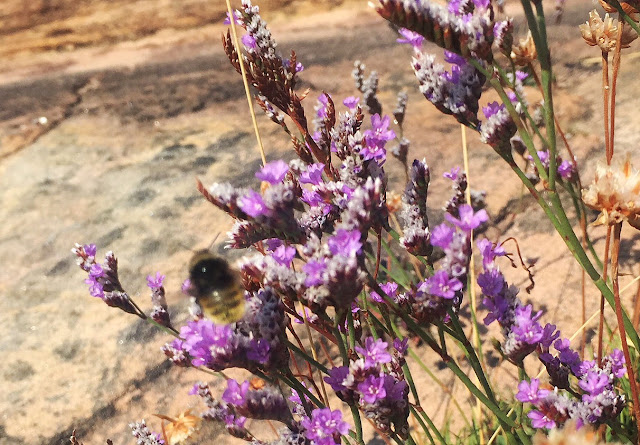