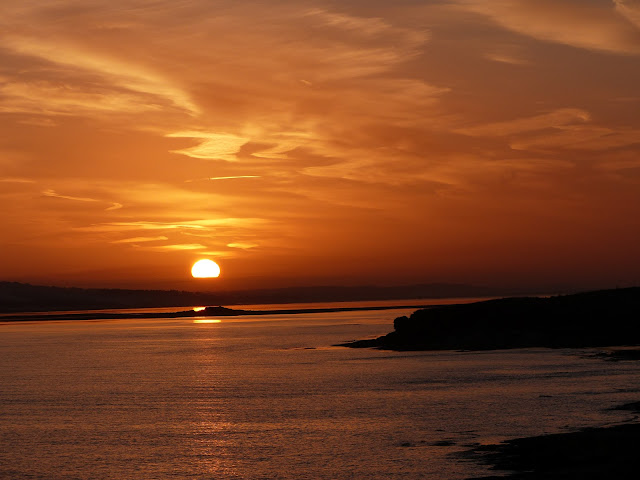 Amongst the 223 Brent Geese feeding on the Whaleback and along the rocks on the west side  were 2 colour ringed birds, one ringed in Iceland in spring 2017, the other in Ireland as a young male in Feb 2012. 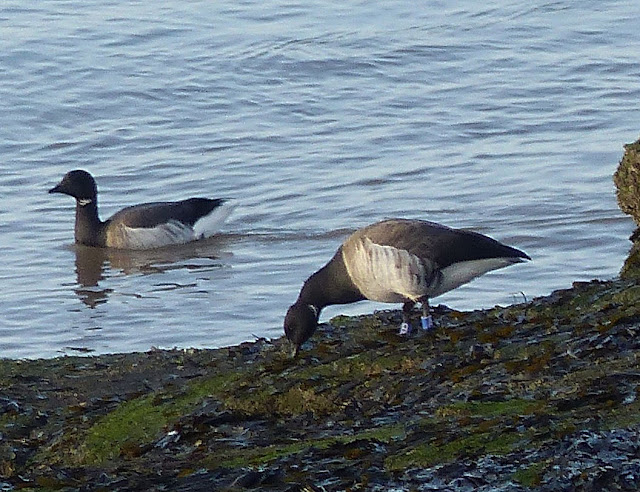 There is still an Eider around the islands and on the sea a single Red-throated Diver, 35 Great Crested Grebe and 52 Common Scoter. 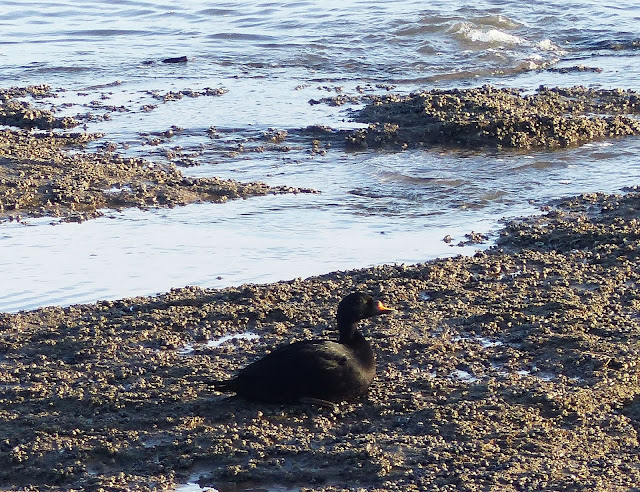 Also on the sea and sand banks were 860 Cormorant. 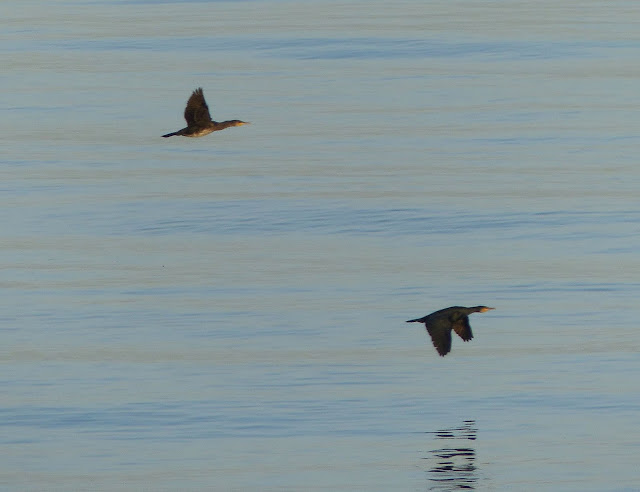 Only 2 Purple Sandpiper were found but Redshank numbered 122, 500 Knot, 354 Dunlin and 15 Sanderling were on the North Shore and 61 Turnstone were around the island. 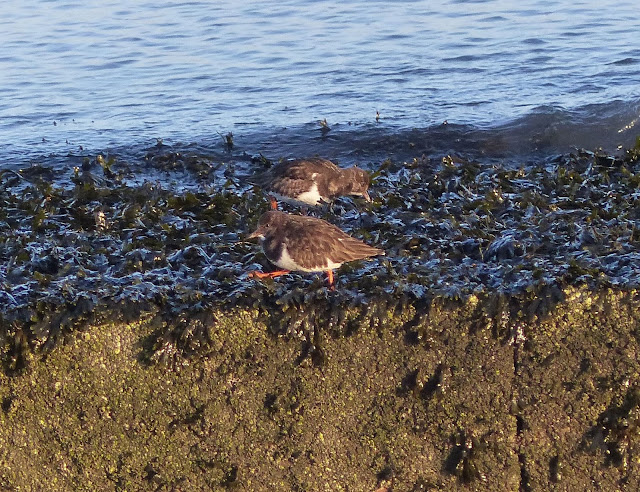 The only additional passerines were a Redwing calling over the Obs early and a Skylark later, 2 Linnet were also present.
photos AS
Posted by Colin Jones at 17:01