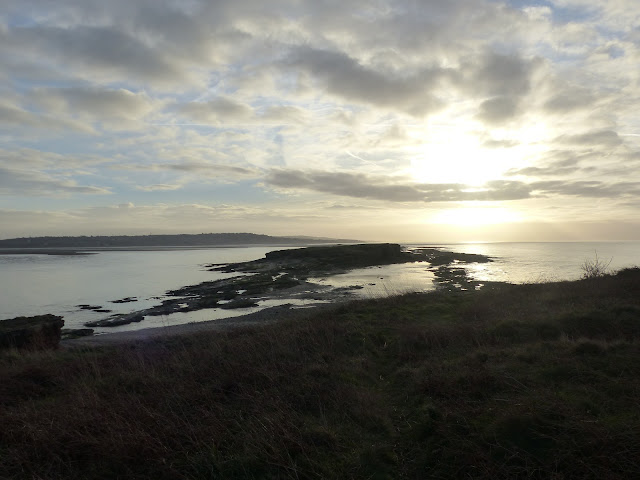 Today was a slightly better day for Duck than of late, with 3 Red-breasted Merganser and a fine male Eider floating between Little Eye and Middle as the tide rose, two female Eider were around the main island and a male Scaup was in the Swash. Between Little Eye and the Marine Lake were 124 Shelduck after tide and 58 Common Scoter were off the North End with a single Red-throated Diver.
The 200 plus Brent Geese included a colour ringed bird.
Waders logged today included 1,200 Dunlin and 2,270 Knot…. 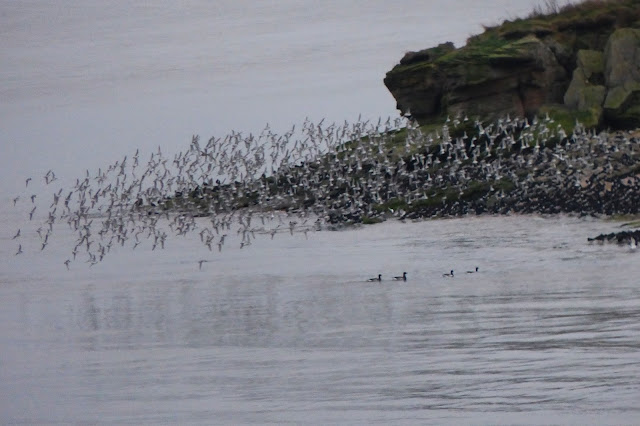 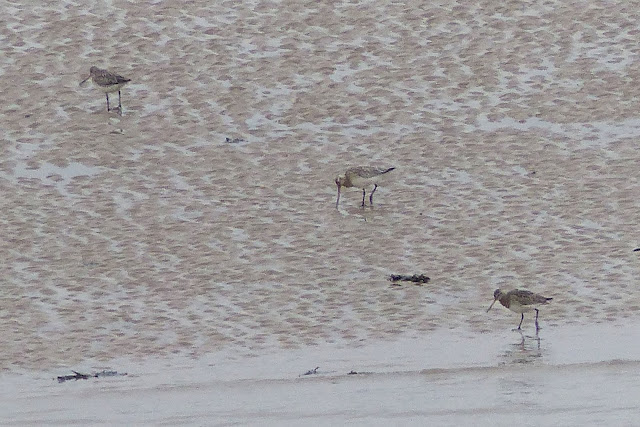 A Little Egret and 2 Grey Heron were present. 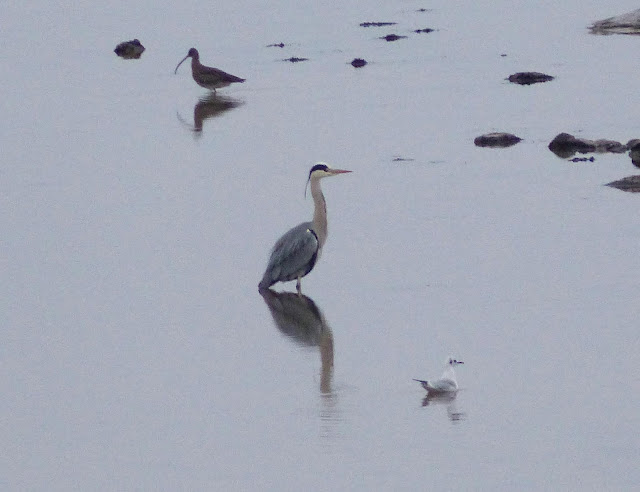 Five Linnets flew over the island but only 1 Song Thrush was seen today. 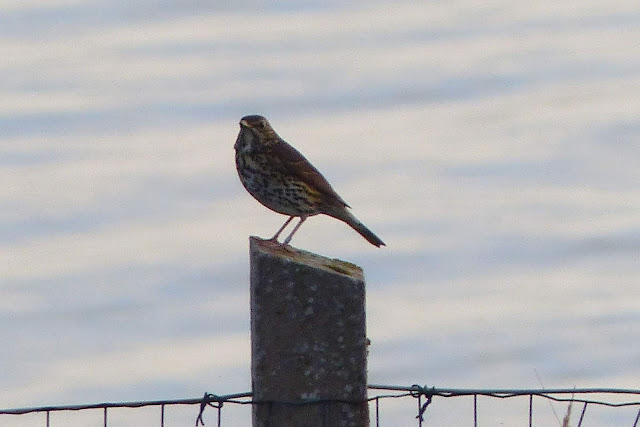 A Common Seal was hauled out on the east side after tide briefly and 3 Harbour Porpoise were watched for about 20 minutes.
photos AS
Posted by Colin Jones at 08:49