A Rock Pipit was at the south end of Middle with 3 Meadow Pipit also present and 3 more on the main island. 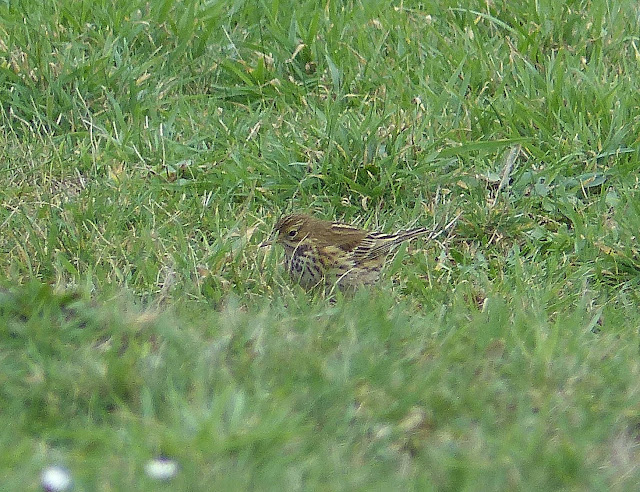 Brent Geese numbered 220 along with 42 Shelduck and an Eider around the islands. To sea were 800 Common Scoter, 12 Great Crested Grebe and a Guillemot.
Waders recorded included 800 Knot, 620 Dunlin, 88 Grey Plover and 3 Purple Sandpiper.
Two Little Egret were around the islands and 14 Great Black-backed Gull were noted.
As a member arrived pre dawn a Fox was spotted on the east side rocks, there seems to be one permanently present again so far this winter.
photo AS