Weather: SE force 3/4 increasing, cloudy and cold
An uncomfortable morning with a cold gusty wind. The first Swift of the year flew in from the west early on shortly followed by another, this is an extremely late date for the first at the island, especially as coverage has been complete over the last couple of months. 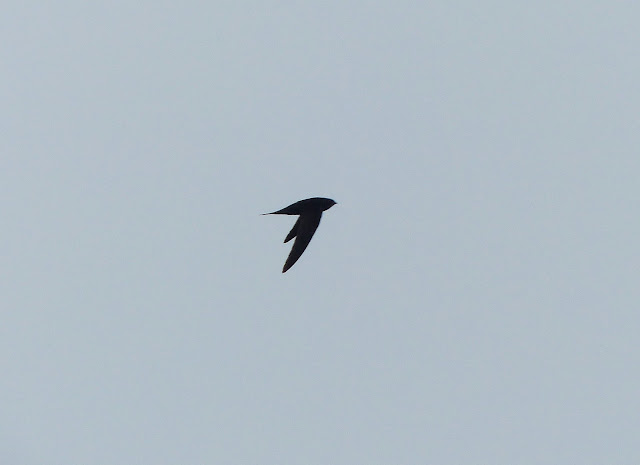 Gannets were again off the west side, 80 in total with 120 Sandwich and 70 Common Terns, while Manx Shearwaters (24) showed closely off the north end. 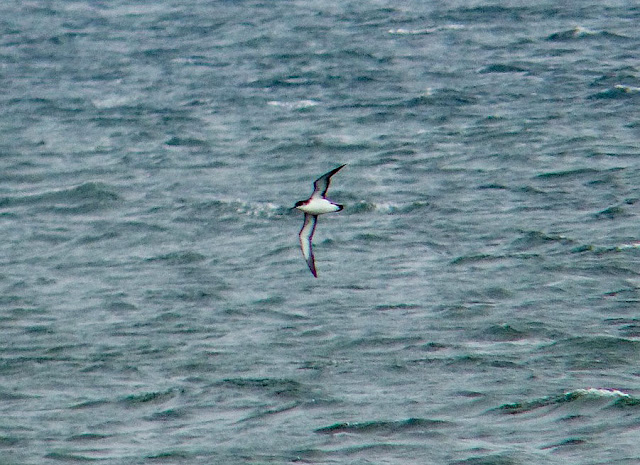 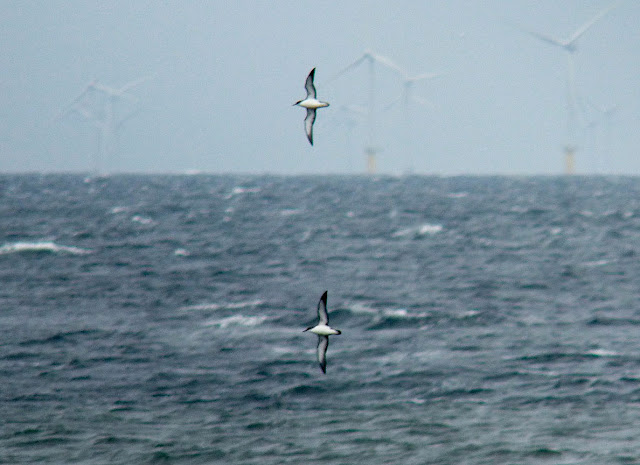 Other sea birds noted included 2 Red-breasted Mergansers, 28 Guillemots and a Kittiwake. Four Eiders off the whaleback caused a surprise as only 2 immature males have been around recently. 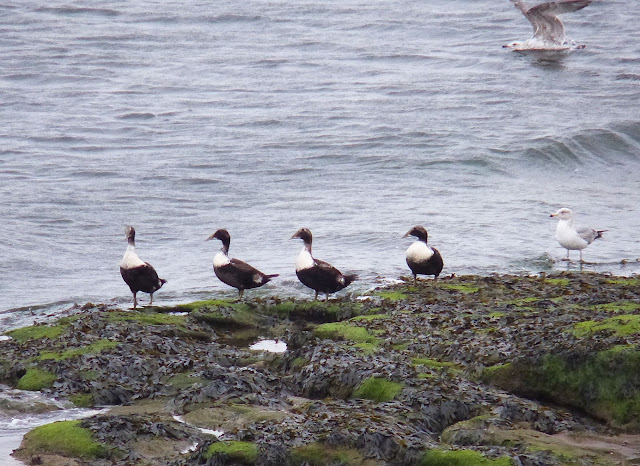 A Woodpigeon was on the obs fence first thing and a Yellow Wagtail flew over Middle. About 8 Willow Warblers landed during the morning, also 2 Greenland Wheatears, a Chiffchaff and a Whitethroat, while passing through was a White Wagtail, several Goldfinches, 20 Swallows in off the sea and a Sand Martin. Twenty five Dunlin flew south but very few other waders showed on the shore, apart from 5 Whimbrel, 3 Turnstones and 2 summer plumaged Grey Plover. 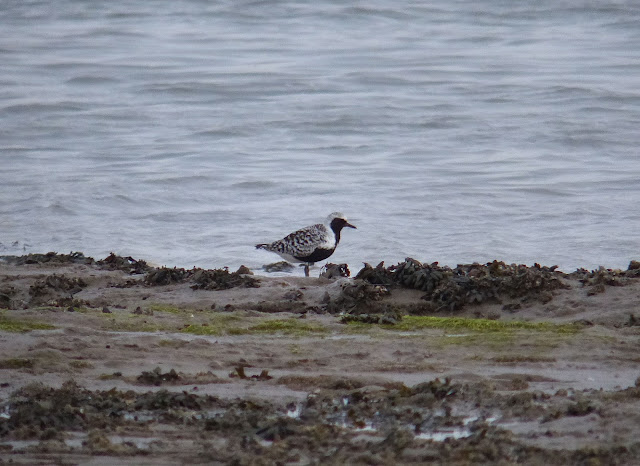