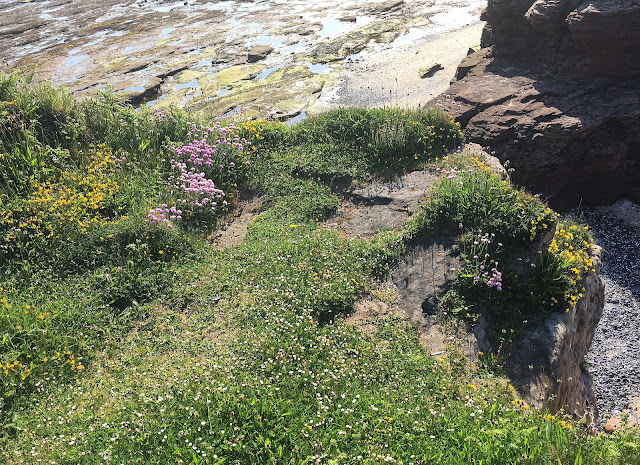 A Magpie was an early visitor, staying on the island for about an hour, but on the whole it was very quiet, and in that respect (also the weather) feeling like summer. 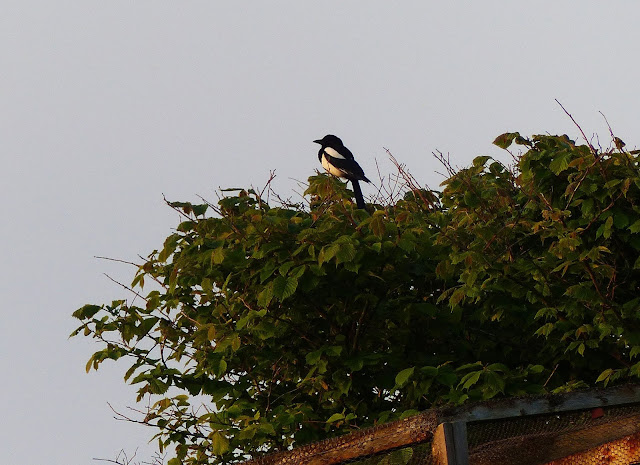 Pairs of Linnets can now be seen near their nesting sites 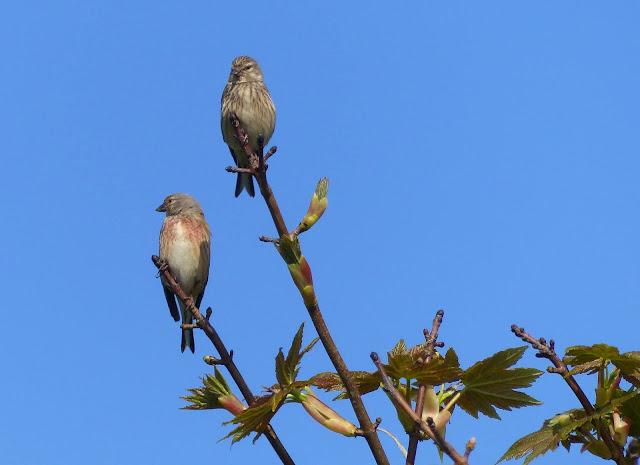 A Goldcrest was present after dawn, but not for much longer and for most of the morning migrants were entirely absent, but just as members were moaning about the lack of warblers a Sedge Warbler found itself in the SK mist net. It became the first to be ringed this year and only the third on the island, it been a poor year here for Sedge Warblers so far. 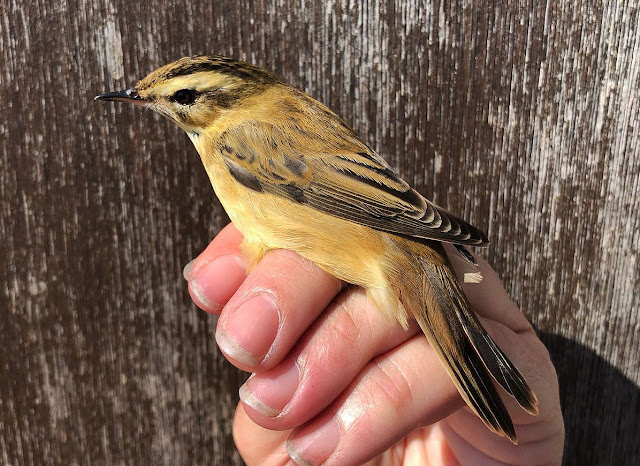 A male Goosander sat on the tide off the north shore, an unexpected sighting at this time, while the 2 Eiders were off the west side today and 50 Gannets were still feeding in Liverpool Bay.
A Whitethroat sang briefly in the SK paddock late afternoon.
Two Goldfinches were noted, also 35 Common Terns, 2 Whimbrel, 2 Grey Herons, and a Little Egret.
Ringed: 2 Linnets, 1 Sedge Warbler      [ 354-24 ]
photos CJ,SRW,AS
Posted by Colin Jones at 15:15